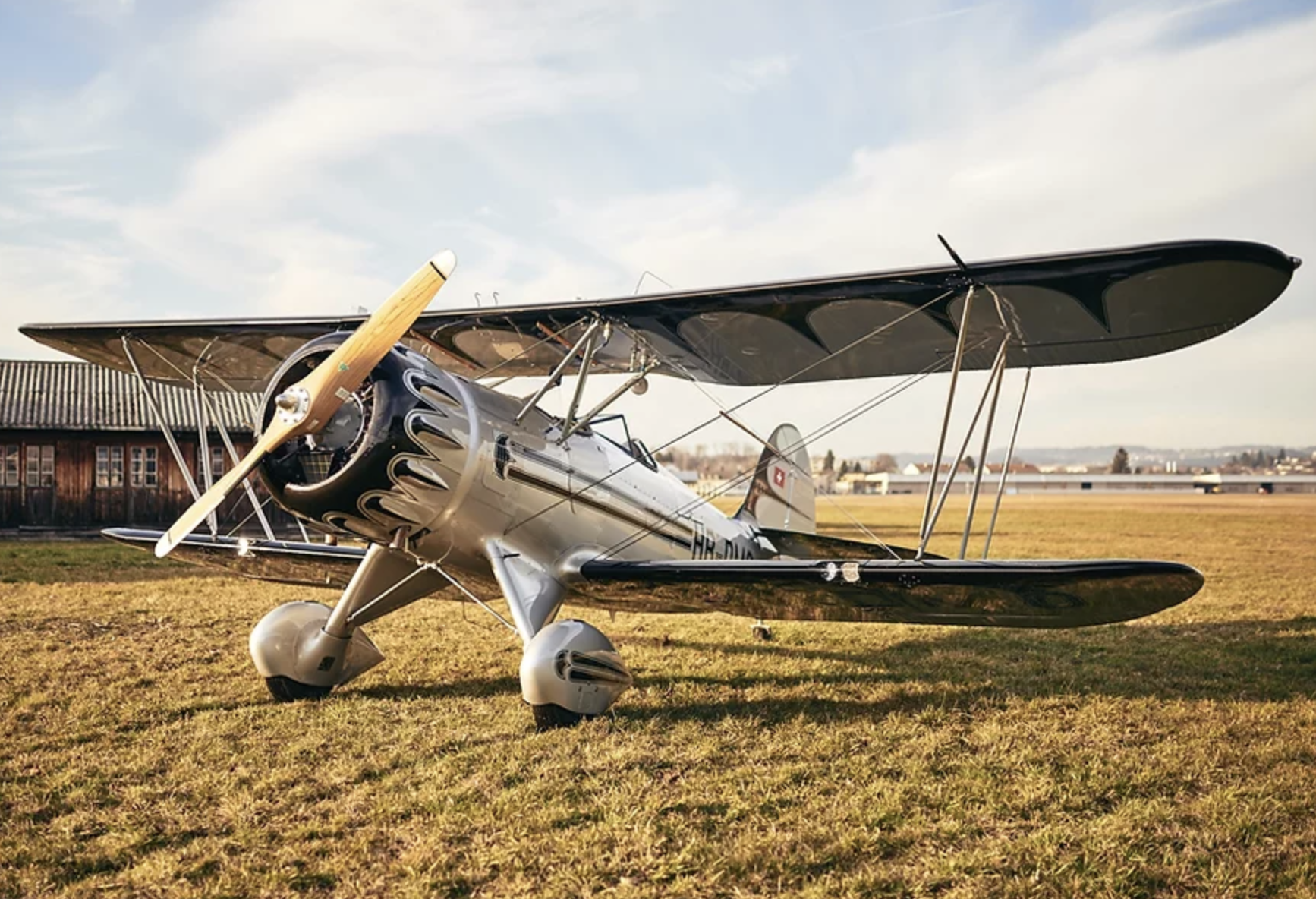 Restomods For The Skies

You’ve outrun the giant cascading boulder of meetings and deadlines and avoided the poison darts of office politics, so all you need now is a stylish old floatplane to wing you out of harm’s way—reliable engine, fixed prop, two wings, twin open cockpit and you’re gone. The Indiana Jones in all of us sometimes needs to escape from the daily jungle, which is where Waco Aircraft Corporation comes in.

In the 1980s, the Michigan-based company revived the classic Weaver Aircraft YMF with the original FAA flight certificate from 1935, but with a modern engine and avionics. It renamed the new-old aircraft the Waco YMF-5. After a recent ownership change, Waco grew from 25 employees to 100 and quadrupled its factory space. With that, production capacity went from five or six planes a year to 15 or 20. “The demand is definitely there,” Waco’s Alex Skiba told Robb Report. “There’s something magical about an open-cockpit, bi-plane with a radial motor that people really want.

That desire may spring from the combination of classic design with current amenities. A 300hp radial engine (the Jacobs R755A2) turns a fixed 92-inch wood prop to produce a top speed of 344km/h with a 185km/h cruise. At that pace it burns 53-litres per hour, giving it a range of roughly 563km—although an optional range-extending tank provides an additional 90-litres of fuel. The leather-trimmed cockpits include all-weather fabric inside, and there are covers for the cockpits as well for the engine. 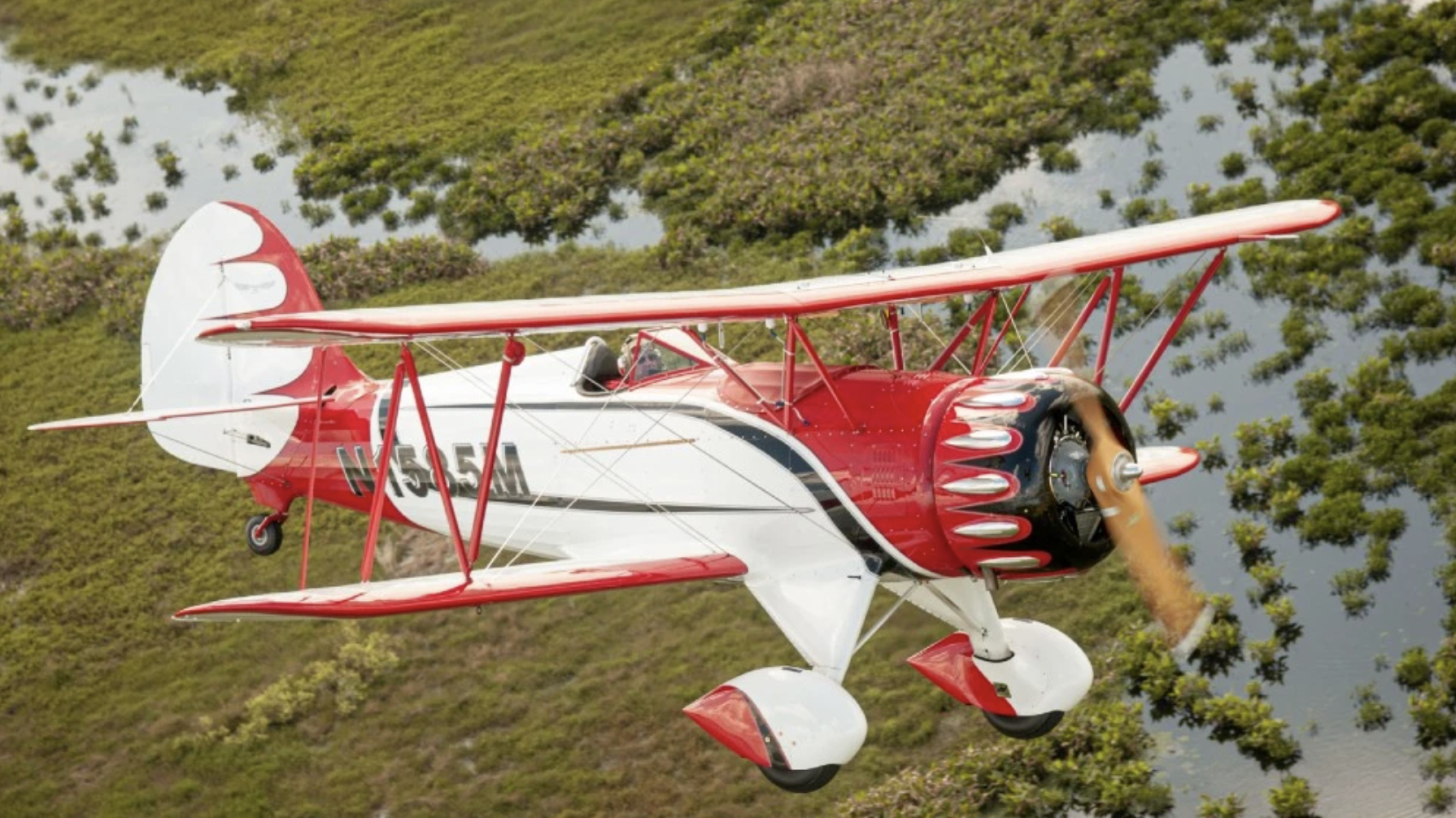 The best of both worlds: The original YMF design built now with a modern engine and avionics. Note the classic wooden propeller. Courtesy Waco Aircraft

“The majority of the challenges we’ve had come down to the craftsmanship and teaching our artisans the techniques and methods from the time of hand-building,” says Skiba. “But we have assembled an incredibly talented team.”

Wide-ranging options include custom exterior painting (with more than 150 colours available) and heated cockpits for which you can choose everything from the stitch pattern in the seats to the flooring to the harnesses. The instrument panel can accommodate old-school dials or an all-glass arrangement and includes a full range of Garmin nav and communications gear, with engine analyzer. Hydraulic brakes are standard, and other options include a composite propeller. And if you want a dedicated float-plane, that’s also an option. The amphibious version that Waco developed for the YMF-5 was designed from the ground up in 2016, with certification in 2020. “The wheels and floats of the two different YMF-5’s are not interchangeable,” says Skiba. “This is the first and only amphibious aircraft that Waco ever developed. It will be forever a float plane.”

The level of customization and the mechanics involved mean that something like 6,000 hours of labor go into each aircraft, which is why the price hovers around $650,000. But for collectors and the business jet owner who serves as his own pilot, the price is worth it. 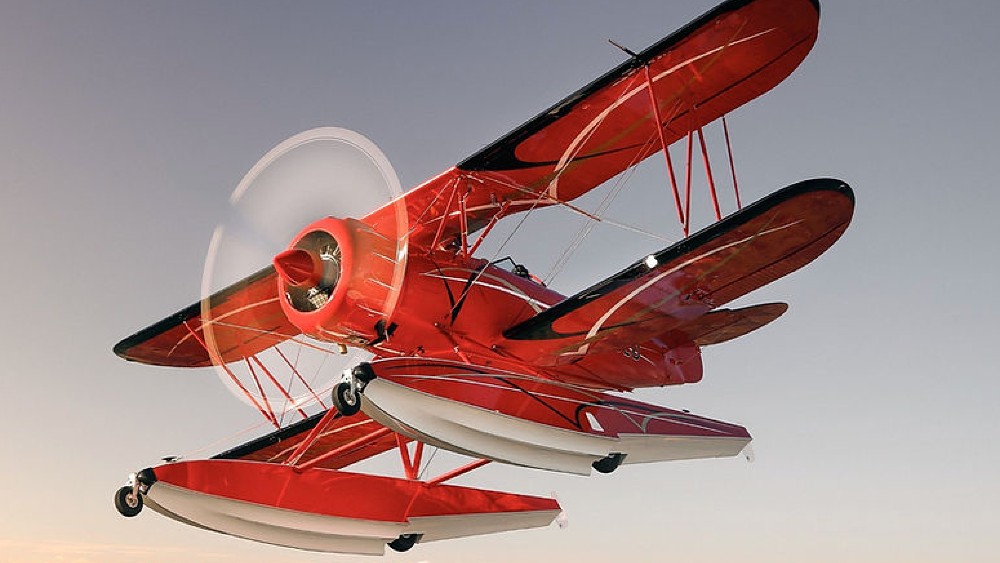 The amphibious version isn’t just a YMF-5 with floats attached. It was designed from the ground up as a bona-fide float plane. Courtesy Waco Aircraft

“It’s truly that raw form of aviation, open and slow and close to the ground,” says Skiba. “It’s a rare experience of seat-of-the-pants flying that will change your perspective.”

The YMF-5 is not going to get you anywhere in a hurry, but if you want to be transported spiritually as well as physically, the hum of the motor and the feel of the stick will take you away. Just make sure there isn’t a giant snake in the cockpit.