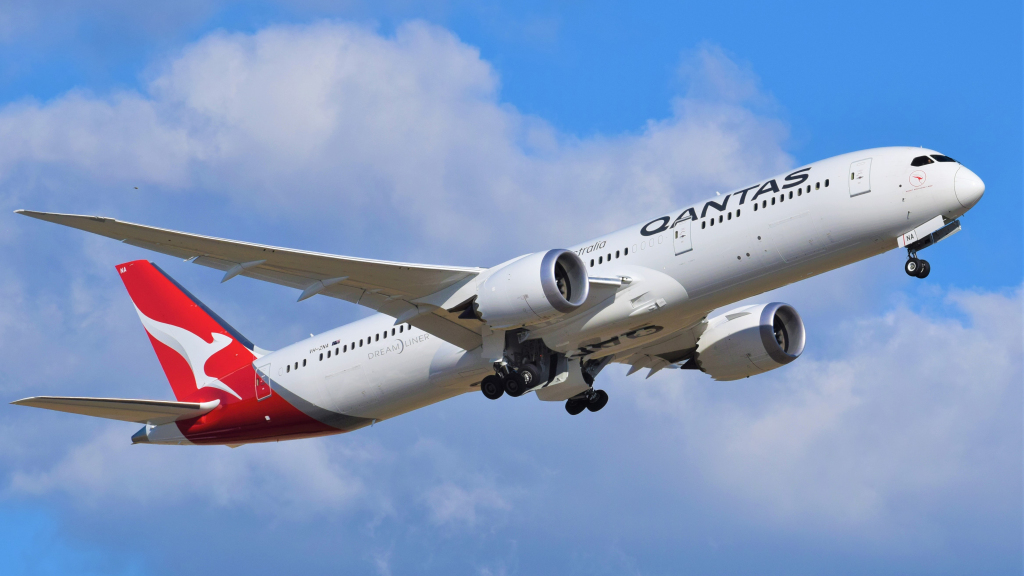 The airlines joins Air France and British Airways in the commitment.

If all good things come in threes, Qantas just completed a promising new triumvirate: The Australian airline has just pledged to reach net-zero emissions by 2050, making it the third major airline to do so.

Qantas now joins Air France and British Airways in committing to net-zero emissions by the middle of the century. While the self-imposed deadline is still decades off, the airline says it will take immediate steps to curb its environmental impact.

“We recognize that airlines have a responsibility to cut emissions and combat climate change,” Qantas Group CEO Alan Joyce said in a statement. “We’ve already made some good progress, especially by investing in newer aircraft that have a much smaller carbon footprint. We want to do more, and faster.”

In order to achieve its “ambitious” goal, Qantas will immediately match every dollar spent by customers who pledge to fly carbon neutral. About 10 per cent of its customers already choose to offset their flights, and by matching them dollar-for-dollar, the company is basically doubling the number of flights it offsets. Qantas’s program, which it calls the largest in the industry, uses carbon credits to invest in conservation projects and causes around the world.

Qantas also plans to cap net emissions from 2020 onward, as well as invest $A50 million over the next decade to help the development of a sustainable aviation fuel industry in Australia. There is a strong belief that sustainable fuel could lower carbon emissions for planes by as much as 80 per cent, reports Reuters.

The pledge comes at a time when Qantas has been experimenting with a number of headline-grabbing long-haul flights. This summer the airline announced a 20-hour non-stop flight between New York and Sydney and just revealed plans for a test flight of the same duration between London and Sydney.

Qantas’s pledge comes a month after similar pledges from Air France and British Airway owner International Airline Group. As part of the announcement, the holding company said that the two airlines would offset all emissions on domestic flights—about 20 per cent of the airlines’ routes—starting next year.