Why New Jet Buyers Are Prioritising Air Quality And Connectivity

These two features have become critical for new business jet owners in the Covid-19 era.

The buyers of private jets have new priorities for aircraft in the age of Covid-19, according to a leading business jet manufacturer. Ricardo Carvalhal, Embraer’s director of sales engineering, said air quality and WiFi connectivity have become two of the most important considerations for those seeking out new aircraft, either for outright purchase or fractional ownership.

“Air quality has always existed in aviation, but the topic is getting additional attention as a result of the pandemic,” said Carvalhal in “Buying a Private Jet 101,” an Embraer webinar. “Customers want deeper insights into how each aircraft circulates air.”

Beyond sanitization, clients are also curious about cabin pressurisation aboard each aircraft. A 2007 study by the “New England Journal of Medicine” concluded that maintaining a cabin altitude of 6,000 feet or lower “will reduce the occurrence of discomfort among passengers.” Since that study, commercial and business jet manufacturers have made it a priority to lower cabin altitudes. 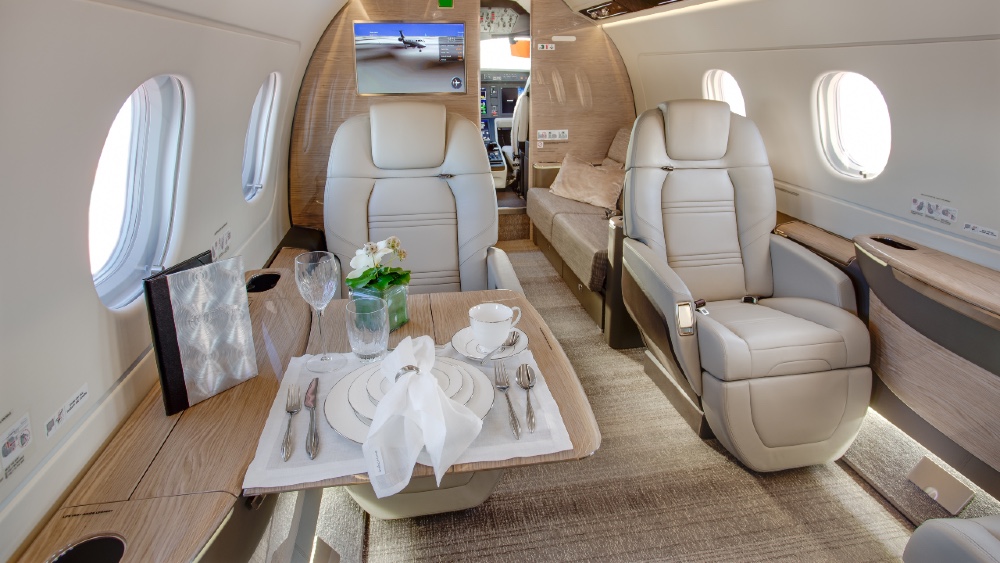 This layout, with its individual seats and rear divan, would appeal to individual buyers rather than corporate owners who typically want more seating for a more productive, workstation approach. Embraer

“Our Praetor family of aircraft enjoy the lowest cabin altitude in their classes,” said Carvalhal. “At 45,000 feet, Praetor passengers experience a comfortable 5,800-foot cabin altitude. As a result, passengers feel more rested and refreshed. These features are receiving more attention than ever before.”

The manufacturer showed slides displaying growth in first-time buyer deliveries across different aircraft segments over the last five years. In the entry-level category, 32 per cent of deliveries went to newcomers to private aviation, while that number fell to 13, 10 and 13 per cent in the light, midsize and super-midsize categories, respectively. For the large and ultra-long-range categories, first-time buyers accounted for just 9 and 7 per cent. Carvalhal believes the current pandemic has triggered more interest among potential first-time buyers, though sales data for 2020 won’t be available until next year.

Activity among charter and fractional owners increased from July through September, according to recent data, compared to earlier in the year when flights in both categories stopped because of Covid-19 concerns. Charter and jet cards have demonstrated the fastest comeback, with activity in small jets off by only 2 per cent compared to the same period a year ago. In the fractional category, activity in small jets was off by 13 per cent for the same year-over-year comparison. Activity is still much softer in the large-jet category, down 17 per cent for charter/jet cards and down 33 per cent for fractional ownership, largely due to minimal corporate and international travel through the summer. 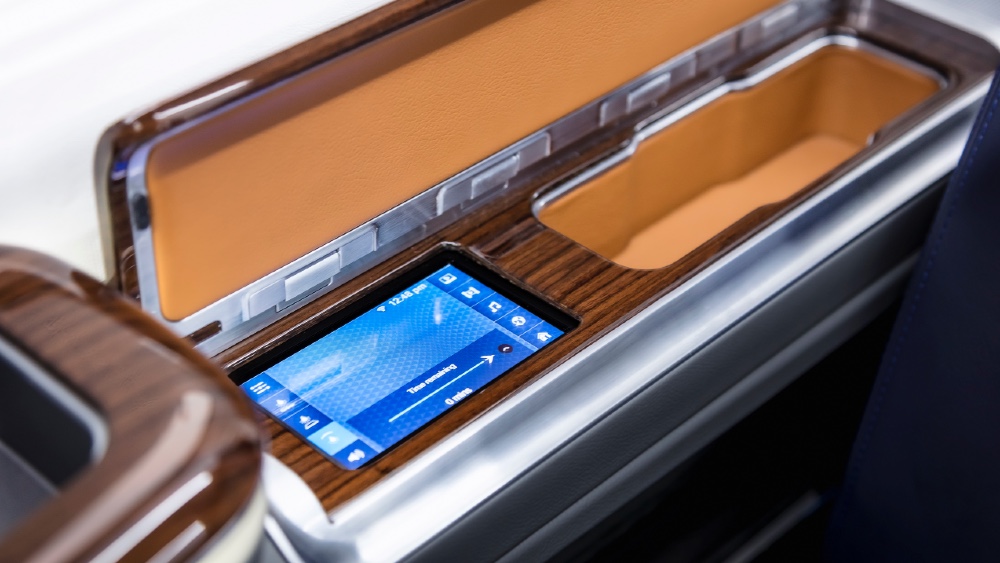 Productivity is critical for new buyers, so connectivity has become a key element in the purchase decision. Embraer

Many business aviation analysts have pointed to two factors for the increase in first-time fliers: significantly fewer “touchpoints,” or areas where other people have touched, than commercial jets, and the ability to fly at any time to a larger number of smaller airports. “Many companies could only stay afloat during the pandemic because of their business jets,” says Carvalhal. “For some, there was just no way they could afford not to fly between their business locations.” 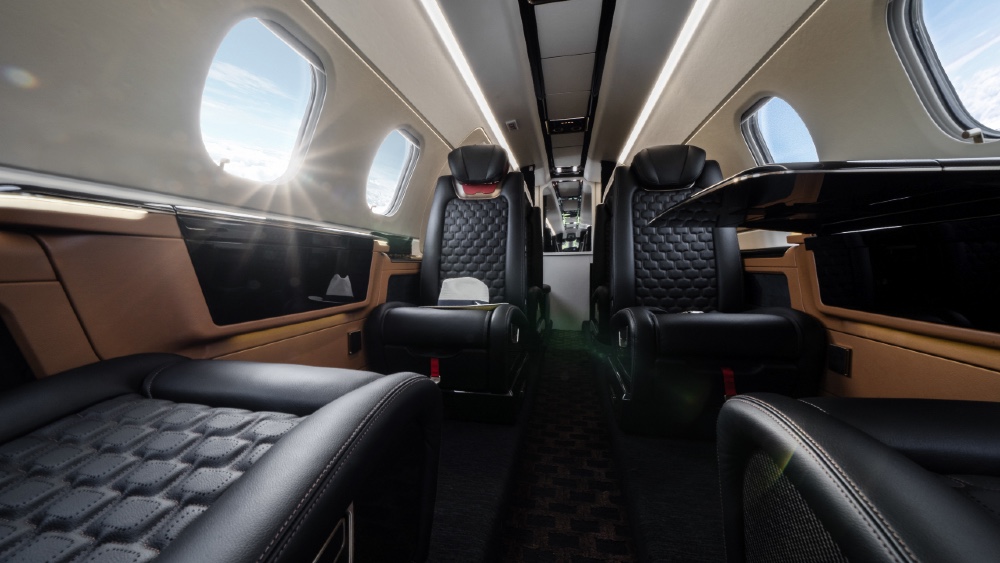 Both corporate and individual buyers will determine the layout and interior finish depending on their long-term mission requirements.

“Purchasing a private jet always starts with the mission—what you’ll be doing 90 per cent of the time,” says Carvalhal. “Some people have a tendency to overestimate use. For instance, if you fly from New York to Moscow twice a year, but fly domestically the rest of the time, I would invite you to look at a smaller aircraft.”

Lifestyle is also critical to the purchase decision, says Carvalhal. “If you fly a lot from Miami to New York, you might want to have a standup cabin, wet galley and large baggage hold,” he says. “A corporate jet that does milk runs every morning where it stops at four airports to pick up executives, and spends minimal time on the ground, will have different requirements.”

Individual versus corporate ownership will also make a significant difference on aircraft layout. “Most Praetor 600 owners who purchase the aircraft for personal use select the 3-place divan option, whereas corporations prefer two seats in that position to gain an additional work station,” says Carvalhal. “For individual owners, the divan serves a relaxing/socializing function in this scenario.” 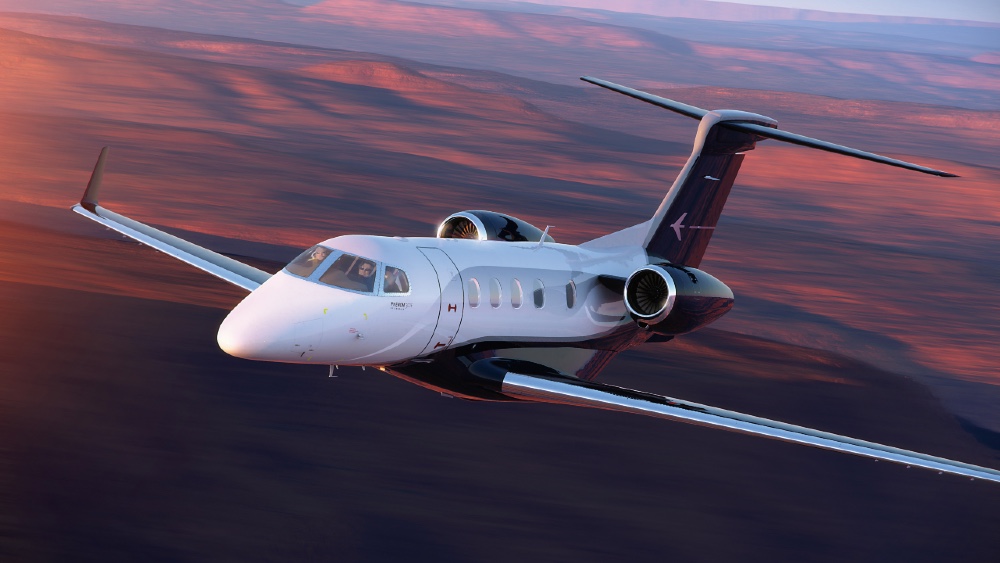 Working with client feedback, Embraer ensured that the Praetor 300E has the lowest cabin altitude pressurization in its class. Embraer

With either personal or business use, connectivity is critical to new buyers. Carvalhal says that the current BYOD (bring your own device) trend means that higher connectivity capabilities continue to be introduced into ever-smaller platforms. “Ka-band is the best air-to-satellite solution available,” he says. “New antennas allowed us to offer it for the Praetor 500, the smallest business jet to have Ka-band and deliver live-streaming capabilities.”

The connectivity trend is no different for larger aircraft. “Those business jets can incorporate multiple antennas and systems to offer even more capacity,” Carvalhal says. “It’s really just a question of how connected you want to be.”