The city plans to make flying mini-choppers a reality in the next few years.

“Los Angeles is where we turn today’s ideas into tomorrow’s reality—a place where a barrier-breaking concept like urban air mobility can truly get off the ground,” said Garcetti in a statement. “The Urban Air Mobility Partnership will make our city a force for cleaner skies, safer transportation, expanded prosperity, and stunning innovation, and provide a template for how other local governments can take this new technology to even greater heights.”

Garcetti said his city would work with Urban Movement Labs to create vertiports for electric Vertical Takeoff and Landing aircraft in the area. He acknowledged that the city needs to identify and resolve “challenges” from local, diverse stakeholders surrounding public airspace and property rights. 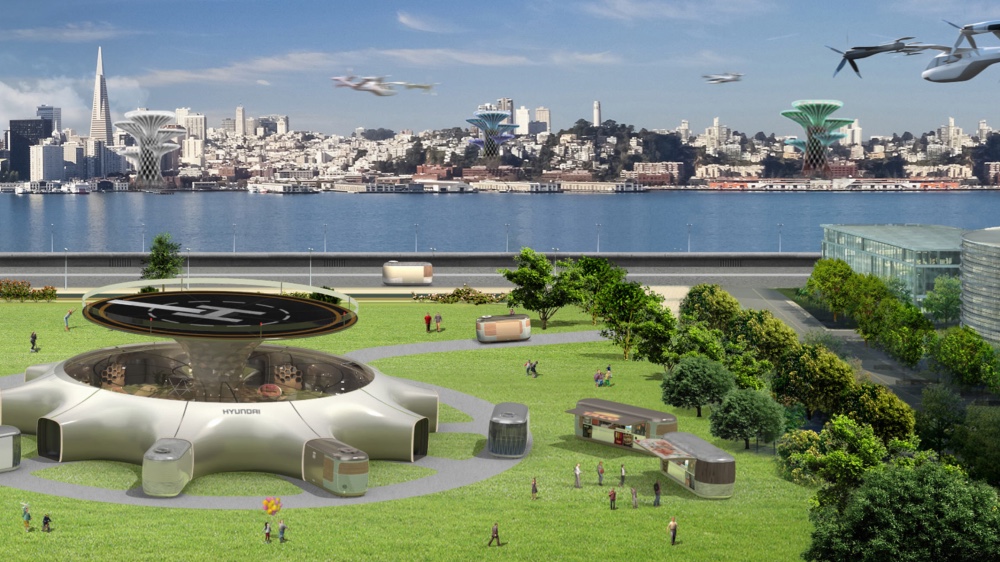 Several other cities, including Houston and Orlando, have announced plans to establish a series of vertiports, where electric mini-choppers can move people around metro regions. Courtesy Hyundai

UML said it plans to hire an Urban Air Mobility Fellow to work towards advancing a comprehensive public engagement strategy for aerial mobility. That person will gauge how an urban air mobility network can help strengthen the local economy, schedule for when vehicles will take flight, and how it will improve everyday Angelinos lives.

Other US cities have already launched urban air networks, advancing plans for vertiports and other infrastructure. Uber Air, which was recently acquired by eVTOL maker Joby, has been working with Houston authorities to create the country’s first urban air network, while Lilium, a German eVTOL manufacturer, is collaborating with Orlando to create a regional network that would connect central Florida, and eventually, the rest of the state.

The Los Angeles Department of Transportation last year published a report, in collaboration NASA and the FAA, called “The Principles of Urban Sky” that establishes a policy road map for implementing urban air mobility in Los Angeles.