Inside The New Dassault Falcon 6X

“The Falcon 6X is going to have a 5500 nautical mile range, say from London to Hong Kong,” said Éric Trappier, chairman and CEO, during the presentation. “It also has a top speed of Mach .90, so the Falcon 6X can connect passengers to major business centres far and wide.”

With the largest cabin in its class, the new business jet was also designed to carry passengers in comfort. Trappier said the 6X has the highest and widest cross-sections of any aircraft designed specifically as a business jet. Having already won an award for interior design, the 6X places passengers in what the airframer calls an “ergonomic cocoon,” with all electronic functions within easy reach. 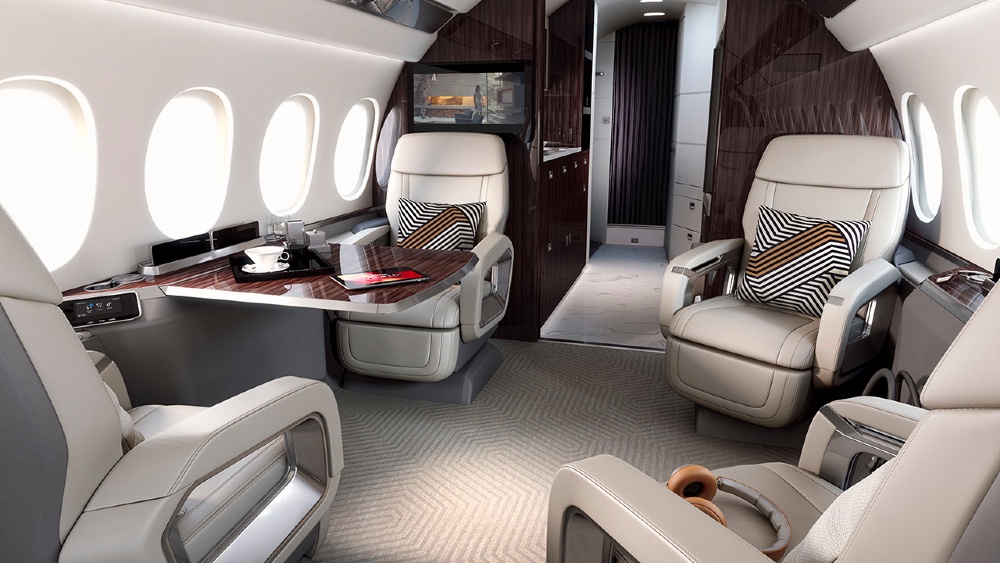 The interior is designed for both business and personal travel, with all electronic functions within easy reach of the seating. Courtesy Dassault

The new Falcon also offers 30 large windows with an aggregate of 5,000 square inches of glass, more than any other aircraft in its class. The overhead skylight—another first in business aviation—illuminates the galley area to deliver more natural light to the cabin. There is also a selection of “mood lighting” that creates different-coloured lighting to promote contrasting environments.

Like the ultra-long-range Falcon 8X jet, the Falcon 6X cabin is pressurised at a comfortable 1200 metres when cruising at 12,500 metres, and the cabin air is refreshed continuously to deliver, according to Dassault, an environment that is 10 times cleaner than today’s most advanced office buildings. 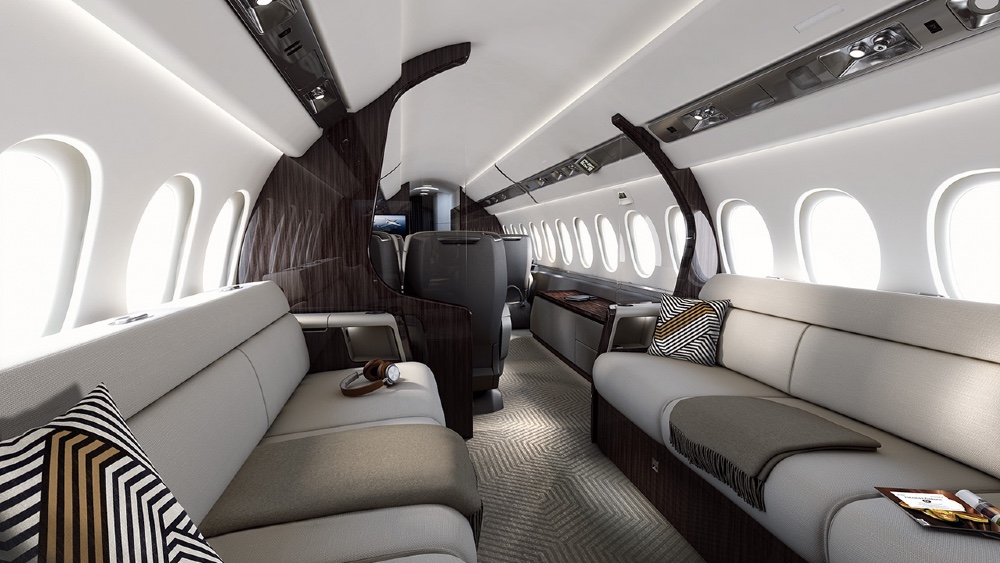 The aft area is designed to be a haven for travellers who may want to rest or sleep during intercontinental flights. Courtesy Dassault

The adopted fighter-jet technology also lets the twin-engine Falcon 6X boast an impressive low-speed performance, on top of its long-range. This ability to fly at 200km/h gives the new jet access to challenging, steep-approach airports like London City, Lugano, Saint-Tropez and Aspen. Even with a partial fuel load, the Falcon 6X can operate at airports with runways of less than 915 metres.

The company’s new flight-control system in the cabin not only makes the pilots’ jobs easier, said Trappier, but also enhances safety. “We have a very safe aircraft that also provides passengers with a very smooth flight,” he said. 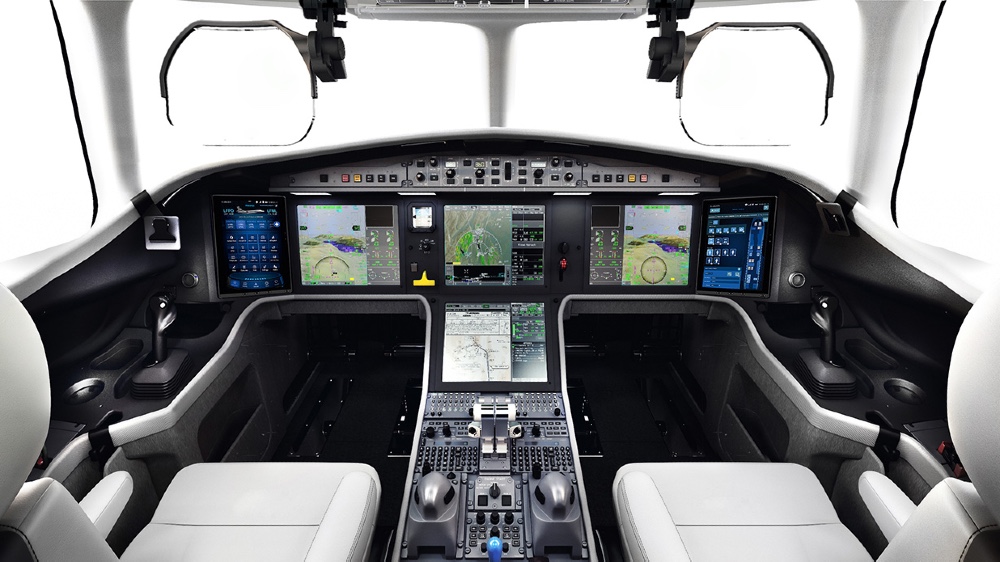 Despite Covid-19 lockdowns across Europe, Dassault’s roll-out of the Falcon 6X has kept the aircraft on schedule for its first flight early next year, when intensive testing on three test aircraft will commence. Certification and entry into service are expected in 2022.

“The bird is yours,” said Trappier to a group of test pilots assembled at the live-stream event.