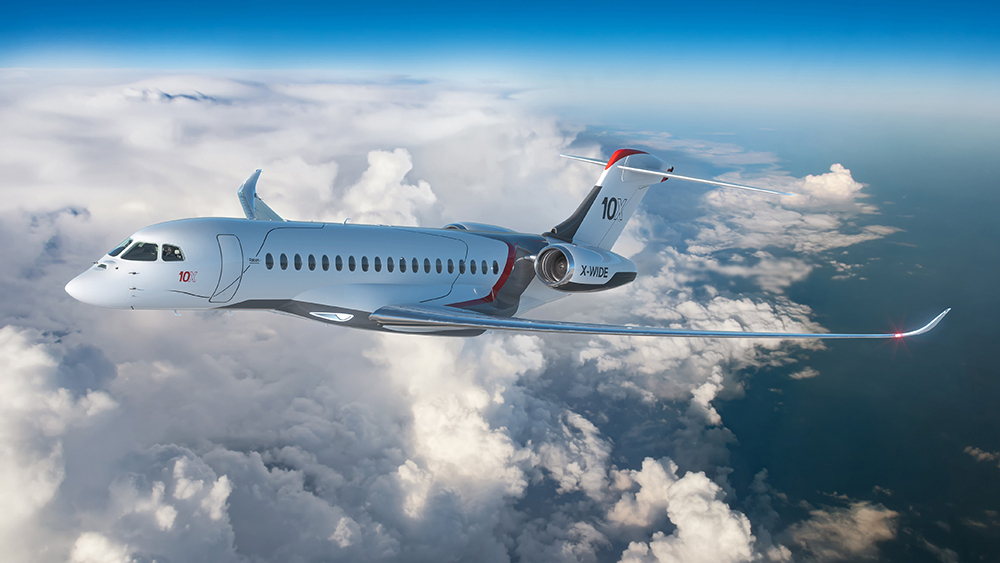 Dassault’s Latest Could Be Its Most Comfortable

It boasts best-in-class interior volume and lots of ergonomic advances.

The shortlist for ultra-long-range, purpose-built business jets has been very short indeed, comprised of the Bombardier Global 7500 and Gulfstream’s G700—full stop. Now there’s a third entry in the premium category, known for offering the longest ranges, fastest speeds and most high-tech, ergonomically advanced interiors: the Dassault Falcon 10X.

“We’re building more comfort, range and possibilities,” said Paul Floreck, Dassault’s senior vice president of North American sales, when the 10X was announced in May. “We will offer a passenger experience that is unrivalled on the market.”

But then he would say that, and it’s a bold statement considering the 10X’s competition. At this level, owners tend to be tenaciously loyal to their chosen brands, which means even trick new features aren’t necessarily enough for Dassault to persuade Bombardier or Gulfstream owners to switch teams. “We’ve seen surveys where 75 per cent of respondents stay with one brand,” says Rolland Vincent, president of business-aviation consultancy Rolland Vincent Associates, and “the higher up you go, the more loyalty you tend to see.” 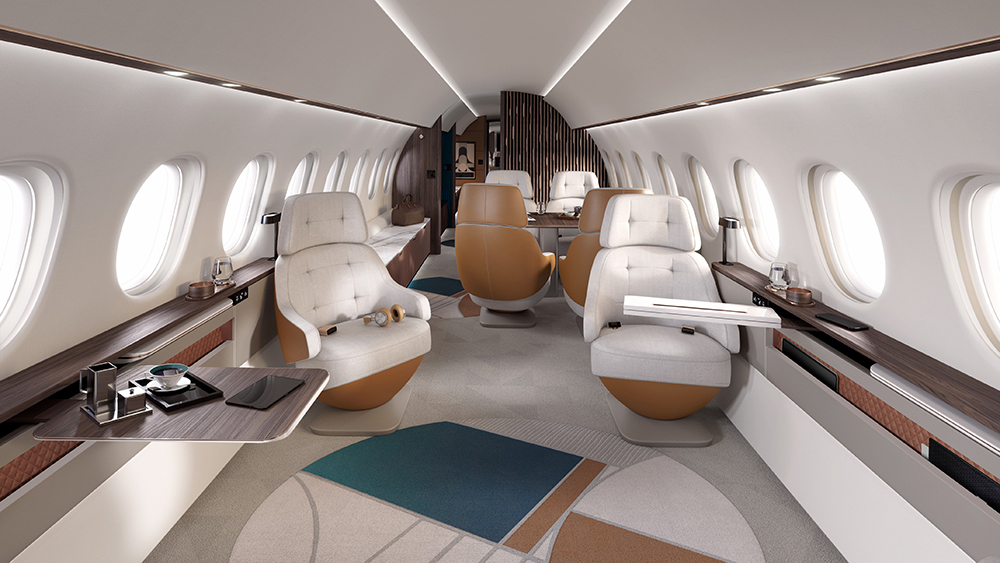 The Falcon10X is a full foot wider than the Bombardier Global 7500. Dassault Aviation

“An aircraft purchase decision tends to be relatively infrequent for most buyers,” he says, adding that it’s common for jet owners to “have a specific mission requirement that may lean them toward one model or brand.”

To that end, the Dassault’s specs don’t lie. At 7.872 kilolitres it boasts best-in-class interior volume, featuring a width of 2.7-metres a full foot wider than the Global 7500). Thirty-eight windows across four zones—which can be customised with lounges, office space or a bedroom with a shower—are designed to provide abundant natural light. Like its competitors, the 10X will cruise at 51,000 feet, above most weather, while its cabin pressurization remains at a comfortable 3,000 feet.

The new bird, which is capable of both high- and low-speed flight, also offers pilot-friendly features like FalconEye, a combined vision system for identifying obstacles during takeoff and landing in poor weather, touch-screen consoles, and dual heads-up displays that serve as primary flight displays. A single throttle controls both engines. 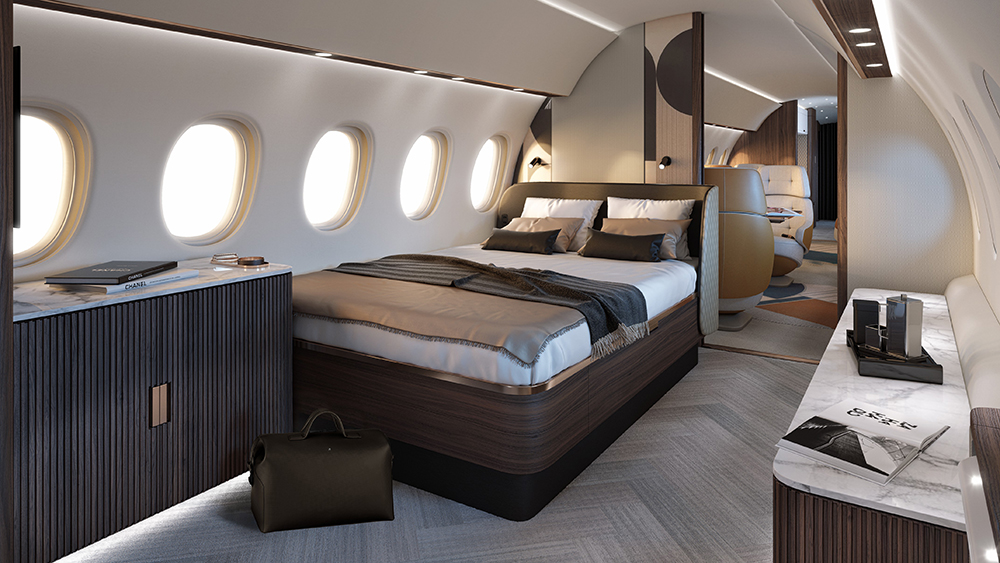 Another benefit of the 10X: it requires less than 762-metre of runway to land, thanks in part to its wing design. “We changed the material from metal to carbon fibre, something we’d done on our Rafale fighter jet,” says Carlos Brana, Dassault’s executive vice president of civil aircraft.

Vincent calls the 10X a “unique air frame” that “represents a big bet for Dassault—a huge investment in engineering and tooling.” More than a competitor to existing business jets, he says, “we see it as the first of a family of aircraft that’s new to the industry.”