Bombardier’s Global 8000 will take the crown as king of business jets when it enters service in 2025. The new ultra-long-range aircraft will be the only four-zone cabin business jet with a range of 8,000 nautical miles. It will also have a top speed of Mach 0.94, making it the world’s fastest business jet.

“The Global 8000 leverages the outstanding attributes of the Global 7500 aircraft, providing our customers with a flagship aircraft of a new era,” said Éric Martel, Bombardier’s president and CEO, during a press event at the annual EBACE business-aviation conference in Geneva. 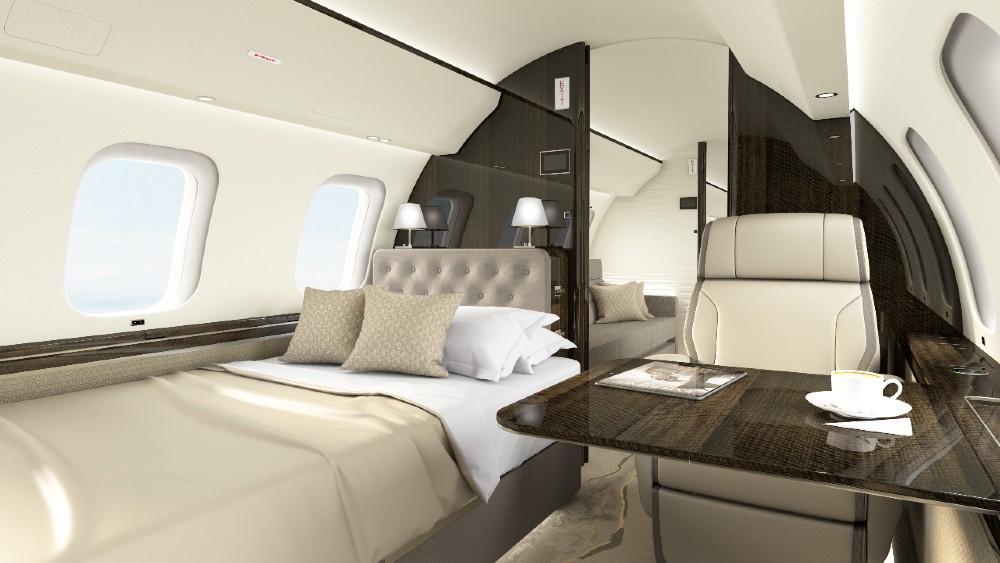 One of the four zones includes a bedroom with a fully glassed-in shower in the enclosed ensuite. Courtesy Bombardier

The aircraft is based on Bombardier’s existing Global 7500, which recently celebrated the 100th aircraft delivery, with the same interior plan. But the new 8000 will have modified GE Passport engines to extend speed and range. The 7500 has a range of 7700 nautical miles. Bombardier says the extra 300 miles on the 8000 will add more city-to-city pairs for the aircraft.

Though it was always intended to fly farther and faster than the Global 7500, the 8000 was originally designed with a smaller fuselage. Bombardier decided instead to design a business jet with the same fuselage as the 7500, but with a higher cruise speed and range. 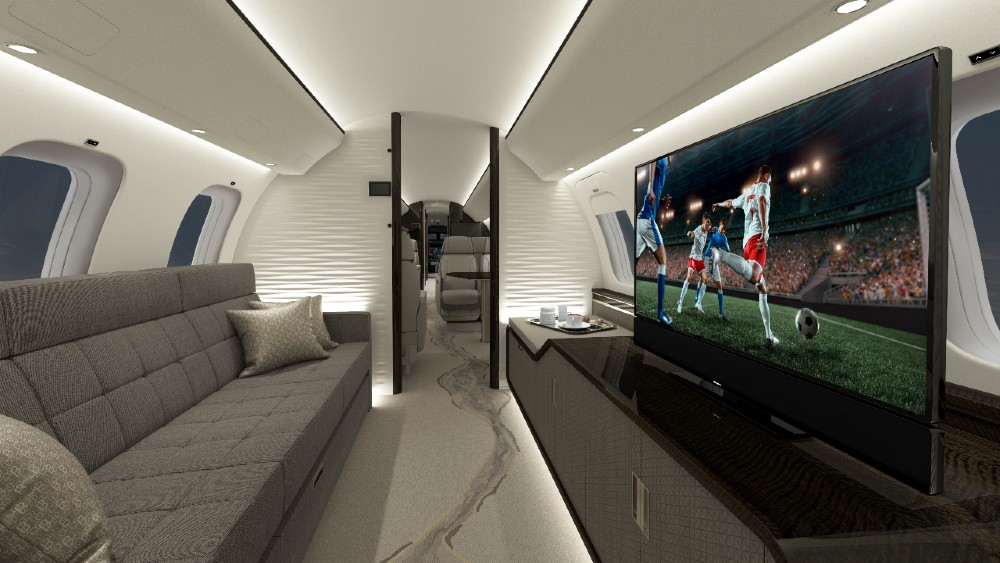 “The 8000 was supposed to be a zone smaller,” Mark Masluch, Bombardier’s senior director of communications, told Robb Report. “But we realized that we didn’t want to offer something that was a compromise. We drew a line in the sand for ourselves with the range, speed and other features.”

Other enhancements include its Pur air circulation and advanced HEPA air filtration system, the lowest cabin altitude in its class of 2,900 feet flying at 41,000 ft., circadian rhythm lighting and special Nuage ergonomic seating that Bombardier developed for the 7500. 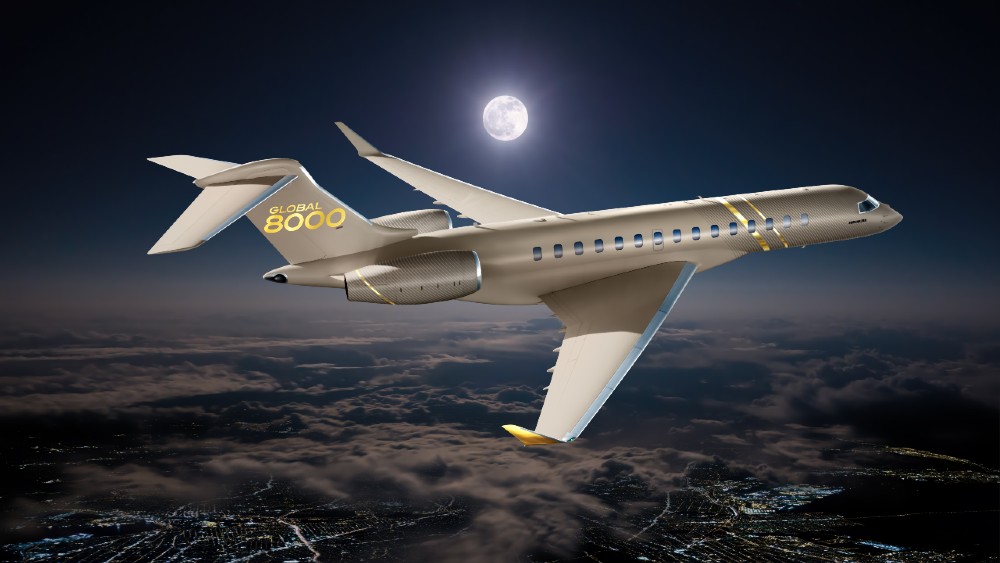 The aircraft’s new upgraded GE Passport engines flew a test 7500 aircraft to the supersonic speed of Mach 1.015 last summer. The test aircraft, accompanied by a NASA F/A-18 chase plane, provided what Bombardier called a “key step in enabling a maximum Mach operating speed (MMO) of M0.94” for the Global 8000.  The company noted the Global 8000 will be the fastest in civil aviation since the Concorde.

Martel said during the press conference that current Global 7500 owners would be able to “retrofit” their aircraft to obtain the same speed and range as the Global 8000. The 7500 would also be phased out when the 8000, which has a base price of approx. $110 million, enters service in 2025.