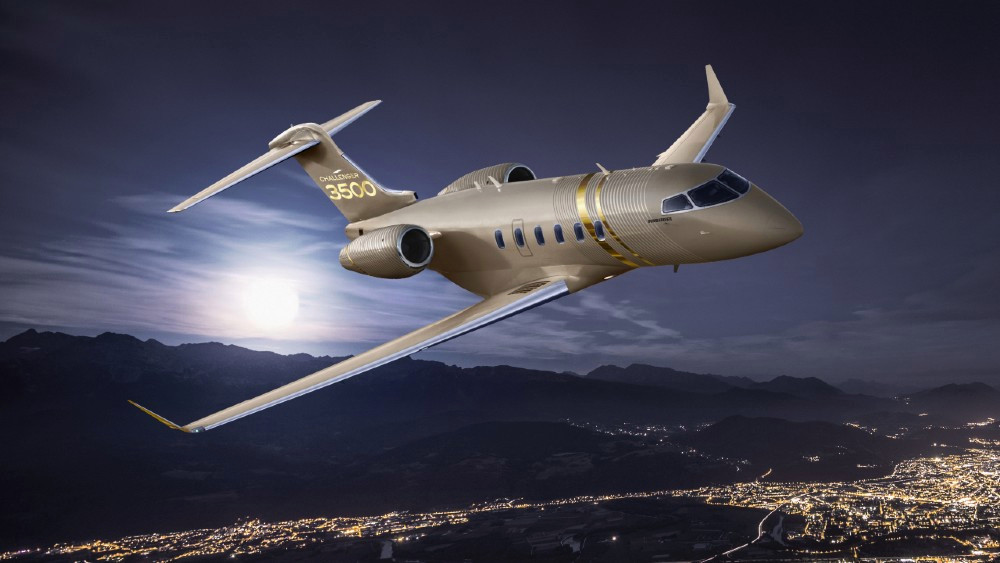 The upgraded model has a number of interior features from its ultra-long-range Global 7500 flagship.

Bombardier’s new Challenger 3500 is attempting to rewrite the rules for the competitive super-midsize category. The aircraft manufacturer has upgraded its Challenger 350 by taking features from its ultra-long-range Global 7500 flagship and adopting them on the new midsize 3500 version.

The 3500’s cabin will have a reduced altitude of 4850 feet—similar to being on the ground in Denver—while flying at 41,000 feet, which Bombardier says represents a 31 percent improvement over the 350. The company’s patented, ergonomic Nuage seating will also be standard in the cabin, which seats 10, to upgrade the flight experience. Soundproofing will make the interior the quietest in its class, according to the company, while also being the widest in the super-midsize segment.

Other new features include voice-activated control over the cabin’s lighting, temperature and entertainment systems, and wireless chargers. The designers also enlarged the galley while giving it an upscale look. In the cockpit is an auto-throttle system typically found on larger business-jet classes. 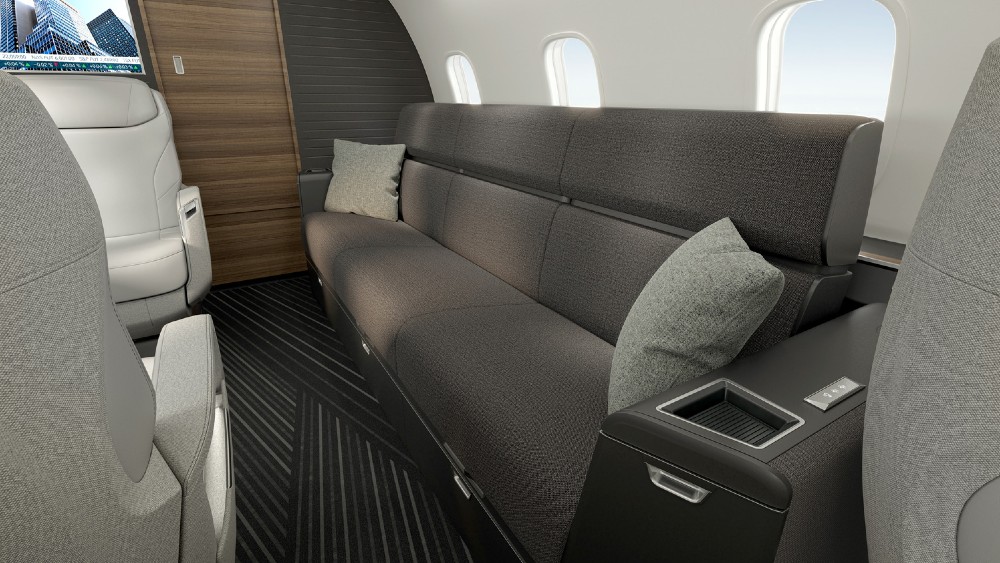 Despite the upgrades, the Canadian manufacturer has stiff competition in the super-mid category, going head to head with Embraer’s Praetor series, the Citation Latitude and the Gulfstream G280. Gulfstream said in a statement that it is “committed to enhancing [the G280] even further.”

With the Challenger 3500 listing for approx. $36.38 million—the same price as the 350—CEO Éric Martel said during a virtual press conference that the enhanced interior would help keep the aircraft’s position as market leader. 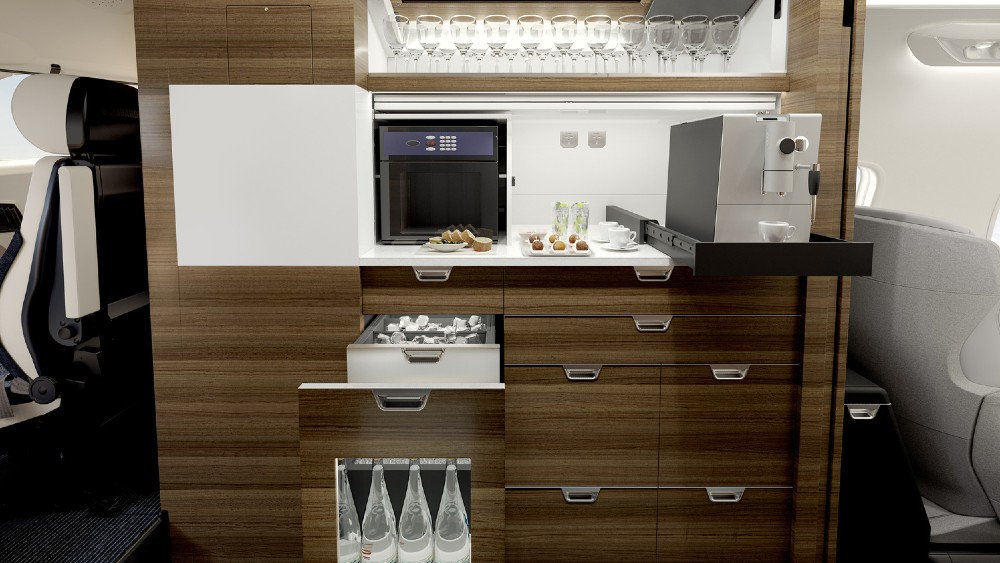 The larger, more modern galley is a minor but important modification in the new Challenger. Courtesy Bombardier

Bombardier said that the 3500 would receive an Environmental Product Declaration (EDP), which is a declaration of its life-cycle environmental footprint. Pilots would also have an app that optimizes flight plans for a reduced fuel burn. Martel said that testing would take place at the company’s facilities in Wichita, Kansas, using a sustainable aviation fuel blend to reduce carbon emissions.

The Challenger 3500 is expected to enter service in the second half of 2022.