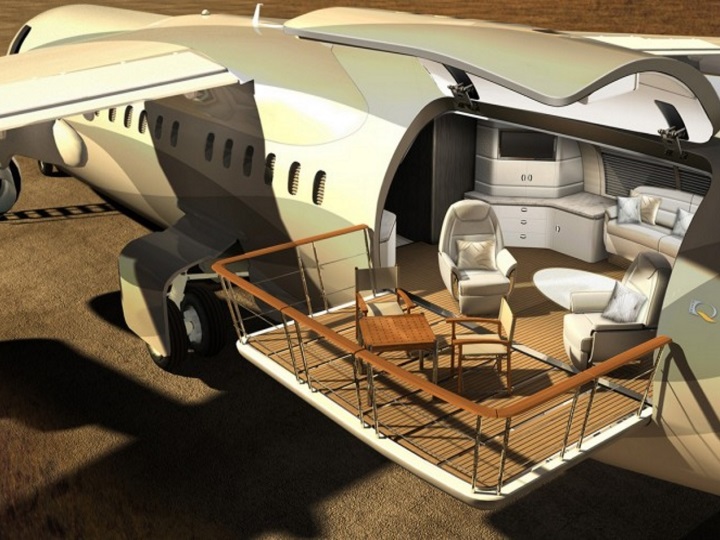 Your safari plane is ready

Landing on grass, gravel and sand airstrips, this concept opens up a world of new exploration opportunities.

If you're going on safari, or just getting away for the weekend, this concept plane by DesignQ provides the perfect ride. The U.K.-based design shop developed the Explorer for BAE Systems (a global defence, security, and aerospace company). It is the first of four concepts that aim to explore the possibilities for the Avro Business Jet (ABJ), based on a repurposed BAE146 regional jet. The spacious layout provides a unique outdoor deck that is designed from a modified cargo door and can be deployed or stowed in just a few minutes with the push of a button. Other features include a barbecue station, a marble-floor entryway, and a fully equipped office. The jet's interior also provides plenty of space for a dining area, a lounge, two private staterooms, and crew quarters. With four jet engines placed high on the wings, the ABJ is also capable of landing on grass, gravel, or sand airstrips — opening up a world of remote locations for travellers to explore. The concept was first introduced in 2010, but so far, none of the safari-ready aircraft have been produced. DesignQ will make you one for around $US6 million (about $A7.95 million). (designq.co.uk)