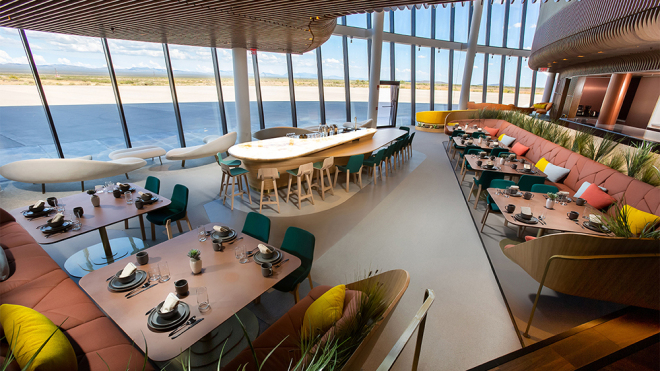 If you’ve shelled out $250,000 (around $360,000 locally) on a flight to space, chances are you don’t want to spend your last few minutes on Earth at a lacklustre airport lounge—and thanks to Richard Branson, you won’t have to. 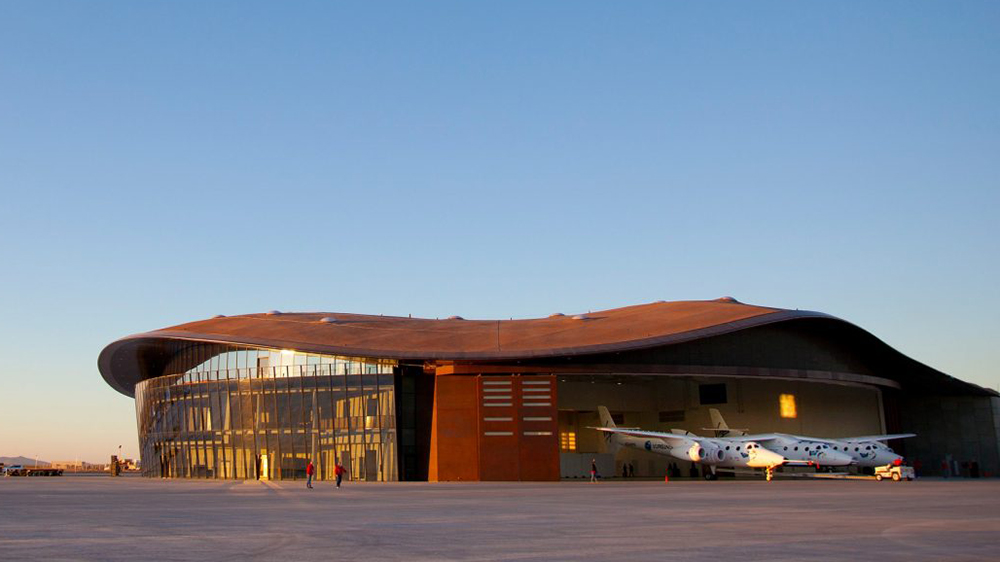 Designed by British architectural firm Foster + Partners, Gateway to Space is a spacious two-level structure rife with creature comforts. The first floor is entitled Gaia—which means “Mother Earth” in Greek—and is designed with a variety of lounges and cafes where you can chat and relax before rocketing into space. Fellow globetrotters can bond over a terrestrial cup of joe at “Barista Island,” which features a luxe Italian marble bar that’s punctuated by splashes of hand-crafted oak.

According to a press release by Virgin Atlantic, the area “will help to foster that sense of camaraderie and the determination to deliver each future astronauts’ personal mission.” There’s also an interactive digital walkway which serves as a reminder of the lofty expedition ahead.

The second level, dubbed Cirrus, contains operational spaces, like a mission control centre, a working area for pilots and a briefing centre. The space is bathed in a white-and-grey palette meant to represent “light, air and flight.” The two levels are artfully intertwined and represent the journey from Earth to space. Expansive floor-to-ceiling windows afford panoramic views of the surrounding desert—which is reminiscent of a barren Mars landscape awash in red.

“The Foster + Partners Gateway to Space facility pays homage to the past in its respect for the ancient surrounding landscape while powerfully embracing the future through energy efficiency and sustainability,” Virgin Atlantic said.

Virgin Galactic will announce other developments at Gateway to Space later this year. You can check out more photos and video of the spaceport below: 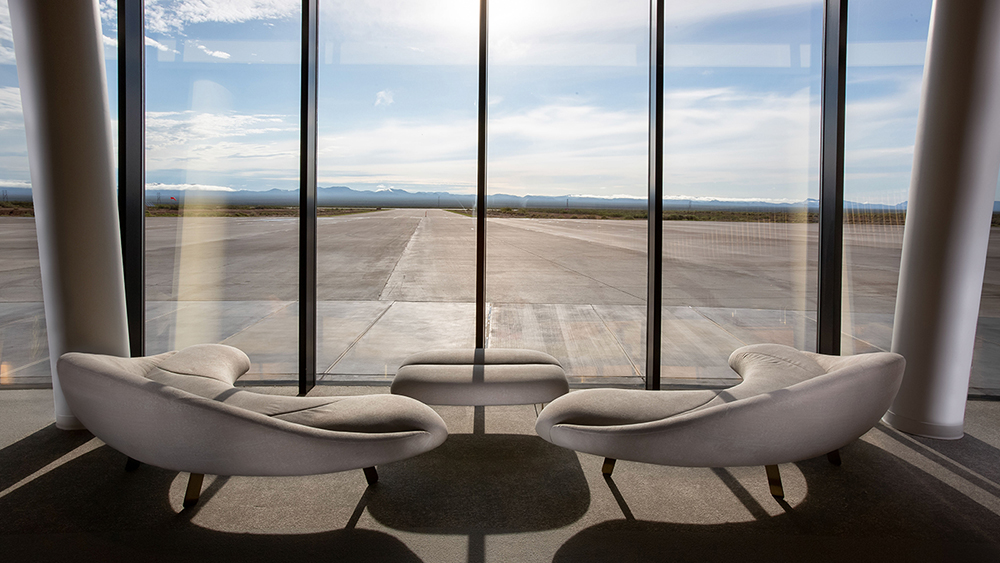 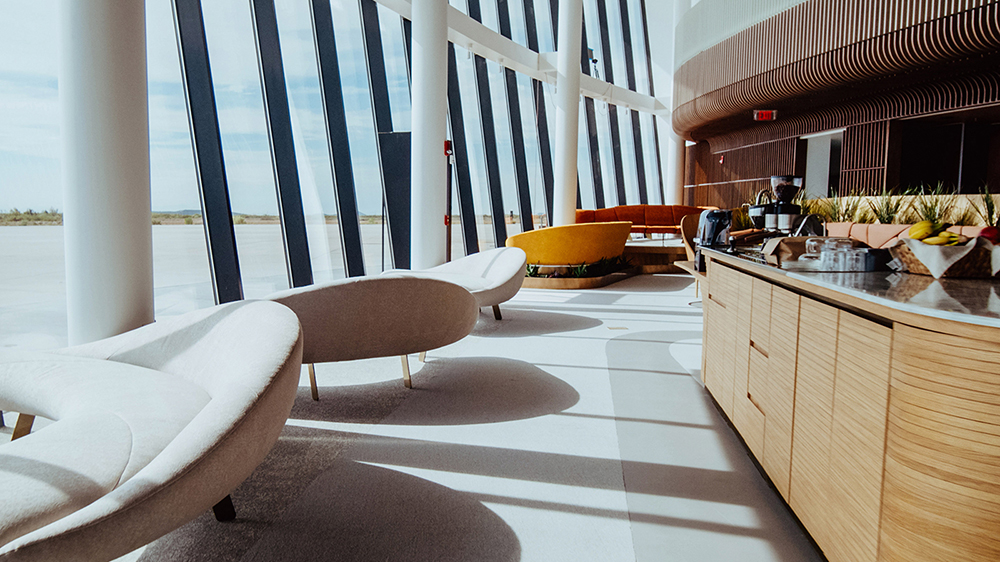 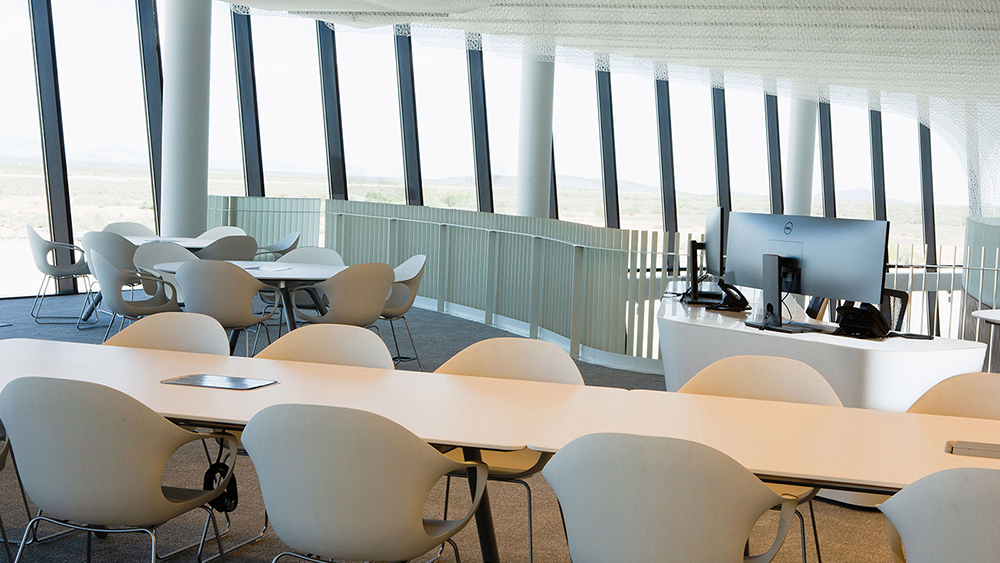 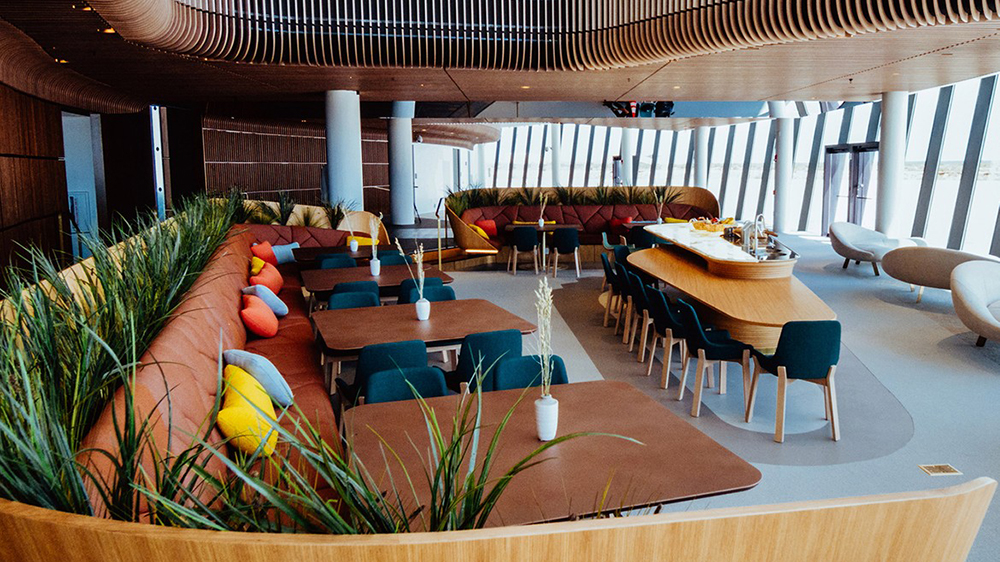 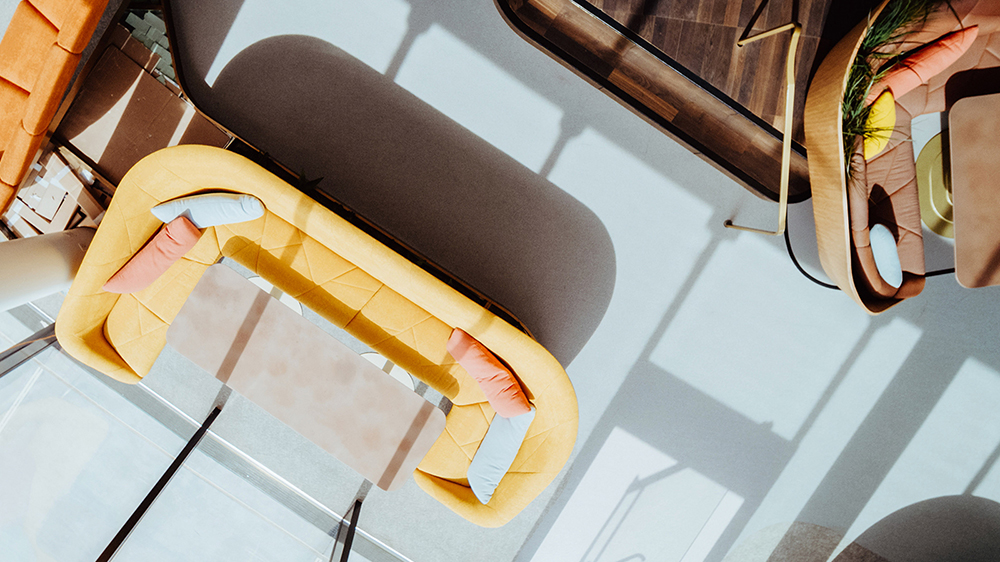