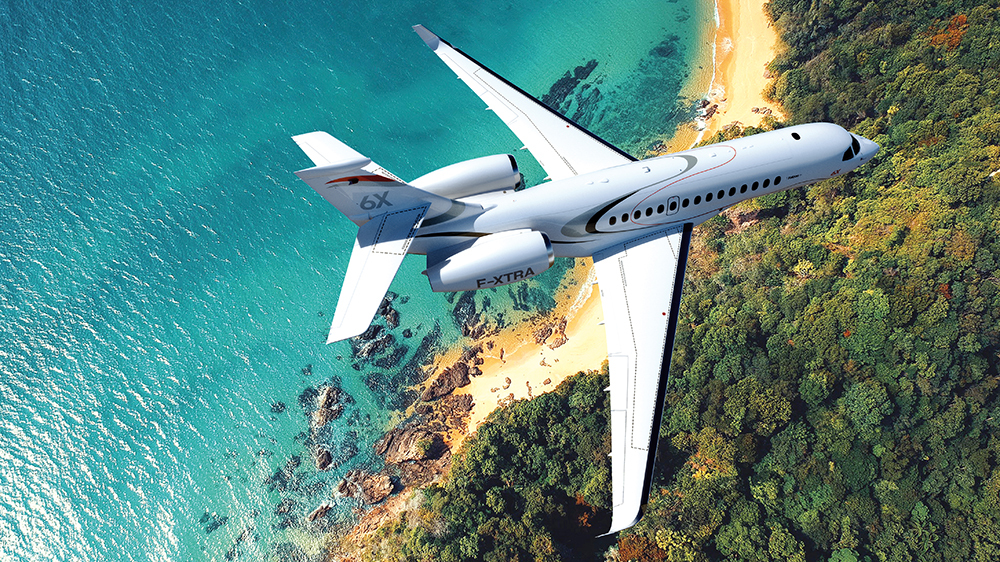 With the design locked in, the first Falcon 6X business jet will be assembled in early 2020.

Production of the ultra widebody twin-jet Falcon 6X from Dassault Aviation inched a bit further along; Dassault completed the Critical Design Review, meaning the plans are set and manufacturing can begin. The first Falcon 6X is on track to be built by early 2020.

The French aerospace company announced the project last year when it became clear that the much-anticipated and long-awaited Falcon 5X would never get off the ground, due to engine-sourcing issues. The production schedule calls for the Falcon 6X’s first flight in 2021 and deliveries to start in 2022.

“Our design teams and partners have done an excellent job so far,” said Eric Trappier, chairman & CEO of Dassault Aviation. “Completing the design review this month and releasing the aircraft to the manufacturing process is a significant milestone. It demonstrates our confidence in the airframe and engine design as well as in the collaborative process we have put in place with our global partners.” 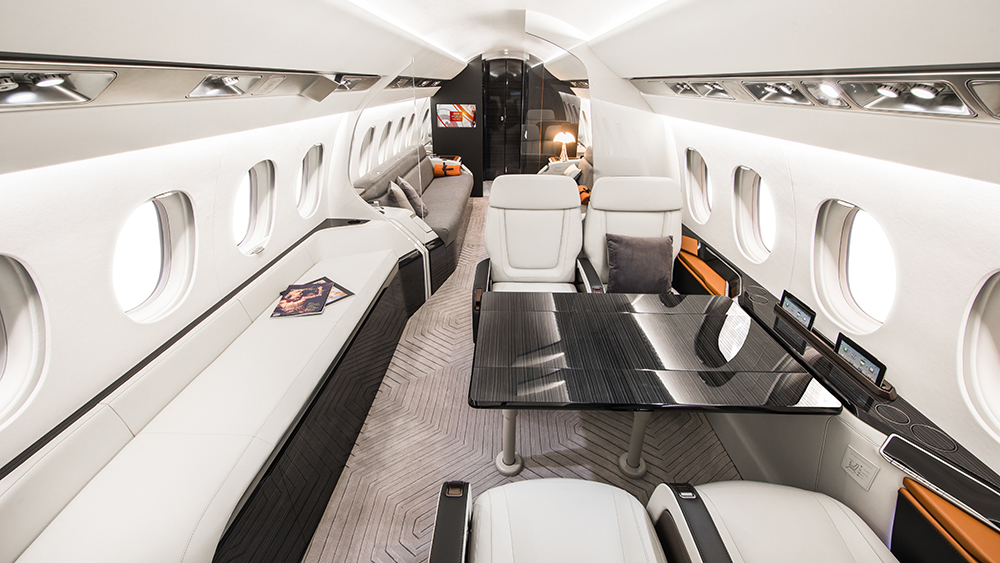 Touted as having the largest cabin cross section of any purpose-built business jet (and quietest and most comfortable), the cabin measures 12.3 metres long, 2.6 metres wide and 2 metres tall, with almost 4400 litres of baggage space. 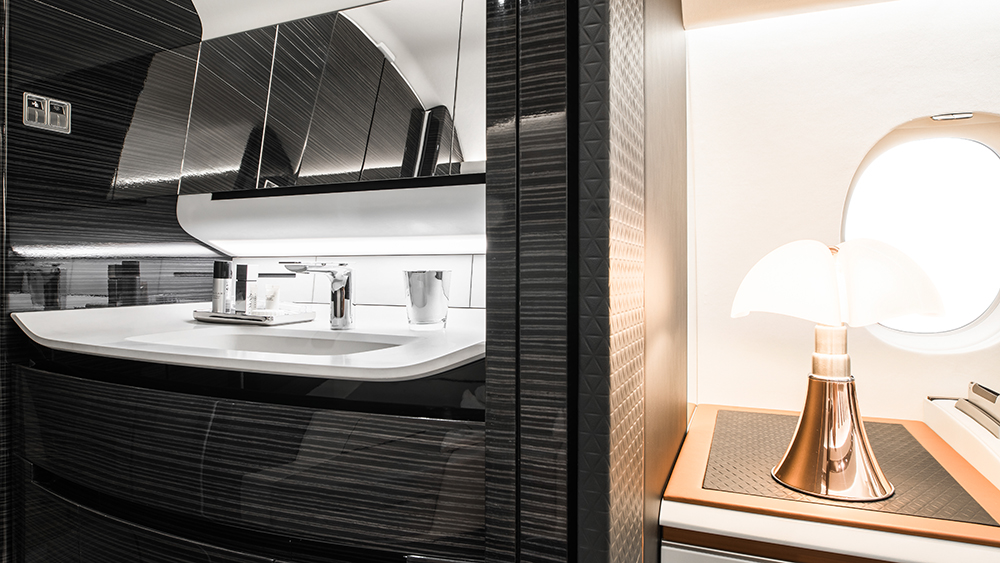 The 6X can accommodate 16 passengers in three lounge areas, allowing for multiple configurations such as a large entryway and crew rest area and a spacious rear lounge. 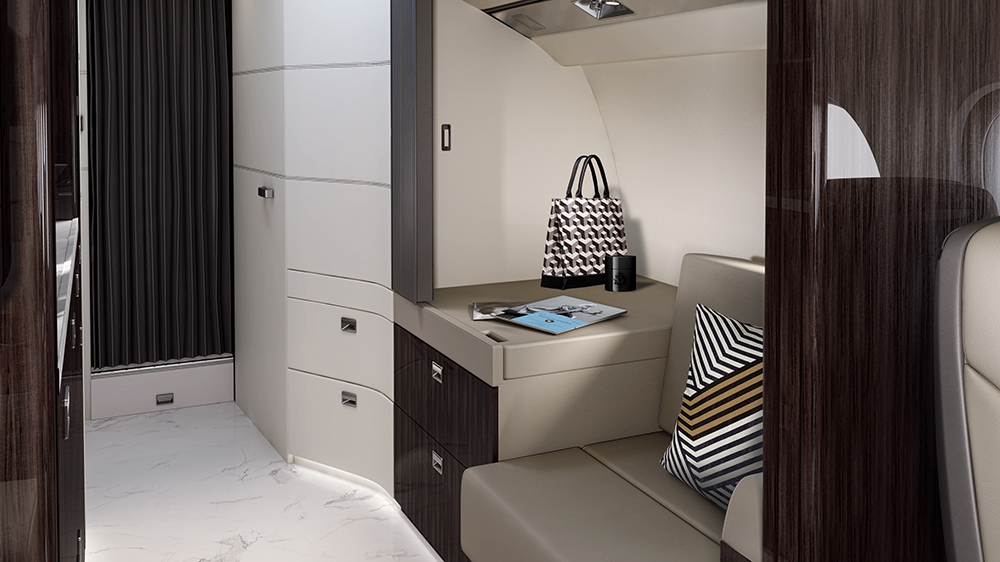 Ample natural light will be delivered via 29 huge windows and a galley skylight—the first in business aviation. 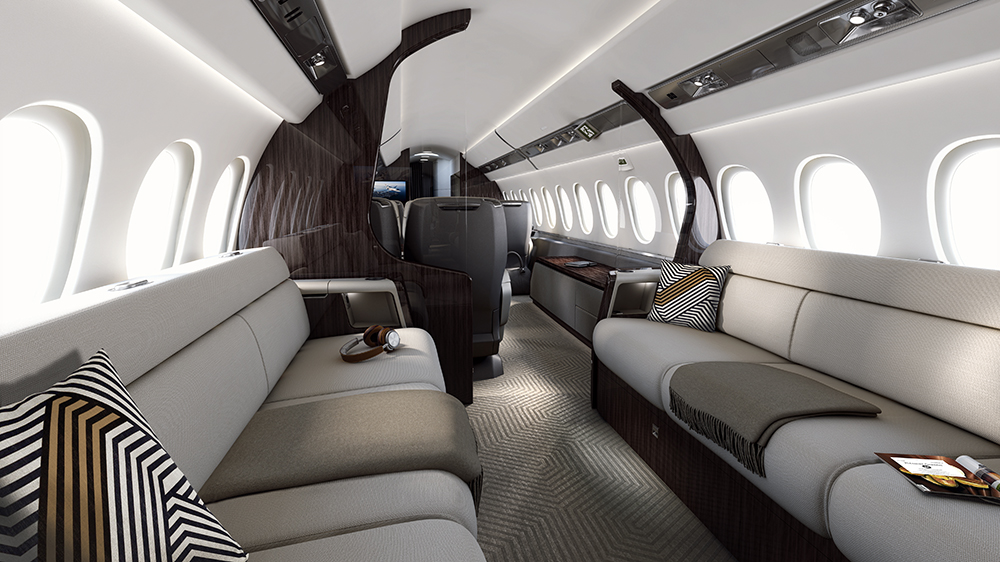 The Falcon 6X will have a maximum speed of Mach 0.90 and a range of 10,186 kilometres. It can fly directly from Los Angeles to Geneva, Beijing to San Francisco or Moscow to Singapore at its long-range cruise speed. 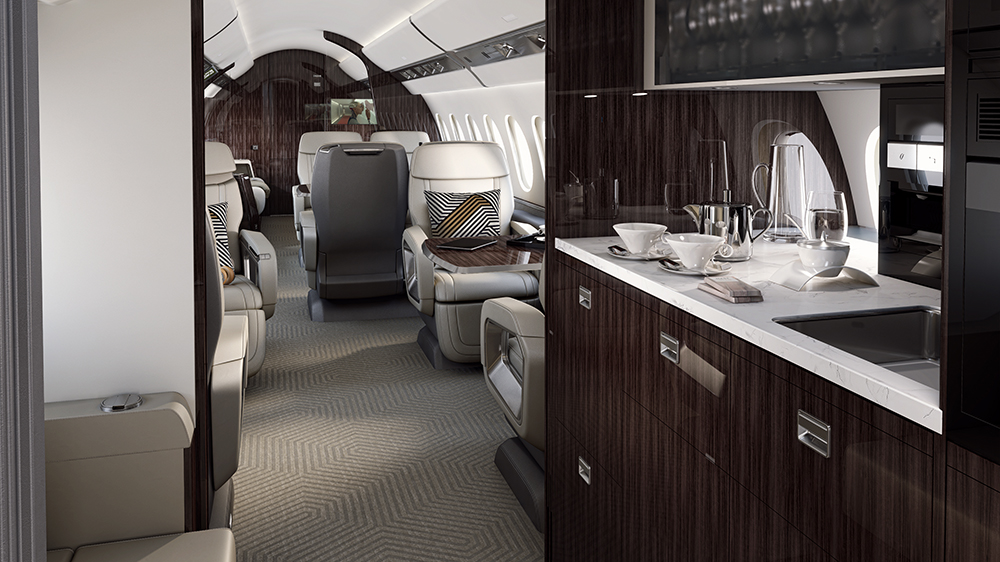 If flying at Mach 0.85, the Falcon 6X can connect New York to Moscow, Paris to Beijing or Los Angeles to London. It will all be powered by a Pratt & Whitney Canada Pure Power PW812D engine with 57,000 to 62,000 newtons of thrust. 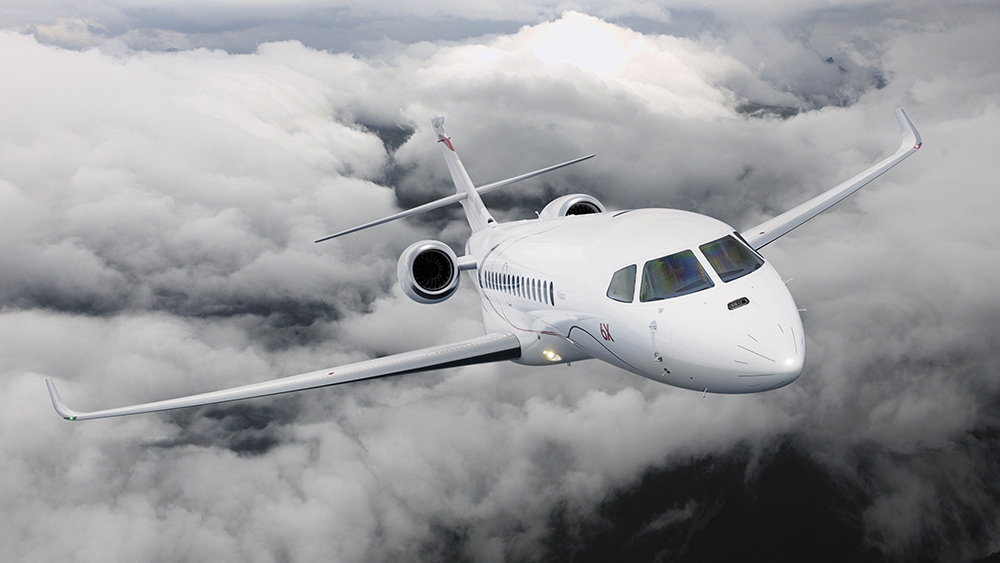 Helping along the range capability and smooth flight is an ultra-efficient wing that minimises the impact of turbulence and a next-generation digital flight-control system that regulates all moving surfaces, including a new control surface called a flaperon. This new surface enhances control during approach—especially on steep descents. 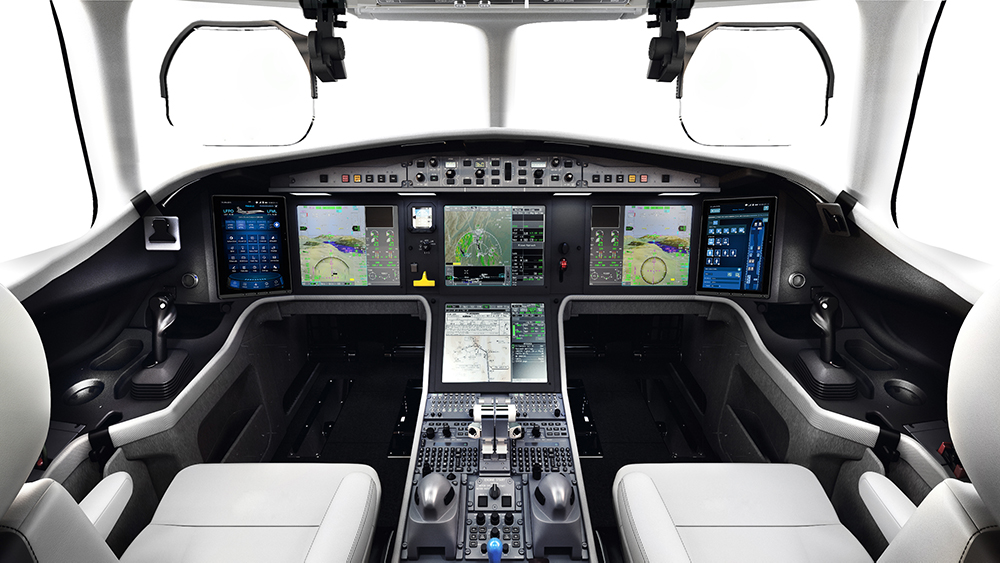 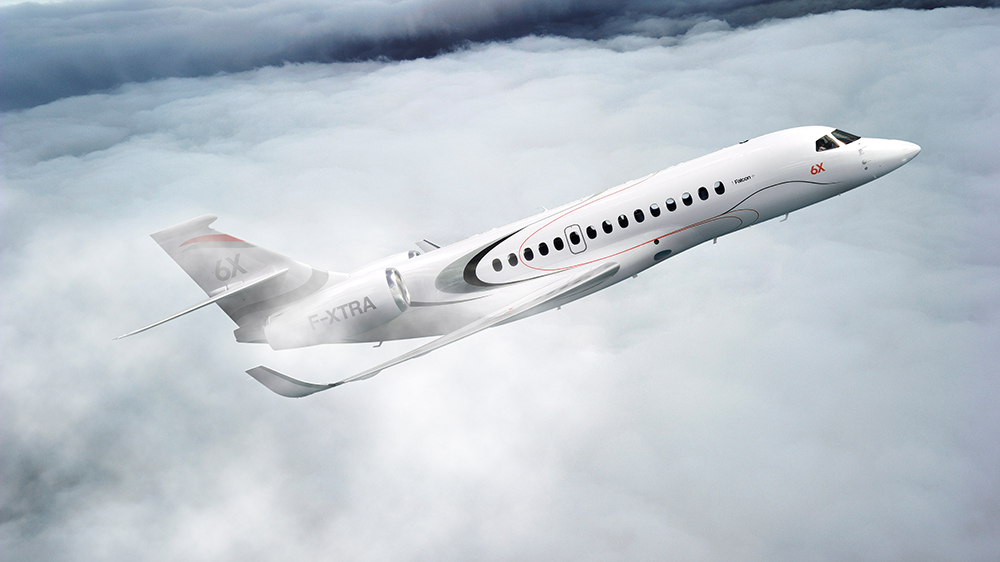