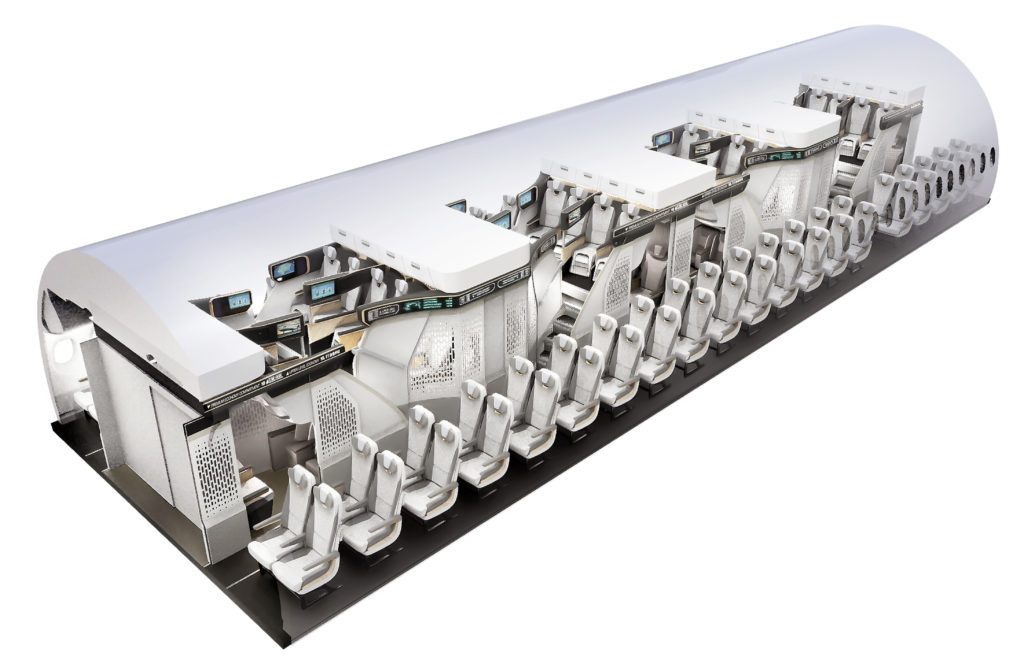 The future of flying? First class cabins may be mixed with economy seats

See what’s in store for the skies at this year’s Crystal Cabin Awards.

Whether you’re crammed into economy or lounging on your seat/lounge chair/bed in first class, flying has never exactly been accommodating. Even airlines renowned for their luxury amenities in first class, like Emirates, are considering making the top tier seats windowless to capitalise on efficiency. For economy class, seats can hardly get any smaller and passengers simply purchase more neck rolls, space saving bags and noise cancelling headphones to make flying bearable.

For the 13th annual Crystal Cabin Awards- a competition between airlines, suppliers, aircraft manufactures, and universities to come up with new ideas for airplane design- 94 submissions from 22 countries were put forth to improve travelling through the skies. One surprising entry proposes to blend first class seats with economy. But how will that go over with first class passengers, who, in long-haul flights are forking over thousands of dollars for their slightly larger piece of aeroplane real estate?

The concept, called “1 for all” and conceived by a Korean student at Hongik University in collaboration with seat manufacturer Advent, weaves different seat classes together to use space in the aircraft more efficiently. In the proposed rendering of “1 for all,” first-class seats retain their amenities, like larger seating and more space, but are separated by partitions and in some cases take up an extra level of seating so first class is, literally, sitting on top of economy. Only time will tell if this design will fly, but the concept has already been shortlisted as a finalist for the awards.

Three finalists will be announced at the beginning of March and will pitch their concepts to a 27-member jury in person at the Aircraft Interiors Expo in Hamburg. The awards will take place on April 2nd at Hamburg’s Chamber of Commerce. In the meantime, check out last year’s top innovations.