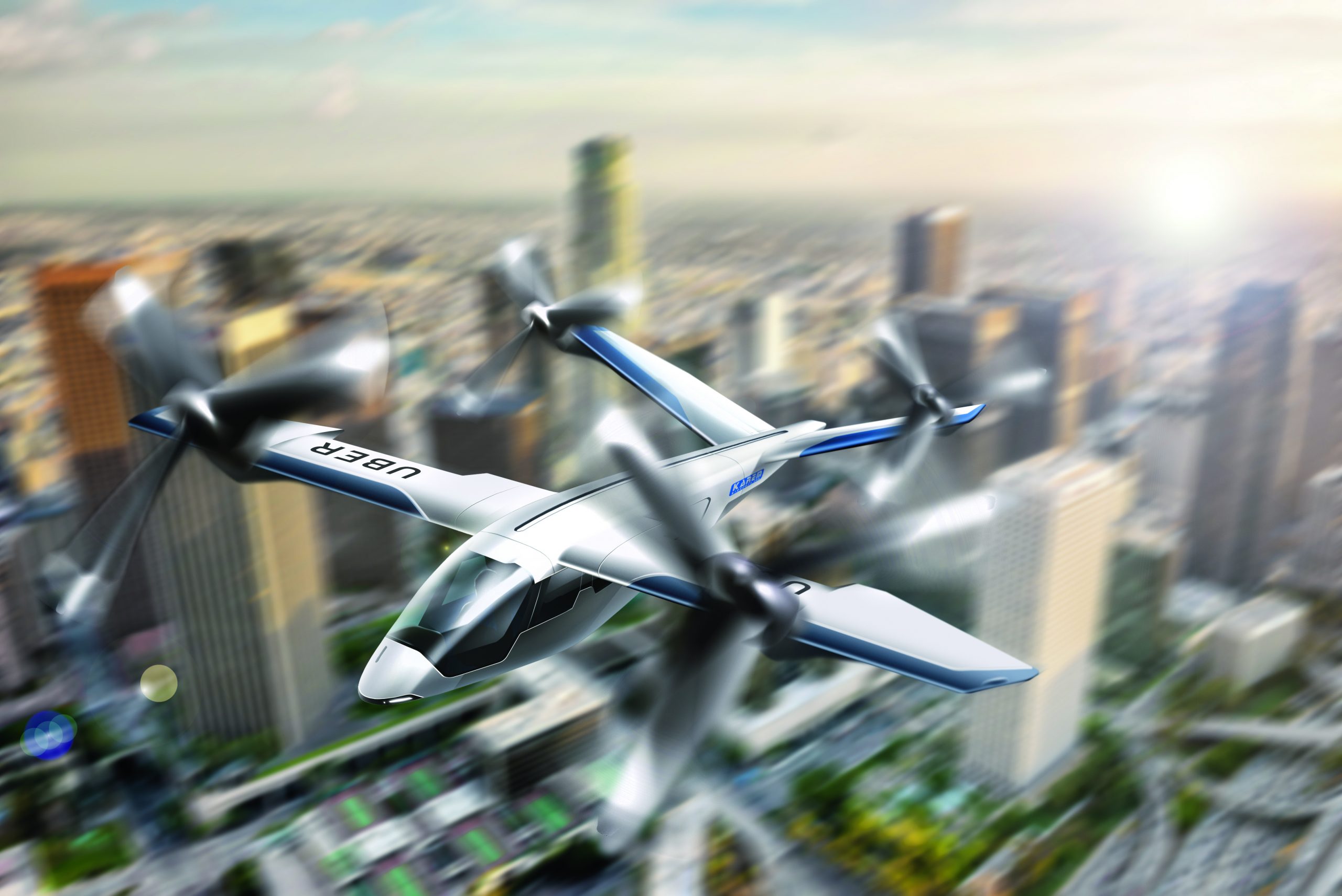 Taking It Off The Tarmac: The Future of Flying Cars

Soon you could be flying around the city like the Jetsons.

Flying cars have been coming for so long now, almost any story about them has required some sort of reassuring line that this time it’s for real. Now American disrupter Uber has announced it will have flying cars available for ride hailing via a phone app within five years. Yes, for real.

Uber is certainly not the only one. Daimler, parent of Mercedes-Benz, has pumped serious money into the drone-like Volocopter. Boeing is in the ‘flying car’ act, too. So is the Bell aviation company, and one of the world’s three biggest carmakers, Toyota.

Italdesign and Airbus have shown their Pop-Up joint venture, which looks like a microcar suspended from four hair dryers. Acclaimed automotive designer Frank Stephenson – known for the modern Mini and the McLaren P1 hypercar – is now working for German company Lilium Aviation, which uses 36 small electric jet engines to power its flying lozenge. Larry Page from Google has the Kitty Hawk company, which has been running ‘flying car’ trials on its Cora air taxi in New Zealand since March. 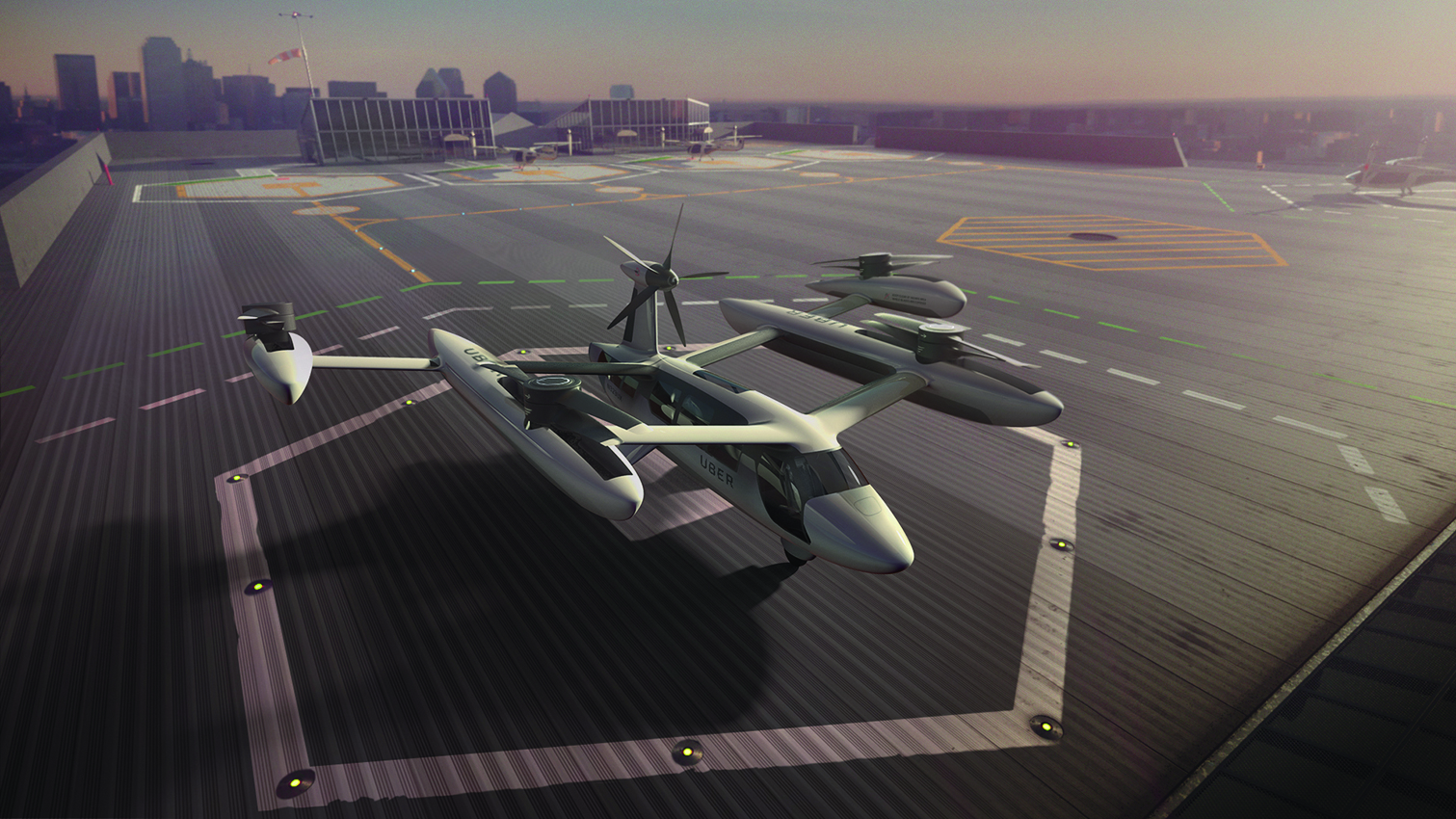 Many of the makers are convinced that autonomy and electrification are at last making the stuff of science fiction a soon-to-be fact. Certainly, if pilot-free vehicles can take off and land vertically, and do so quietly, and be allocated flight paths automatically via the cloud, they should automatically via the cloud, they should be able to soar above the peak hour traffic safely, and without the need to issue millions of new pilot licences.

Uber believes that by the early 2030s, it will conduct more than half a million flights a day over Los Angeles alone. And Los Angeles is just one of the world’s 50 megacities (defined as those with more than 10 million residents).

What has also changed recently is the definition of the flying car. A new breed of traditional flying cars, with driven wheels and pop-out wings or rotors (also known as roadable aircraft), are on the cusp of reaching customers. Indeed, Holland’s Pal-V and Slovakia’s AeroMobil are taking orders now. However, for Uber, Daimler and many others, the future lies with drone-style copters, which most still refer to as flying cars because they do the same job as a sedan or hatch. Albeit, at altitude. These are more formally known as eVTOL vehicles, denoting electric power and vertical take-off and landing.

Despite the involvement in the Uber project of NASA, Boeing and Chargepoint (the world’s biggest electric vehicle recharging company), there is still plenty of scepticism. As recently as last September, Uber reached out to Tesla battery guru Celina Mikolajczak, hoping to tempt her to lead its deep research project into eVTOL batteries. Her response was “you guys are crazy”. She was particularly dubious about vertical take-off and landing because her jet-engineer father had worked on such things for the US military, and “it was something that never really worked that well”.

However, when Mikolajczak researched where the technology had reached, and spoke to the project heads, she gave up her job in the non-flying car industry and signed up with UberAIR.

Mikolajczak says the vehicles she is now working on will have a maximum range of 100 kilometres and might do 40 hops in a day, most of them a much shorter distance than that. On that basis, Uber would require 12,500 of them for LA alone, suggesting the production of flying machines may eventually return to levels not seen since World War II.

According to the grand plan, these ride-share fliers will land on ‘skyports’ on top of buildings and, when necessary, coordinate with traditional Uber cars to get passengers from door to door. Batteries are ideal for short hops, says Mikolajczak, and safer than a tank full of jet fuel if the worst happens (many will be pleased to know the vehicle design includes an automated parachute).

The batteries are the familiar lithium-ion type, she says, though “there has been a lot of evolution in the chemistry itself and the technology”. The capacity has been improving between 3 and 4 per cent on average, each year. “[The vehicle] is a feasible vehicle now, but if you look out to 2023 you could have 10-12 per cent more capacity, which means longer range, or better recharge times, or we could pull some of them out for lower weight.”

Cynics may say flying cars are a chance for Uber – which lost US$7.3 billion ($9.8 billion) in the past two calendar years – to tear up money in the air as well as on the ground. But if the company reaches anything like the scale it is talking about, and does it with full autonomy, the profit potential must be vast.

Uber’s project head, Eric Allison, talks about “the crazy high demand that we are pretty sure is going to exist for this service”, adding that there are 45.8 million unique trips taken each day in LA and 20 per cent of them would be quicker using UberAir.

Furthermore, Allison’s numbers don’t account for latent demand; for example, the people who don’t go to the beach because it takes too long. They might do so regularly if Uber’s most ambitious goal is realised: to bring flying down to below the cost of driving your own car.

Allison says such a low cost is entirely achievable because of the scale of the operation, and the highly efficient nature of the eVTOL. Elon Musk flippantly dismissed flying cars with a comment about hubcaps falling off and killing people on the ground. But the rest of the tech world seems to be taking this idea very seriously indeed.