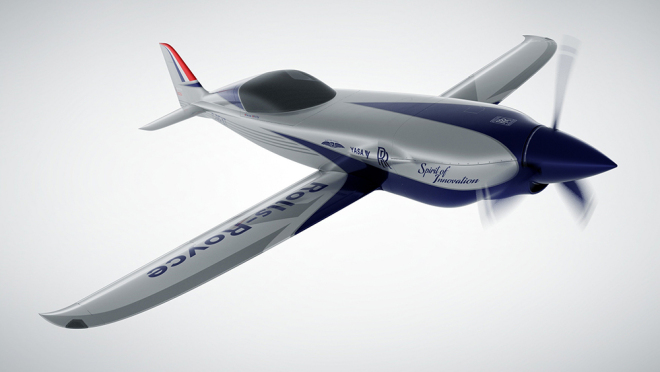 Rolls-Royce is building the fastest electric plane ever

The company is building the 480km/h ACCEL aeroplane to break the all—electric aircraft speed record.

We’ve known for some time now that Rolls-Royce (the one that builds aeroplane engines, not luxury cars) has been working diligently on developing electric propulsion systems that it hopes will power a new generation of emissions-free planes freed from the expense of costly fuel. The company has partnered with Airbus and Siemens to develop the E-Fan X hybrid plane and with Aston Martin on its Volante Vision VTOL concept. It even showed off its own VTOL concept at the Farnborough International Airshow.

But now, Rolls-Royce has revealed plans to build its own all-electric aircraft—partially funded by the British government—in partnership with fellow U.K. firms YASA and Electroflight. Developed under the project name ACCEL (Accelerating the Electrification of Flight), the new aircraft is not only noteworthy for running solely on battery power, it is also designed to earn the title of world’s fastest all-electric plane, with the goal of hitting speeds in excess of 480km/h. By comparison, the current record was set in 2017 by an all-electric Siemans aircraft that topped out at only 338km/h. 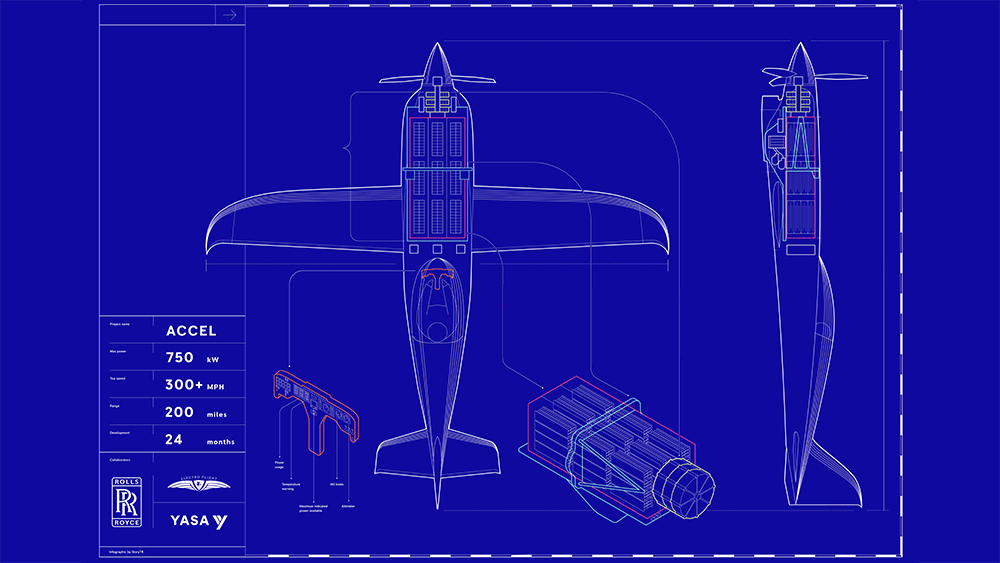 The perennial problem facing electric aircraft manufacturers is that to add range and speed, you need more power, which means adding weight in the form of extra banks of batteries. To help alleviate this, the ACCEL will use some of the most power-dense batteries packs ever created. This will allow it to not only allow the propulsion system to deliver a maximum output of just over 745kW, but will also give the aircraft a 320-kilometre range—long enough to fly from London to Paris.

The aircraft is small and sporty, with the cockpit positioned towards the rear of the plane behind a long nose that that gives it a shape reminiscent of a vintage roadster. However, this design serves a practical purpose as well, as the long nose section houses the banks of battery packs needed to power the plane.

While this particular design will probably never be made into a production model, it does serve as a great benchmark for the progress that has been made in the field of electric aircraft within a few short years. Rolls-Royce anticipates that the ACCEL will be completed by 2020, when it is also expected to attempt its record-setting speed run.