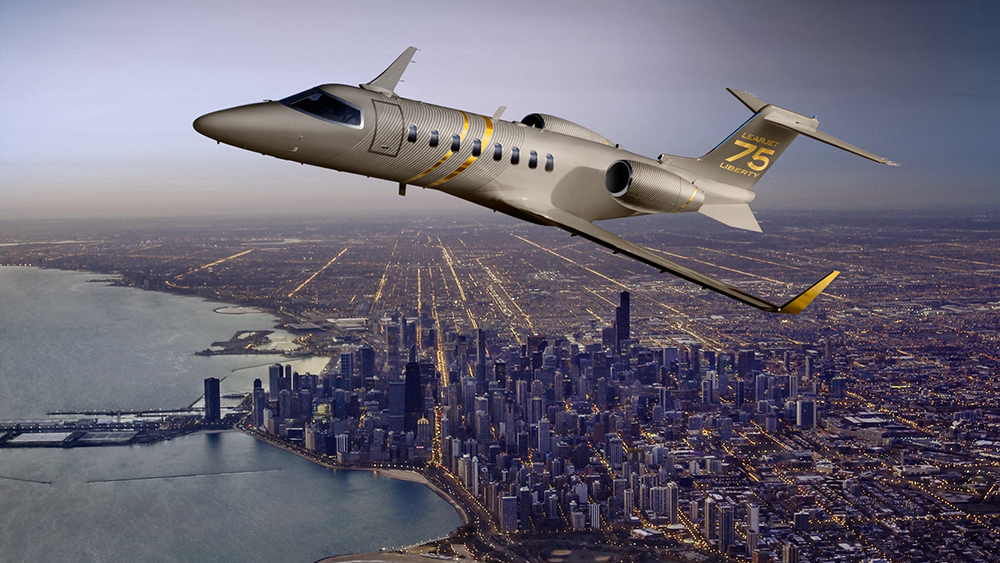 Learjet’s 75 Liberty Light Jet Can Be Yours for $14.1 Million

The newest Learjet gives light-jet passengers a six-seat configuration in the aircraft expected to enter service in 2020.

How often do you hear about a new Learjet? Like never? Canada-based parent company Bombardier recently announced the latest addition to the fleet—the Learjet 75 Liberty. Why mess with a good thing? As one of the original private jets, in 2017 Bombardier produced the 3000th Learjet, which coincidentally was also the 100th Learjet 75.

Bombardier points out that the newest Learjet offers up a six-seat configuration, allowing light-jet passengers the opportunity to spread out a bit in what the company describes as the longest cabin. Listed at around $14 million base price, this latest Learjet is the first to offer an Executive Suite setup in this size jet. The forward, spacious, cabin two-seat Executive Suite and pocket door between the cockpit and cabin deliver lots of legroom and a quiet, private and productive cabin. The aft cabin features a four-seat club configuration, also offering a comfortable and productive space to brainstorm and get work done.

“The Learjet 75 Liberty represents a step up for customers in the light-jet segment, with unprecedented spaciousness and Bombardier’s renowned smooth ride,” says David Coleal, president, Bombardier Aviation. “The newest member of the Learjet family delivers a flight experience that eclipses the competition.”

According to Bombardier, the Learjet 75 Liberty is the fastest aircraft in the light-jet arena and also features a greater range of 3850 kilometres, which is Sydney to Perth non-stop. Top speed is Mach 0.81.

For those eyeing their business flights as a period of forced focus and productivity, the Learjet 75 Liberty is at the ready to make that happen. The aircraft’s Executive suite provides (says Bombardier) the quietest flight experience as well as Gogo ATG 4G connectivity to get sh*! done. The jet’s cabin is flat throughout, and there’s a pocket door between the cockpit and the Executive Suite seating/work space. 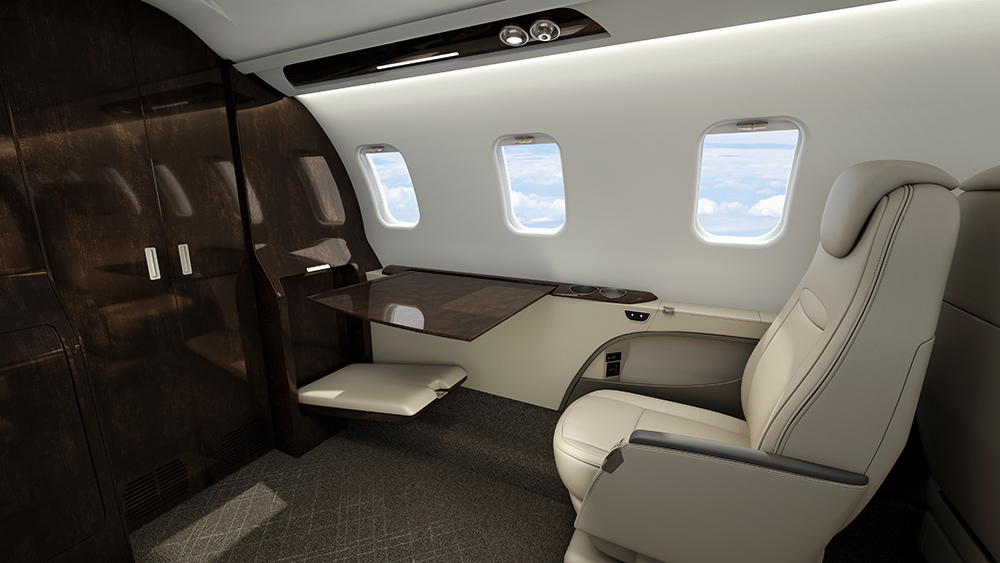 From what we hear, pilots love flying Learjet aircraft because of their impressive handling and performance. The new Learjet 75 Liberty will feature the Bombardier Vision flight deck, and include the recently announced Garmin G5000 avionics upgrade.

The Learjet 75 Liberty is expected to enter service in 2020.