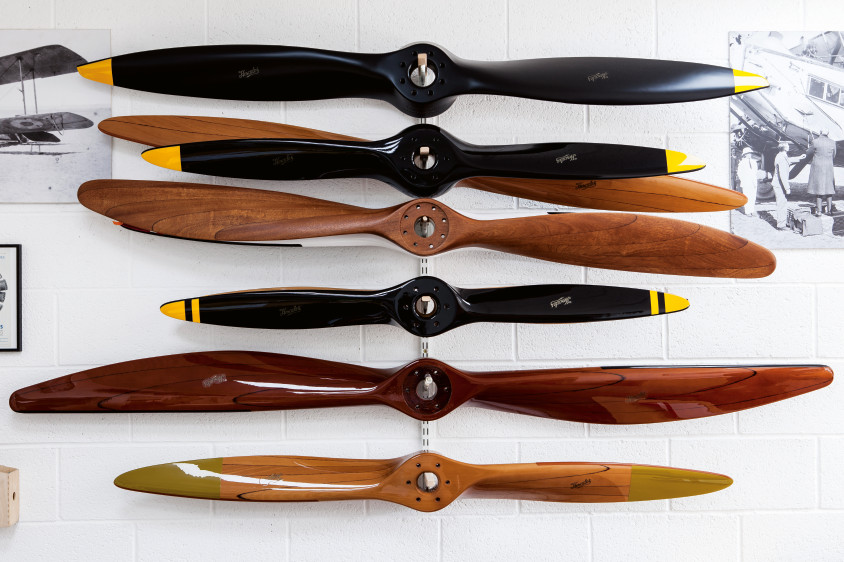 Hercules Propellers, an artisan brand reaching for the sky

The Gloucestershire, UK-based artisanal outfit proving that aeronautical engineering can be both highly sophisticated and distinctly old school

For anyone who associates the Cotswolds with chocolate-box prettiness, Stroud comes as a big surprise. The town is handsome, for sure. But it also has a thriving industrial tradition that goes back to its wool mills – fine-looking stone buildings that line the rivers running through the valleys here. And although only one of those mills still produces cloth today, the valleys retain both engineering know-how and booming businesses – amongst them Hercules Propellers, launched by Rupert Wasey in 2008. Hercules produces around 150 propellers a year – many of them one-offs – for everything from kit-built planes to classic aircraft from the ’20s and ’30s. Later this year Wasey looks set to produce props for that icon of Britain’s Finest Hour, the Spitfire – which up until now have, ironically enough, been fitted with German-made replacements, the only ones that are currently CAA-approved.

As Wasey points out, while there are surely no hard feelings so many decades after the Battle of Britain, “many Spitfire owners understandably want all of their plane to have been made in Britain”. The son of a local engineer, Wasey “grew up around engineering” and trained in aeronautical engineering before ending up in the property business. “Then came (the crash of) 2008 – and the feeling that it was time to do something else for a while.” As it happened, Wasey had just built himself a kit plane, and found, as do many aviation enthusiasts, that it was impossible to source the perfect propeller for it. So he set about making his own, which worked so well a pilot friend asked him to make some for his own plane. “At this point I realised I had a potential business on my hands,” he says – one that combined a gap in the marketplace with an enduring fascination with both aviation and engineering. 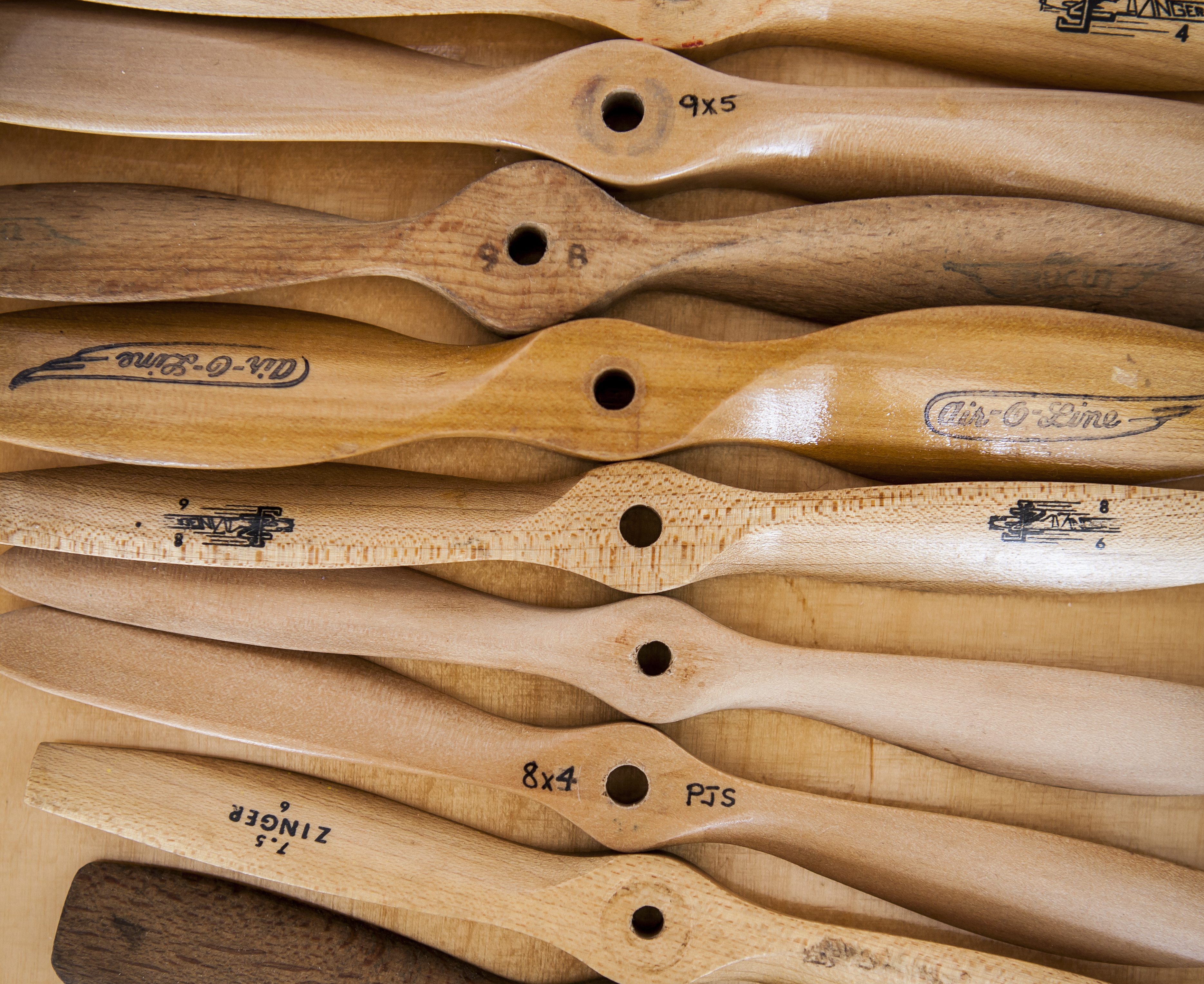 Wasey jokes that, had he properly understood back then what his new venture would entail, he might have stayed in the property business. For starters, much of the know-how around making wooden propellers had been forgotten. “Pretty well everyone who knew how to make them is dead,” he says, a reality despite wood being a great material for making plane propellers. “It doesn’t fatigue, whereas metal resonates and therefore can.” As well as being highly functional, these are beautiful objects, I realise, looking at the finished pieces waiting to be shipped off to clients in Australia, France, America and elsewhere. Small wonder some clients spend a couple of grand or so on a set of handsome Tiger Moth-style props just to display them on the wall. To achieve his current manufacturing set-up, where he employs a team of five, Wasey has had to design and make from scratch many of the tools and much of the equipment himself. “One end of the workshop is all about computers and machinery,” Wasey explains, gesturing to a computer design programme that helps create perfect props for any plane, developed in partnership with aeronautical scientist Jan Carlsson. A block of laminated wood – fresh from the glue press – is placed into a CNC (Computer Numerically Controlled) machine, and once a code is entered, it cuts a rough propeller shape over several hours. The result is sent to the other end of the workshop, “which is all about more traditional craft like sanding and painting”, says Wasey. 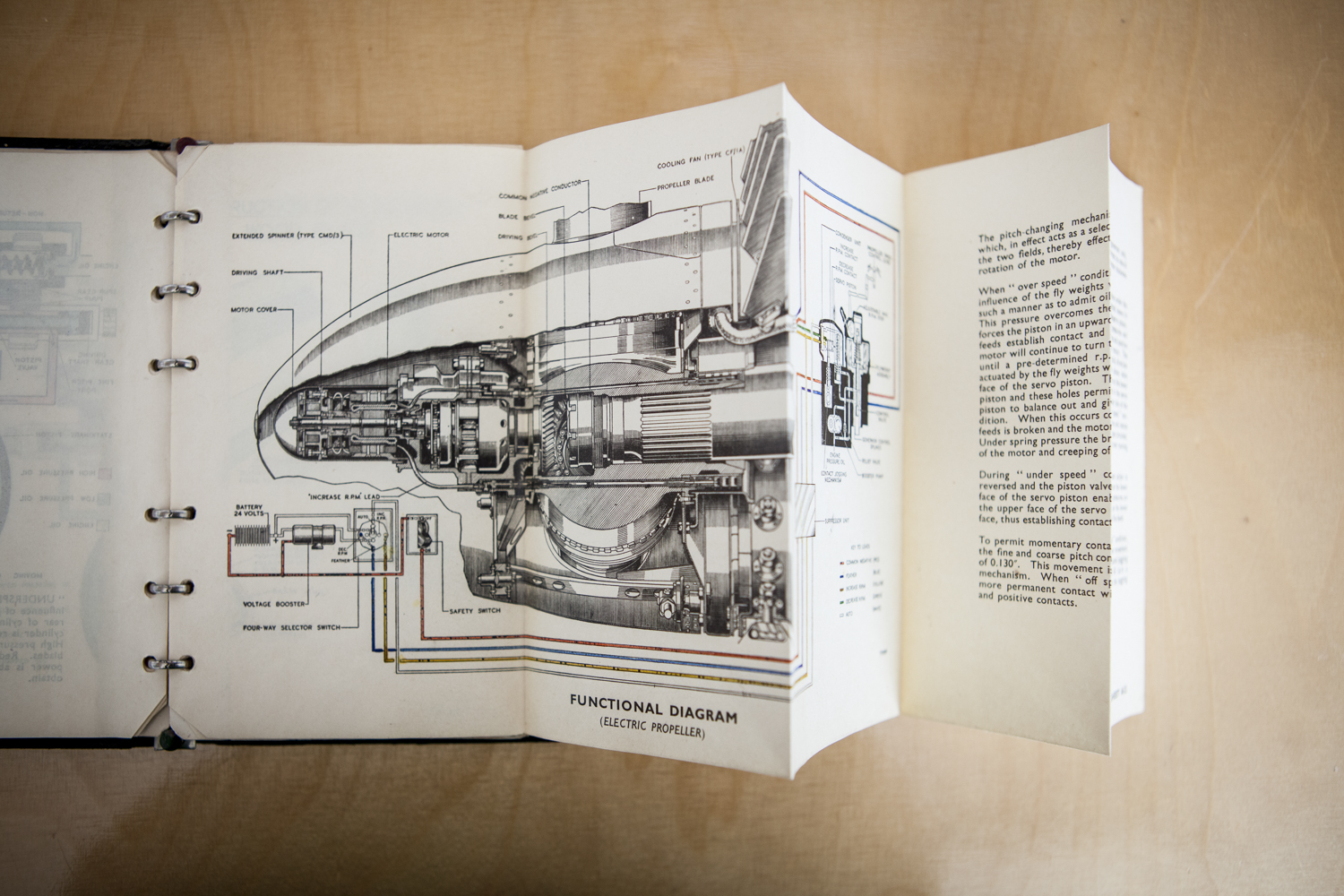 In the middle of the space, there’s an office, its bookshelves and drawers filled with the old manuals and blueprints with which Wasey researches aircraft, and a workbench on which various gadgets test the strength and endurance of new products and materials.Perhaps the most fascinating of these is Hydulignum, a laminate of fine leaves of beech that is light, durable and super-strong.

“It’s also very beautiful – it looks like caramel.” It was used historically to make Spitfire props. “They’re war relics, really,” Wasey says of the row of original props in his workshop. Some of these Wasey has had to cut into, with great reluctance, in order to understand their qualities. “It felt odd, cutting up a piece of history like that,” says Wasey – although did they use the offcuts to make pens, which are sold to help fund the Spitfire project. 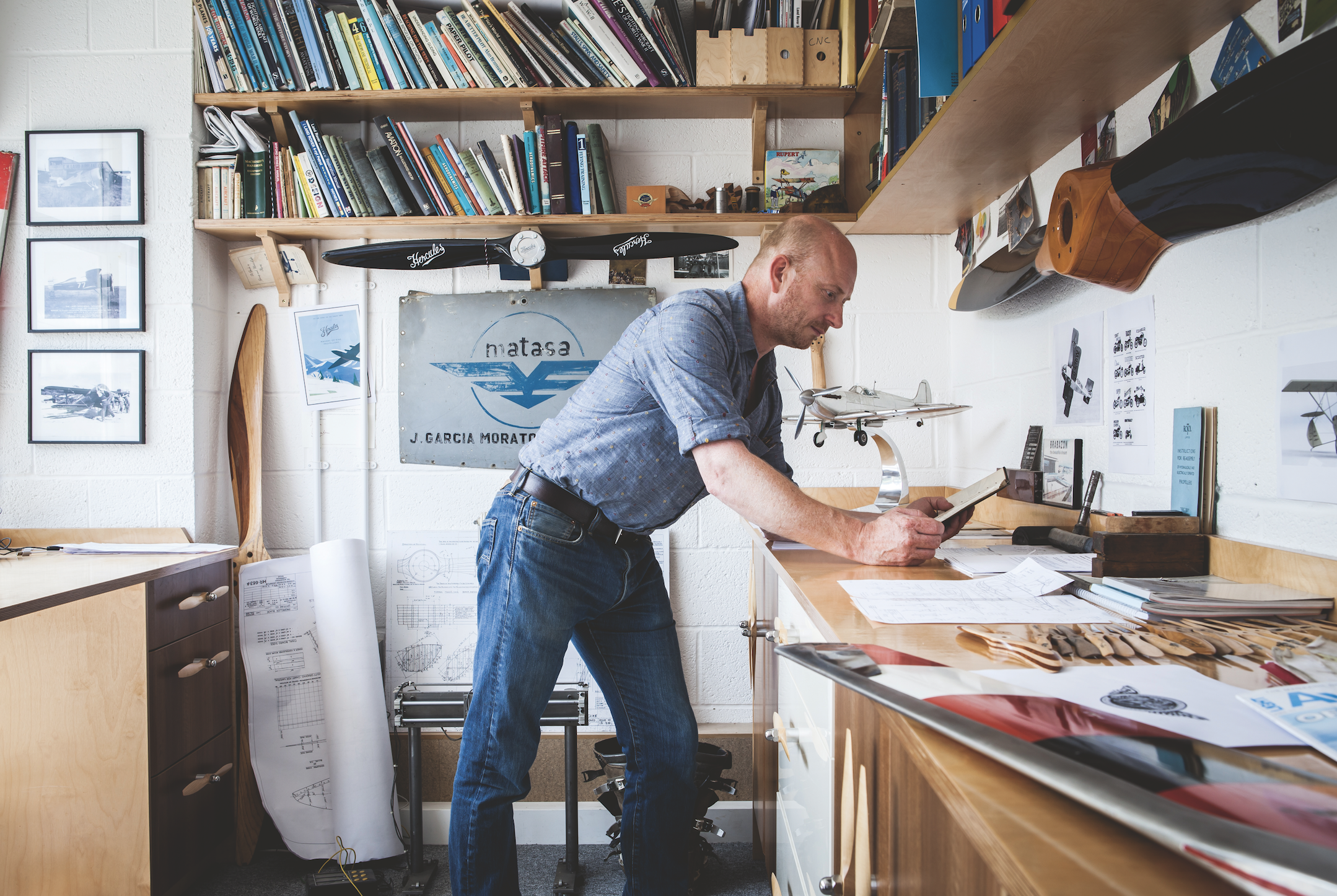 A useful material employed during the First World War for its stability and strength, incidentally, is Honduras mahogany: this now being an endangered rainforest wood, Hercules got around the problem by buying up a batch of Victorian-era church pews made from the timber. Another truly helpful find resulted from Wasey getting a call from someone at an engineering business called Permali, based in nearby Gloucester. Permali had at one point acquired Hordern-Richmond – the aeronautical business co-founded in the ’30s by the 9th Duke of Richmond (who went on to open the Formula 1 track at Goodwood), which manufactured Spitfire props during the war. “There, for half a century, its archive had been kept in drawers which nobody ever opened. All this was about to go into a skip when someone thought to Google ‘propeller manufacturers’ and spotted us.”

And so, with remarkable serendipity, Wasey was given the Hordern-Richmond archive and found among the many pen-and-ink draughtsman’s drawings one marked ‘Spitfire Mk VII Merlin Engine 1942’.

The good news for Spitfire collectors is that the first of Wasey’s flight-ready Spitfire props was due to leave this most elevated of production lines in the northern Spring – appropriately enough under the newly-acquired and revived Hordern-Richmond marque. Not long after that, a little bit of British engineering history will soar once more.