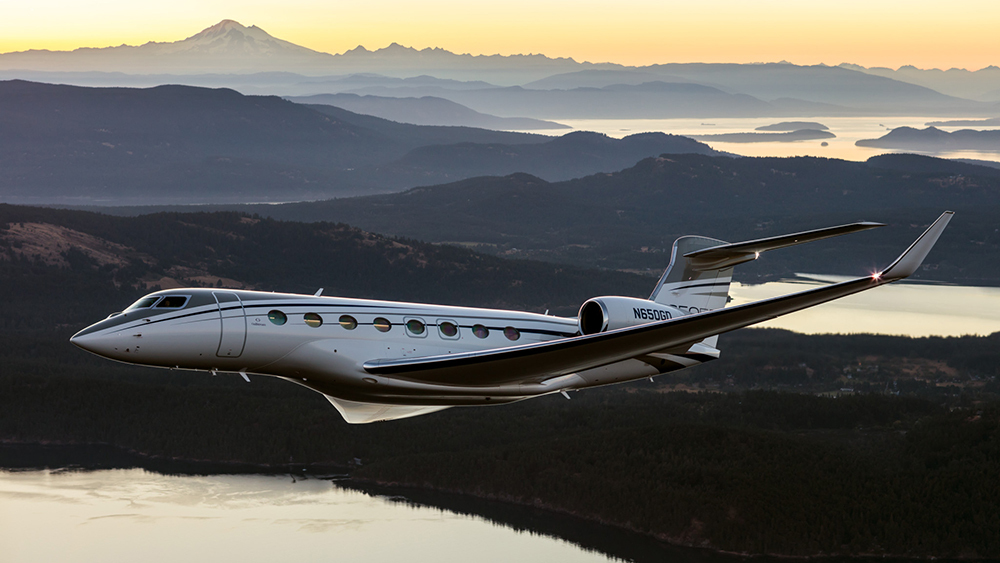 On February 19, Gulfstream announced its ultralong-range Gulfstream G650ER broke a city-pair record when it flew from Singapore to San Francisco, or 7475 nautical miles. Flown at an average speed of Mach 0.87, Gulfstream reports the flight took 13 hours and 37 minutes. The G650ER is powered by two Rolls-Royce BR725 A1-12 engines and can fly up to 19 passengers. It has a maximum speed of Mach 0.925.

On March 4, Bombardier disclosed that its new Global 7500 business jet flew 8152 nautical miles—from Singapore to Tucson, Arizona—the longest mission ever flown by a purpose-built business jet. At a sustained speed of Mach 0.85, this flight also sets the record for the highest speed over the longest distance in business-aviation history. Bombardier reports that the flight’s duration was approximately 16 hours. 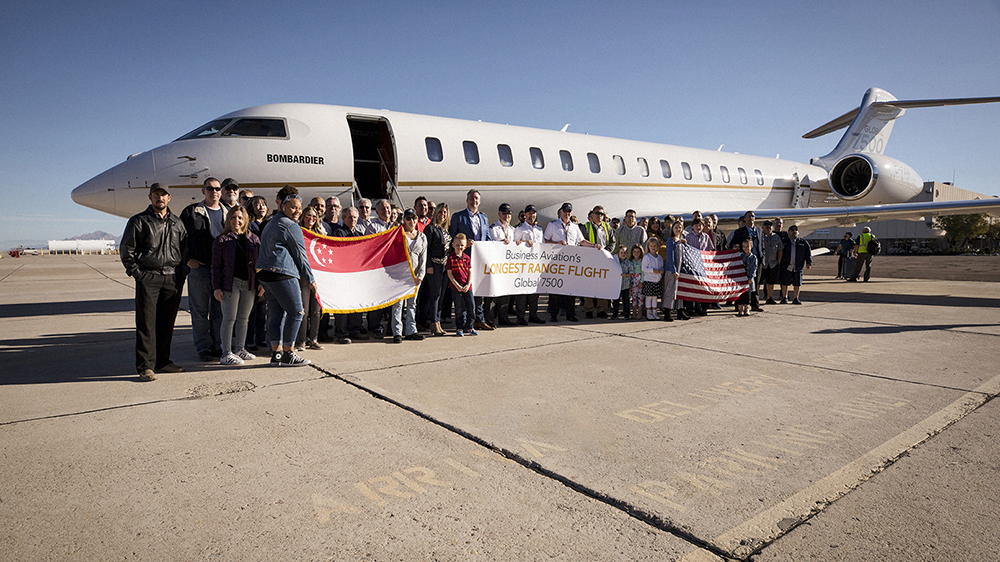 Global 7500 jet’s 8,152 nm flight is the longest mission ever flown by a purpose-built business jet.
Photo: Courtesy of Bombardier

“The priority on this trip was to show that customers could realistically fly such missions with ample fuel reserves. Thus we decided to use our Long-Range Cruise setting to maximise fuel at landing. The LRC setting on the Global 7500 is a variable speed but works out to about Mach 0.85. This allowed us to land with reserves well over NBAA IFR requirements and represented over 90 minutes more of additional flight time,” explained Dominique Cristall, Bombardier’s senior public relations and sustainability advisor. “The mission was flown at optimal altitudes for fuel burn well above commercial traffic.” 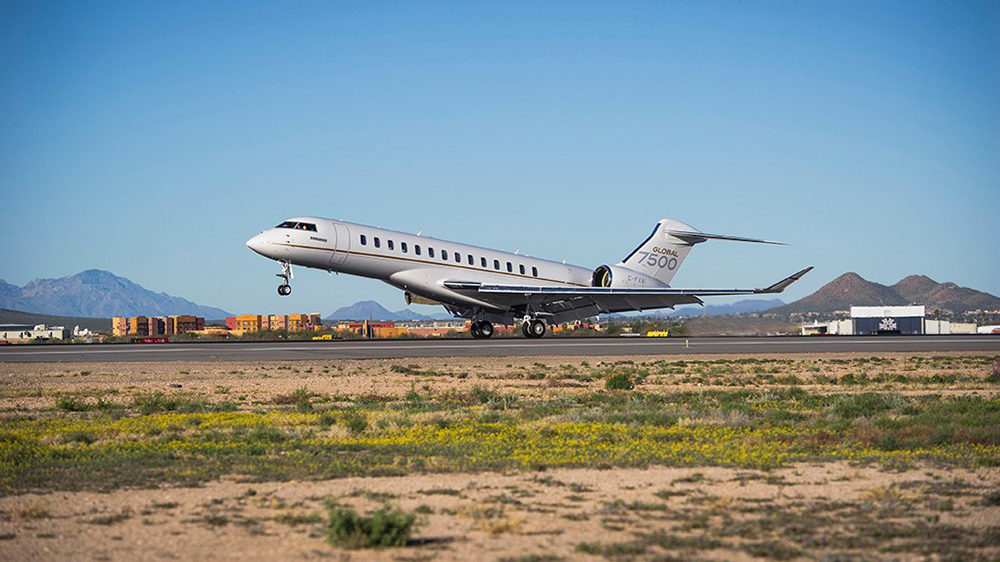 The Bombardier Global 7500 entered service in December, can carry up to 19 passengers in its four living spaces, and is powered by GE Passport engines.

The Gulfstream G650ER entered service in 2014, five years after the G650. Flying with eight passengers and four crew at Mach 0.85, the G650ER has a range of 7500 nautical miles. Combining the G650 and G650ER, this Gulfstream aircraft holds more than 85 records.