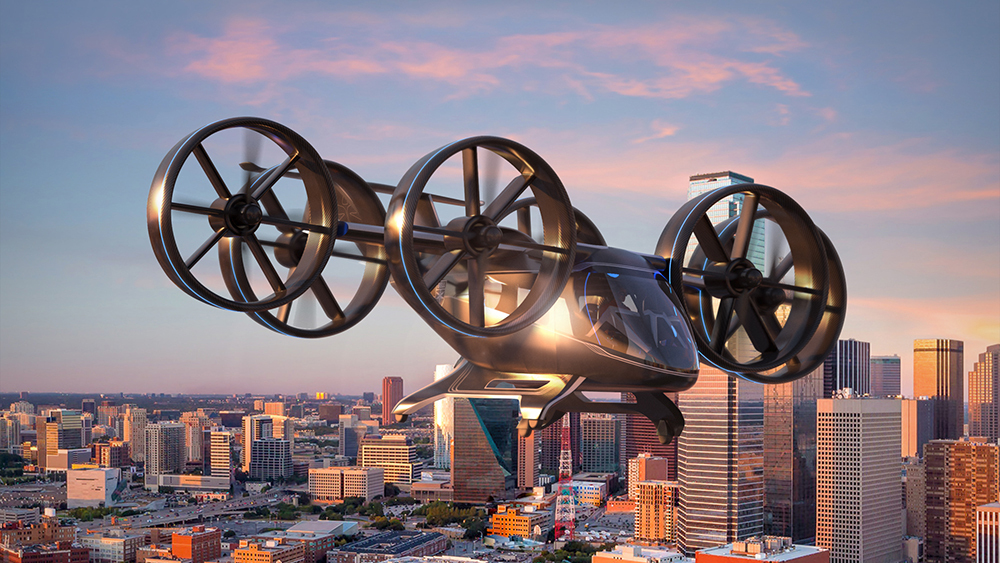 Flying Taxis Are Coming. Here Are 5 That Are About to Take Off

They’ll ferry you above traffic in an eco-friendly fashion.

From Airbus to Audi, and Boeing to Bell, more than 20 advanced tech companies want to take commuting to new heights. The electric vertical takeoff and landing (eVTOL) flying taxis they’re developing will ferry you above traffic in an eco-friendly fashion.

Here are the contenders hovering near completion. 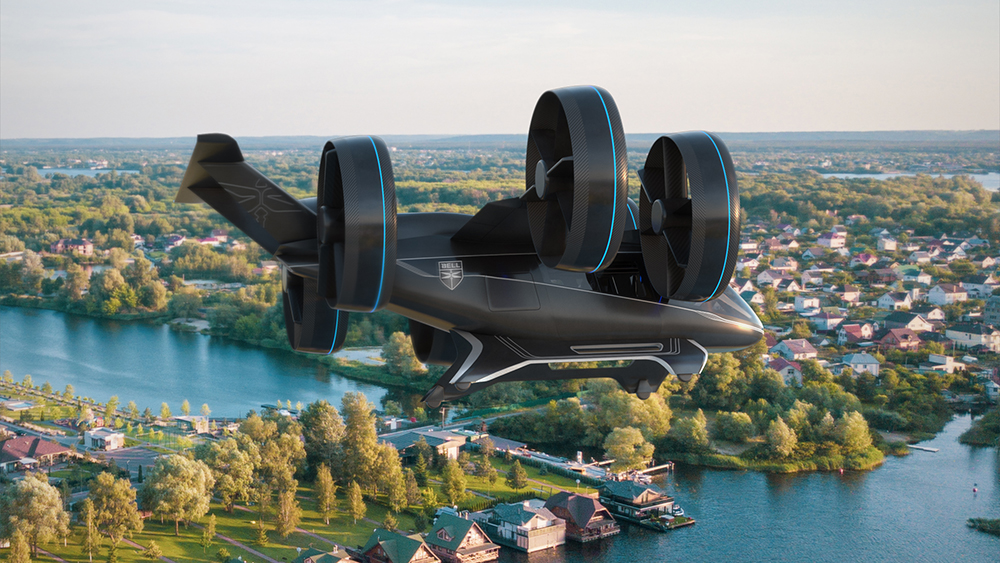 Texas-based Bell knows a thing or two about going up, up and away. Formerly Bell Helicopter, the aerospace firm makes the US military’s fearsome V-22 Osprey vertical takeoff flying machine. On the commercial front, Bell is developing the Nexus, a four-passenger, hybrid-electric VTOL concept that will use six huge tilting fans. Uber signed on as a partner in 2017 with plans to use Nexus as a ride-service transport in major cities by 2023. 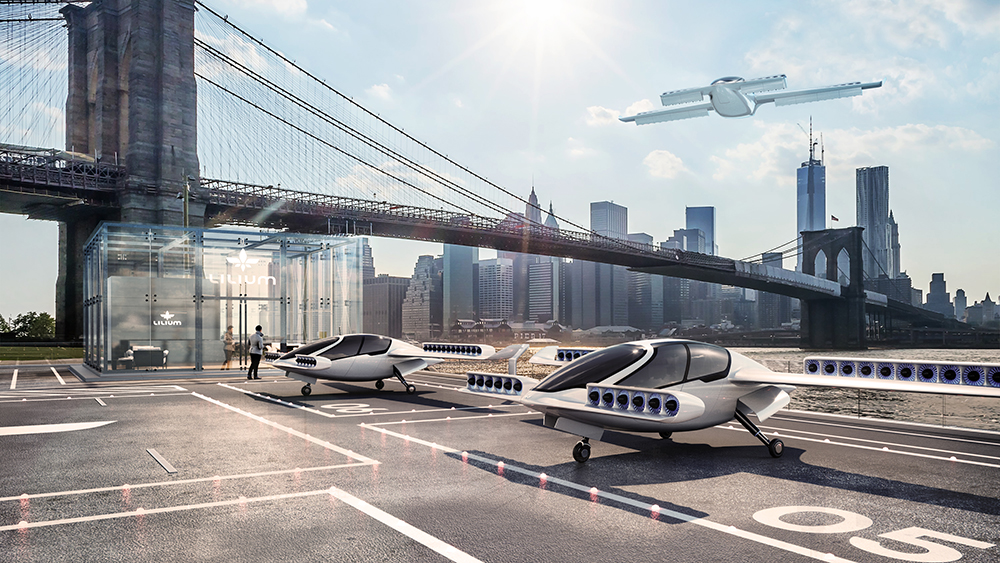 There are high hopes for this entry. In recent months, Germany’s Lilium has hired Frank Stephenson (former McLaren design chief) and Mirko Reuter (former head of autonomous driving at Audi). The five-seat Lilium Jet concept, which already has had a test-flight, uses 36 electrically driven props embedded in the wings. The aim is for it to have a 300km/h top speed and a 300km range. 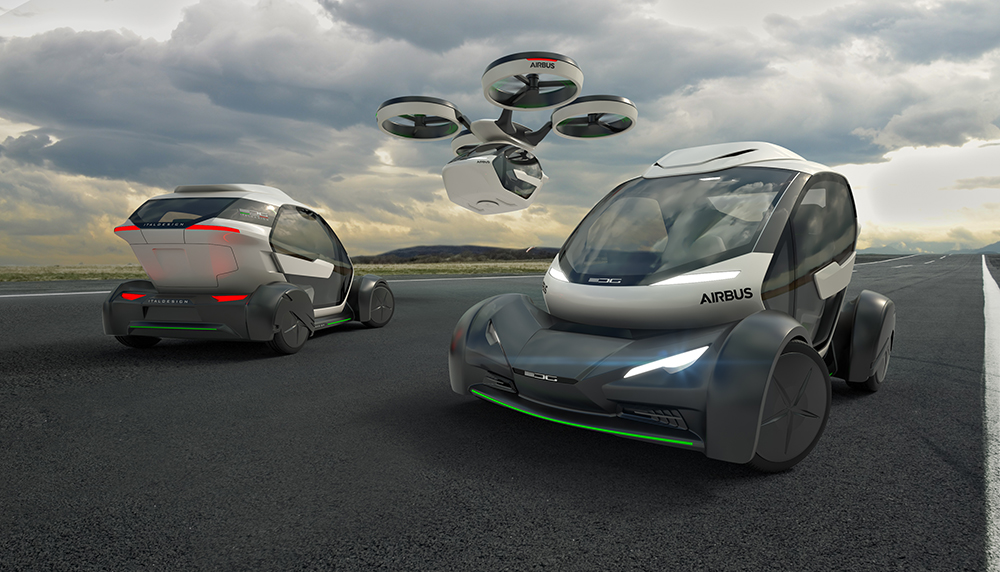 Audi Pop.Up Next.
Courtesy of Audi

Audi has teamed with ItalDesign and jet-maker Airbus to build this autonomous, zero-emissions airborne cab composed of three separate components. The main part is a quad-prop module that carries a detachable two-seat pod. When it comes in to land, the drone-like VTOL lowers onto a four-wheeled platform and releases the pod, which can then be driven away. Audi put its theory into practice when it recently demoed a quarter-scale prototype. 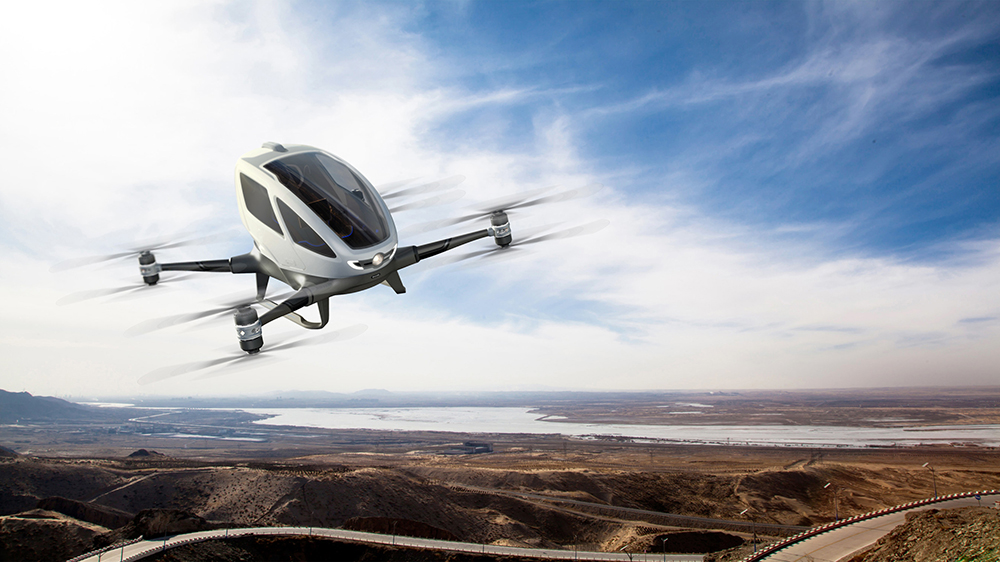 This Chinese-built autonomous quadcopter can already be spotted zipping through the skies of Guangzhou. EHang has carried out more than 1000 manned test-flights of its battery-powered Autonomous Aerial Vehicle. Simply climb in, tap your destination on the screen, and the AAV will take you there. This single-passenger, eight-propeller prototype can fly for roughly 23 minutes at 128 km/h. 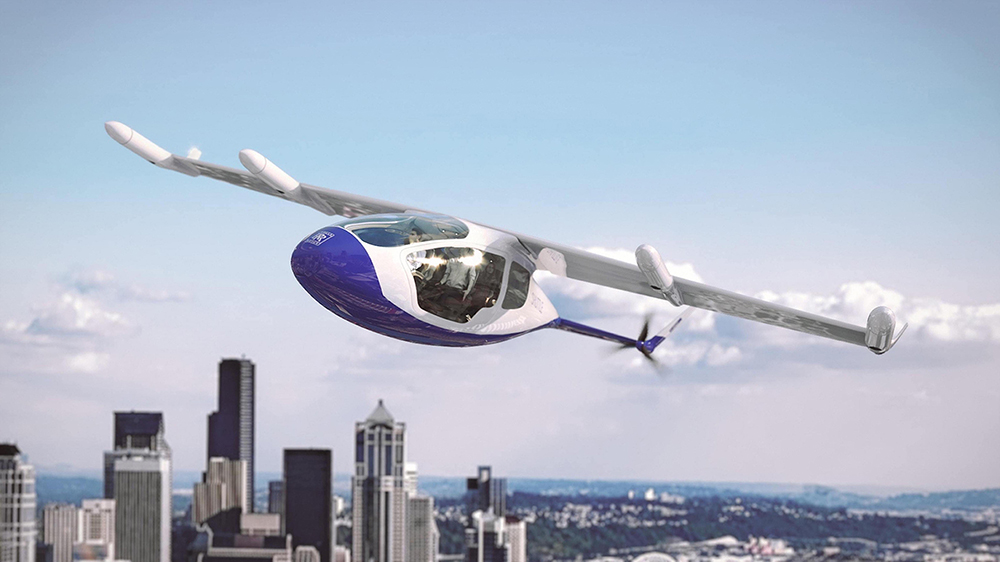 No, not that Rolls-Royce. This unusual bird is the creation of Rolls-Royce, the industrial technology company, which has big plans for the five-seater. What sets it apart are the wing and tail sections, each able to rotate 90 degrees. The wing has four propellers that fold away at cruising height, while the twin props at the rear then take over to provide thrust.