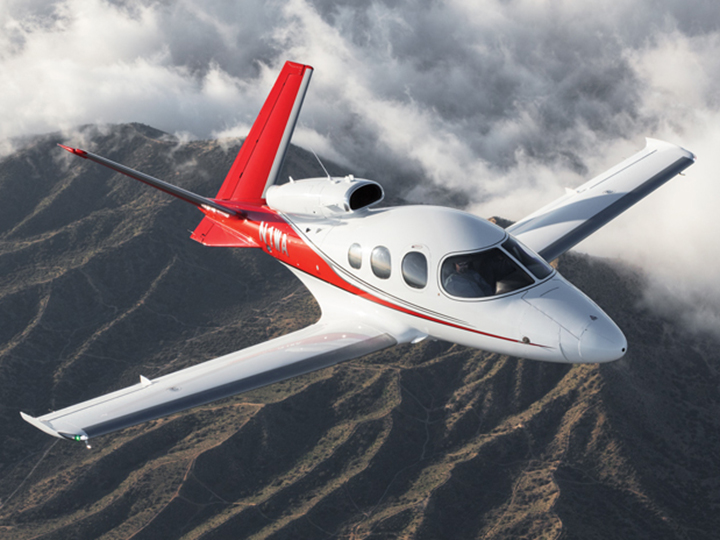 It can fly higher and faster than any other turboprop, yet its price is about half that of its closest competition.

The first single-engine jet in service, the new Cirrus Vision Jet, can fly higher (8534 metres) and faster (555 km/h) than any turboprop, and its $US1.96 million ($A2.5 million) price is about half that of its closest competition in the personal-jet market.

Cirrus built the Vision Jet around a carbon-fibre monocoque, making the aircraft light enough to take off from runways that are just over 610 metre long and fly nonstop for 2220 kilometres at a cruising speed of 444 km/h.

The Vision Jet is compact compared to other personal jets, but the interior is spacious enough to accommodate as many as seven passengers comfortably. The finishing in the cabin is akin to that of a luxury SUV or sedan. The cabin also provides an impressive level of visibility for the pilot and passengers, thanks to the large windows.

Cirrus received FAA and European certifications for the Vision Jet in May and has begun delivering the first of its 600 pre-ordered aircraft. The brand plans to slowly ramp up production in early 2018 to meet a growing demand for this new paradigm of practical personal aviation.