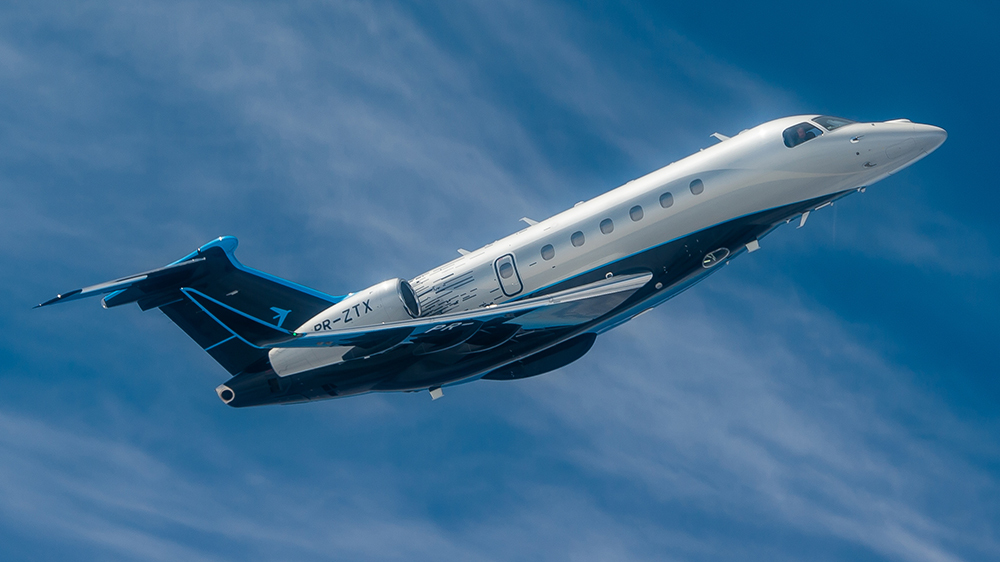 The aircraft is first in class in more ways than one.

New aircraft models come around rarely, but Brazil-based Embraer has a fresh one that’s about to take off. If the company’s right, and that’s a big if, the Praetor 600 business jet just might be “the best-performing super-midsize jet ever developed.” Embraer asserts that the Praetor 600 holds rank as the farthest-flying super-midsize jet because it can fly nonstop between London and New York, São Paulo and Miami, Dubai and London. With four passengers and significant fuel reserves, the jet has an intercontinental range of 7440 kilometres. And take-off airfield length for such a mission is only 1350 metres, compared to 1720 metres for the Bombardier Challenger 650, which has a similar size, range and passenger capacity.

The Praetor 600 is the first in its category with full fly-by-wire technology, which uses side-stick controls to reduce pilot workload and provide added safety. A special turbulence-reduction feature ensures a smooth and efficient flight. Okay, then, bring us on board. 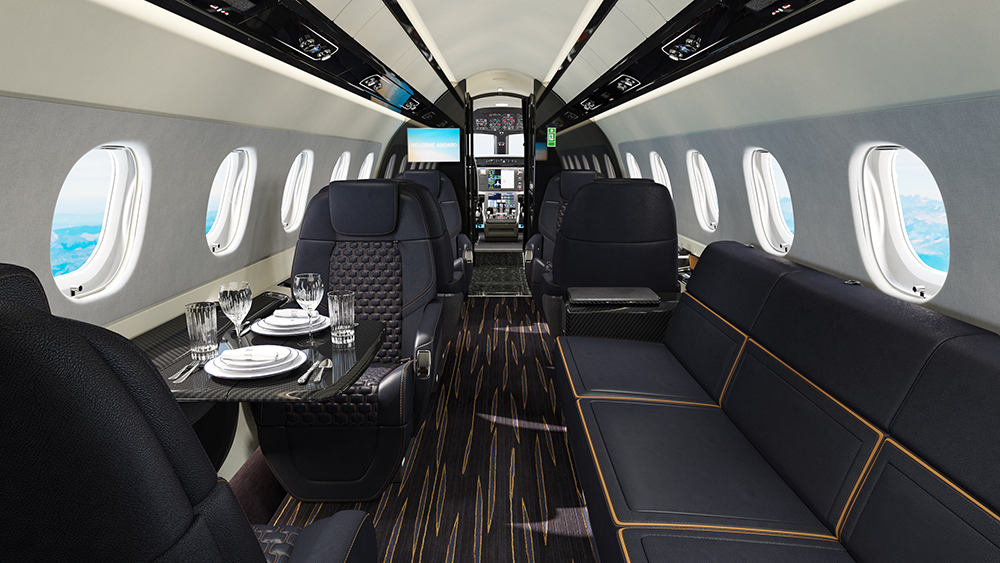 Dialling in the temperature, entertainment, blinds and lights, the Praetor 600’s tech panel also displays flight information and is available on personal devices through Honeywell Ovation Select. High-capacity and high-speed connectivity is offered via Viasat’s Ka-band, with speeds of up to 16 Mbps and unlimited streaming, even big files and movies. 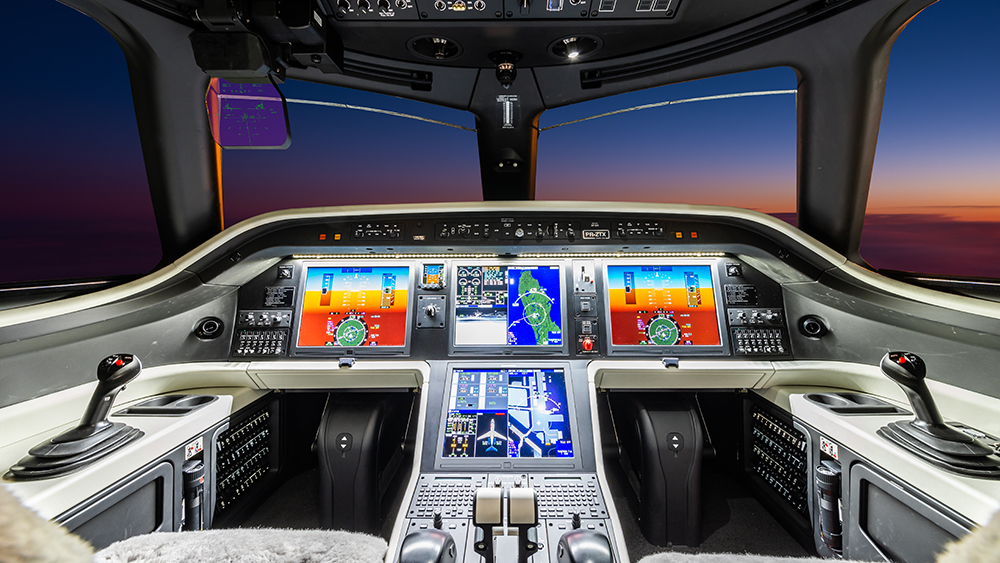 The cockpit features Collins Aerospace’s newest edition of the Pro Line Fusion flight deck, which includes a vertical weather display, air-traffic-control-like situational awareness, predictive wind-shear radar capability, an Embraer Enhanced Vision System with a head-up display (it’s transparent so the pilot doesn’t need to look down for info) and more. Two fuel-efficient Honeywell HTF7500E turbofan engines, reported as the greenest in their class, keep the aircraft moving. The jet should be ready to fly this month.