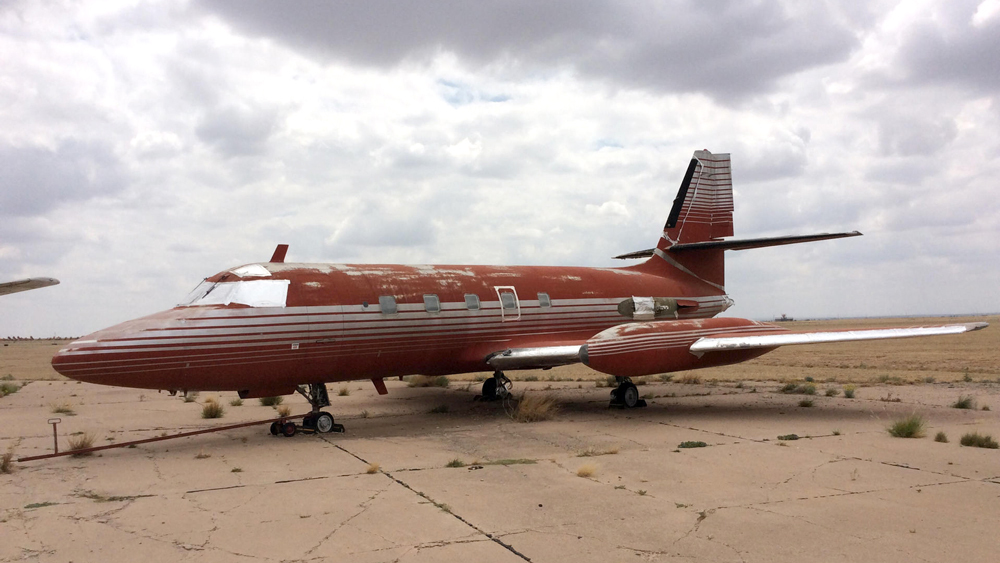 Be warned: Repairs are needed.

While visiting the museums and mansion at Graceland—Elvis Presley’s former-home-turned-tourist-attraction in Memphis, Tenn.—fans of the King of Rock ’n’ Roll can see two of Elvis’s former private jets: a Convair 880 called Hound Dog II and a Lockheed Jetstar called Lisa Marie, named for his daughter. Despite the estate selling the pair to a private buyer in 2015, the two parties agreed that the planes would remain at Graceland so visitors can still tour the jets, which are preserved just as they were when Elvis was using them.

Nearly halfway across the country in Roswell, N.M., life played out a little differently for a third jet that belonged to the King. Purchased in 1976, this Lockheed Jetstar was sold by Presley the following year, after which it remained parked on a runway in New Mexico for more than 35 years. (No word yet on if it’s where Elvis has been hiding with Bigfoot all this time.) 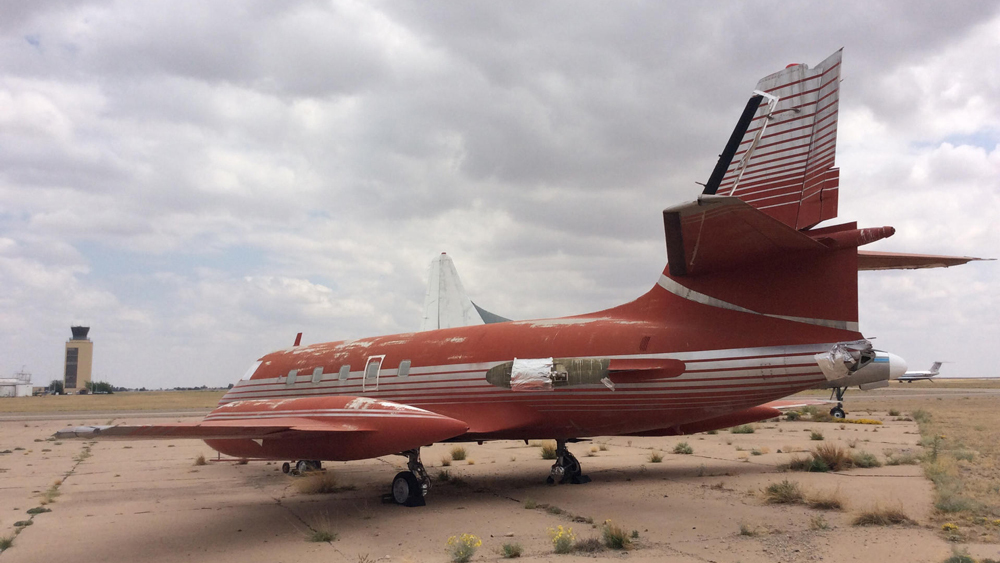 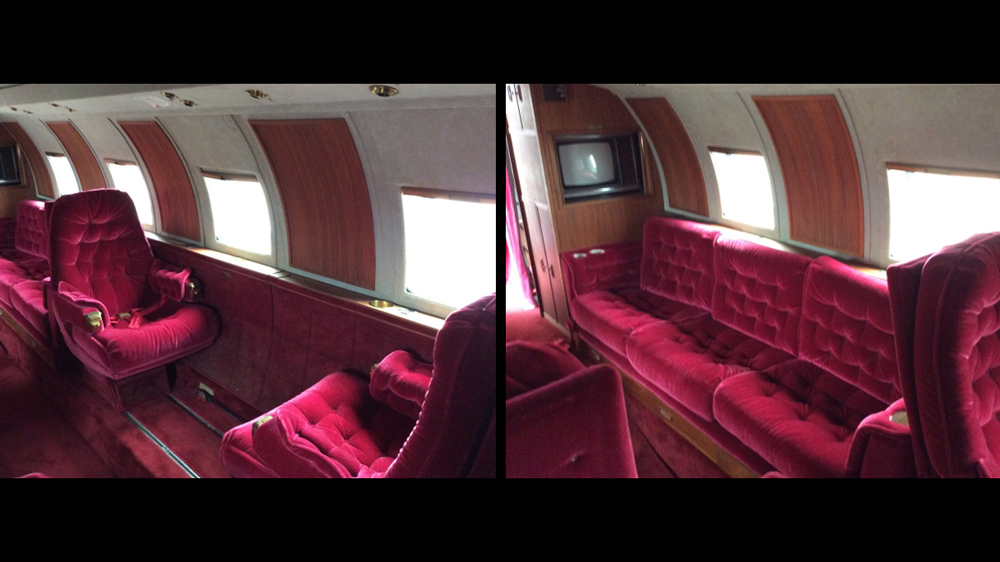 Suffice it to say, the intervening decades have not been kind to the plane, whose red and silver exterior has become weathered and faded from its time in the elements. It’s not currently in operable condition, and the listing notes that it is missing cockpit components and engines—you know, nothing too important.

If the exterior doesn’t quite seem fit for a king, a look at the custom interior leaves no doubts that the jet belonged to Presley. The cabin is awash in rich crimson fabrics that cover the velvet chairs, shag carpet, and bulkhead. Further touches include woodwork on the bulkheads and cabinetry as well as gold-plated accents throughout. It even featured a video monitor—quite a luxury at the time.

This isn’t the first time Elvis’s lesser-known Jetstar has been up for bids. In fact, the current owner bought the jet just last year for $430,000, well below its original multimillion-dollar estimate, so it may go for even less this time around. It’s not clear what one would do with the plane—it would have to be disassembled and transported somewhere—although it could potentially fetch millions if it was fully restored. And Elvis fans are ready to buy; just recently, an Omega watch owned by Presley sold for nearly $2 million, well above its $106,000 high estimate.