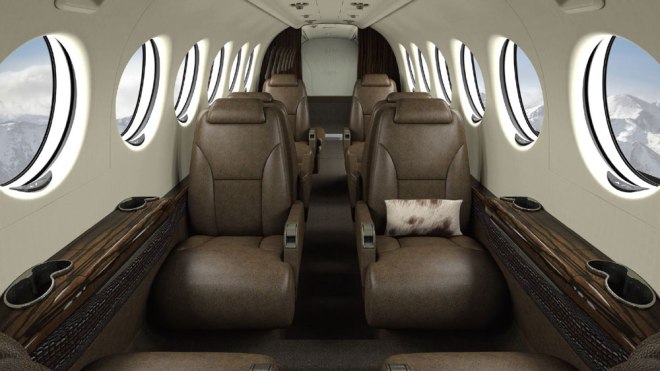 Beechcraft’s new special-edition turboprop is fit for a king

When Textron Aviation recently introduced the King Ranch edition of its Beechcraft King Air 350i twin-engine turboprop, it begged the question, what does one have to do with the other? Well, the co-founder and namesake of the vast, South Texas ranch was a pilot—a river pilot. Captain Richard King, who purchased the South Texas property and established the ranch in 1853 to raise cattle, had been making a living by piloting steamboats on the Rio Grande.

The plane and the property also share the traits of longevity and versatility. King Ranch, which, at 334,000 hectares, is the largest ranch in Texas, has been in business since 1853. The operation now includes ranching (cattle and quarter horses), farming (citrus, turfgrass, cotton, milo, sugar cane, corn and palm trees) and hunting, as well as a saddle shop, a publishing company, a John Deere dealership, and a branding deal with Ford for the F-150 pickup.

Likewise, the King Air model has been around for a long time; the original King Air made its first flight in 1964, and since then, about 7500 aircraft from the line have been produced. And while Textron bills the 350i as the world’s most popular business turboprop (the company delivered 45 examples in 2017 and 35 through the first three quarters of 2018), the plane has also been used by law enforcement departments, missionary and aeromedical organizations, and the military. 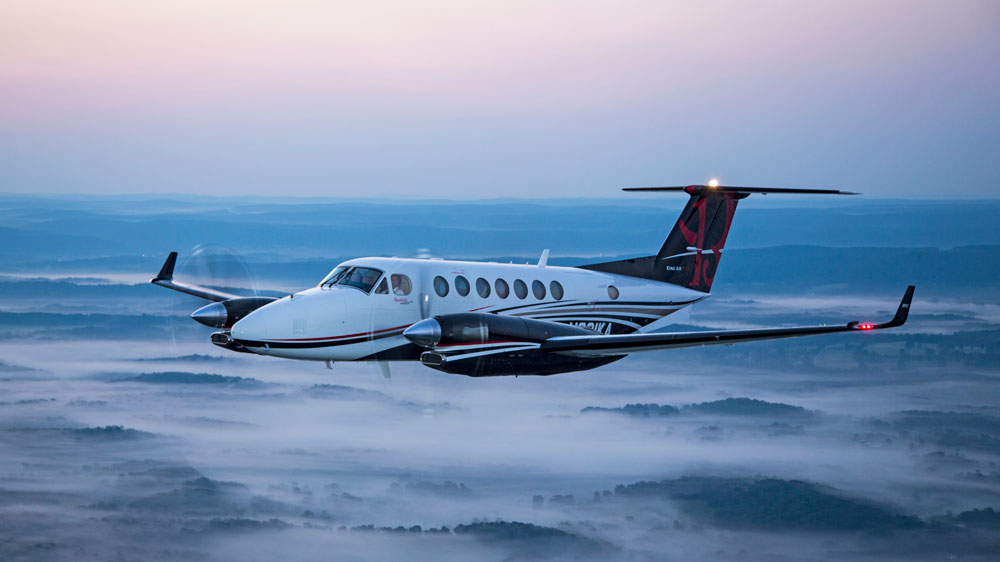 In fact, in 2008, the US Department of Defense, ordered as many as 30 specially equipped extended-range versions of the King Air 350i-the 350ER-to use for intelligence, surveillance, and reconnaissance (ISR) support for ground troops in Iraq and Afghanistan. This was before Beechcraft was acquired by Textron. Beechcraft began delivering the planes in 2010, but they were considered so valuable to the war effort that the defense department couldn’t wait for Beechcraft to build and deliver the rest of the order. So instead, the DoD acquired eight pre-owned King Airs and, after removing the cabins’ wood veneers, drink cabinets, audio systems and TV screens, it retrofitted the planes with listening devices and video cameras.

You don’t get any spy gear with the King Ranch edition of the 350i, but the interior does feature pewter trim accents below the four tables, bulkhead quilting that displays the ranch’s Running W logo, King Ranch-branded throw carpets, hair-on-hide lumbar pillows, an ostrich muslin vinyl headliner and window panels, Tendu side ledges and cabinetry, and crocodile-embossed leather upper sidewalls. The livery is white with lustrous brown and black stripes, and it also showcases the Running W logo, adjacent to the entry door and on the inboard side of the winglets.

The 350i accommodates eight people in the passenger area, travels nonstop as far as 3340 (land) kilometres, and has a maximum cruising speed of 577km/h. Deliveries are expect to begin in 2019.