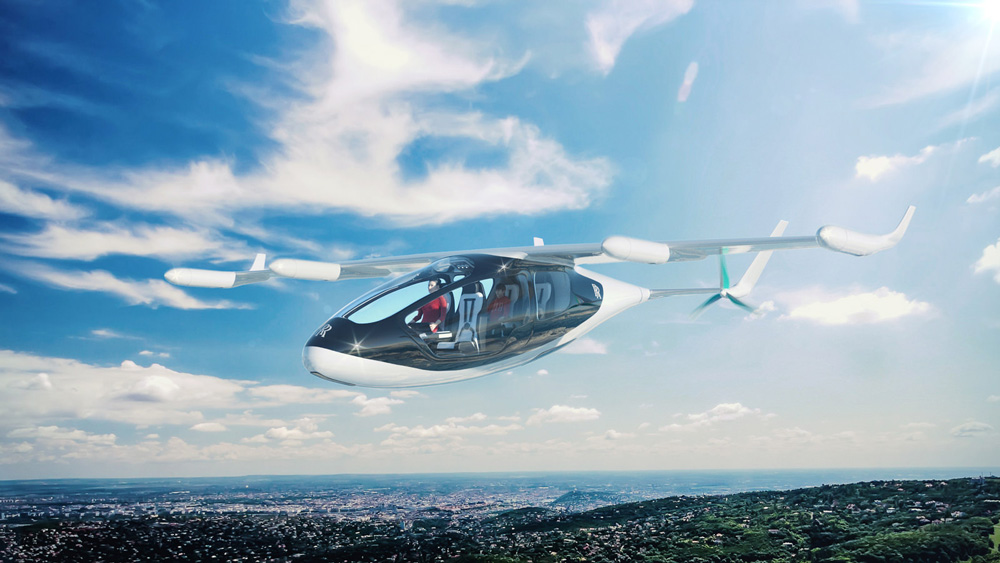 Getting your Aston Martin airborne usually ends badly, but this three-person VTOL brings the marque’s sexy design sensibilities to the sky.

The biennial Farnborough International Airshow has kicked off outside of London with a massive announcement.

Aston Martin confirmed it was developing a take-off and landing vehicle (VOTL) concept developed in collaboration with Cranfield University, Cranfield Aerospace Solutions, and Rolls-Royce (the aerospace company, not the auto marque).

The Aston Martin Volante Vision Concept is a look into the future of urban transportation, one in which daily commuter vehicles are not limited to land.

“With the population in urban areas continuing to grow, congestion in towns and cities will become increasingly demanding. We need to look at alternative solutions to reduce congestion, cut pollution and improve mobility,” says Dr. Andy Palmer, CEO of Aston Martin. “The Volante Vision Concept is the ultimate luxury mobility solution.”

The aircraft would have room for three adults and would be flown completely autonomously, thanks to technology developed at Cranfield University.

For its part, Rolls-Royce has already developed hybrid-electric systems for other applications, so it will be applying its knowledge to create hybrid-electric propulsion systems designed for personal air mobility. 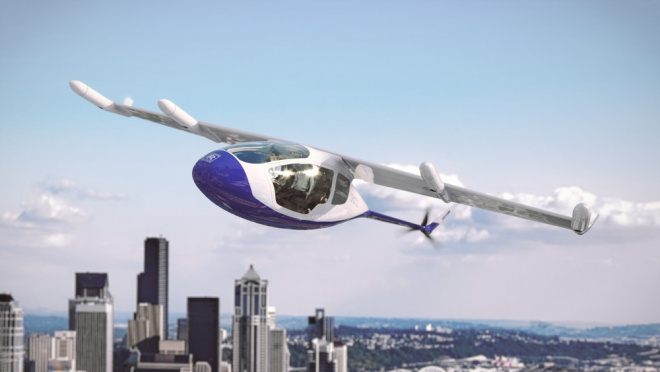 The most readily apparent contribution, however, comes from Aston Martin, whose chief creative officer, Marek Reichman – designer of the DB11, the new Vantage and the DBS Superleggera (which Robb Report reviewed here) conceived the look of the new aircraft.

Put quite simply, the Volante Vision is high-design sci-fi, with the aggressive appearance of a battle-ready starfighter crossed with the sleek refinement and curves of a sports car.

From the images provided by Aston Martin, it seems that the craft will use a large central fan to get aloft, and then two propellers flanking the cockpit will provide forward thrust.

While the Aston Martin Volante Vision Concept is about the coolest VTOL concept we have ever seen, the companies involved have made no mention of schedules (as Uber Elevate has) or production goals, so it will likely remain a concept for the foreseeable future.

That said, if we don’t see Daniel Craig flying in one of these bad boys in the next 007 movie, we’re asking for our money back.