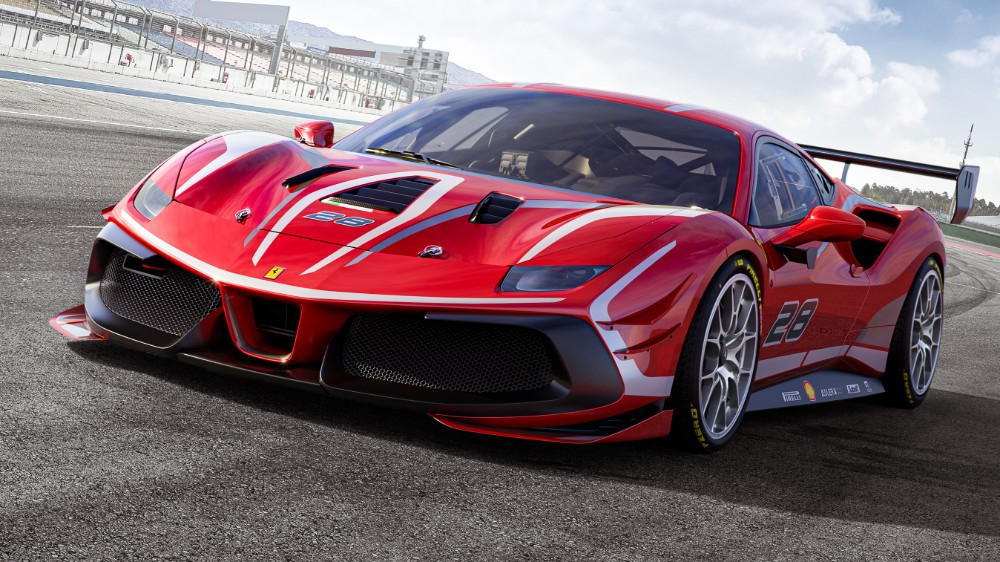 Meant for use in the Ferrari Challenge, the track-ready car features an upgraded design and better performance.

If you want to get into racing, Ferrari has you covered. We don’t just mean with fast cars—though it has plenty of those—but with actual race cars, the latest of which is the 2020 488 Challenge Evo.

At Ferrari Finali Mondiali event in Mugello, Italy, last weekend, the storied automaker unveiled its latest consumer race car. Meant for use in the brand’s Ferrari-only racing series, the aptly named Ferrari Challenge, the speedster’s design and performance have been refined to make it an even more competitive and capable car than before.

Where the 488 Challenge Evo differs most from its three-year-old predecessor, itself a replacement for the track-only 458 Challenge, is its aerodynamics. The front of the car has been completely redesigned with larger intakes, including a u-shaped centre intake that helps cool the vehicle’s carbon-ceramic brakes, along with a new splitter and canards. The changes give the car a more intimidating look but also improve its aerodynamic efficiency by 30 per cent, according to the company.

Ferrari didn’t spend all its time and effort fine-tuning the vehicle’s front fascia. In back, a new bumper features vents behind the wheel arches and engine bay to further increase cooling. With the car’s massive rear wing remains untouched, a new rear diffuser helps increase the vehicle’s downforce by 50-per cent.

But the 488 Challenge Evo’s upgrades aren’t limited just to what you can see. The car’s electronic differential, anti-lock brakes, and traction control system have all been upgraded. In addition to the previously mentioned carbon-ceramic brakes, the car has also been outfitted with new Pirelli racing slicks. And inside the vehicle, there’s a more comfortable steering wheel with an integrated paddle shift and a new rearview camera.

Inside the Ferrari 488 Challenge Evo Ferrari

The 488 Challenge Evo starts at US$370,050 (an estimated A$536,000), which isn’t that bad when one considers the cost of a street-legal Ferrari. There is some good news for owners of the car’s predecessor, though. Ferrari has announced that all the updates will be available as a single US$49,000 (A$71,000) upgrade kit.

Check out more pics of the 488 Challenge Evo below:

Ferrari
ADVERTISE WITH US