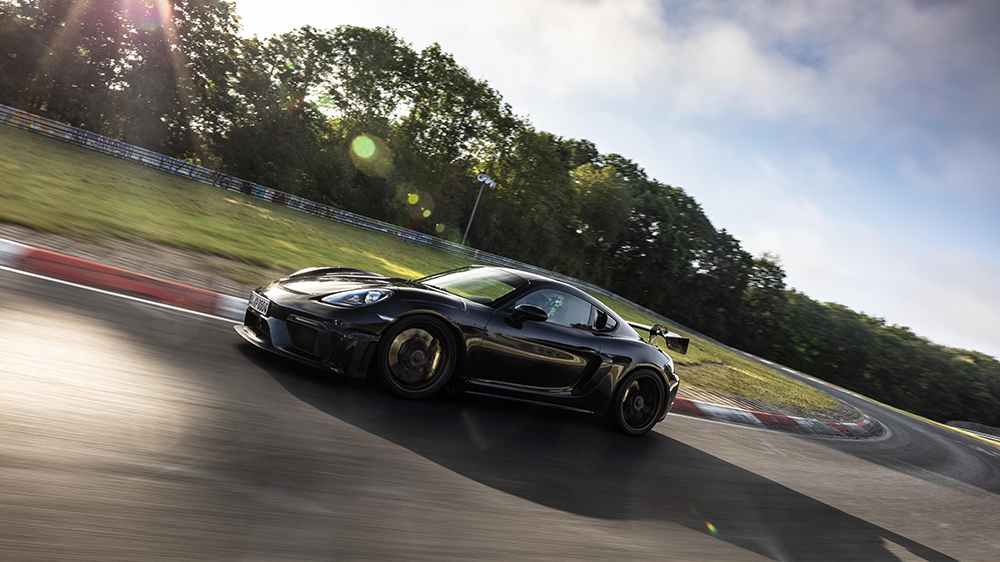 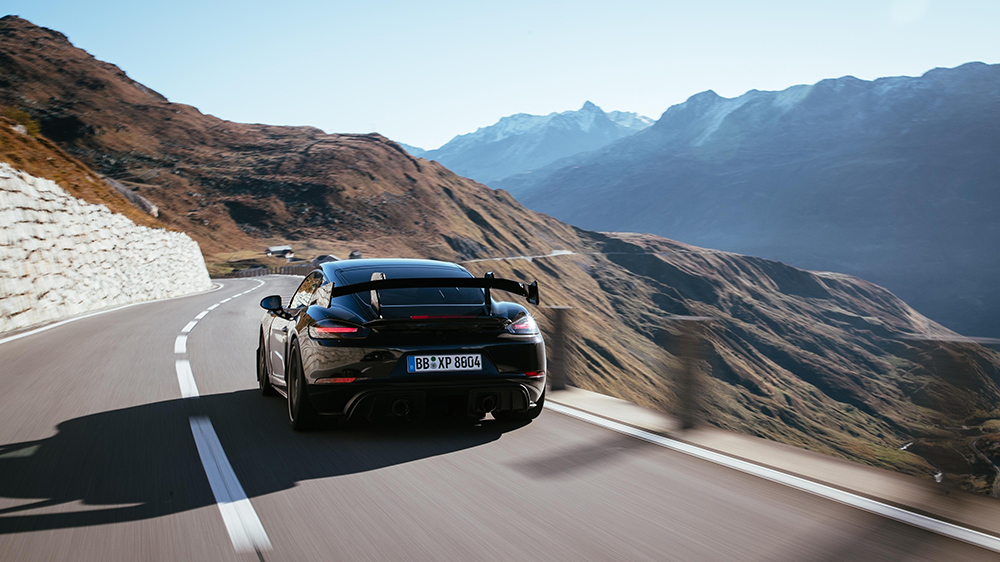 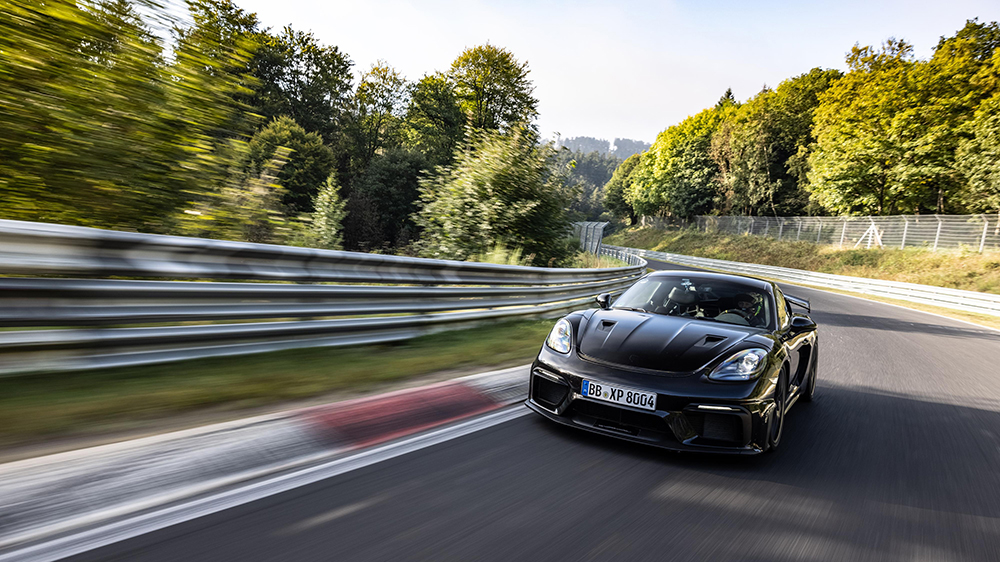 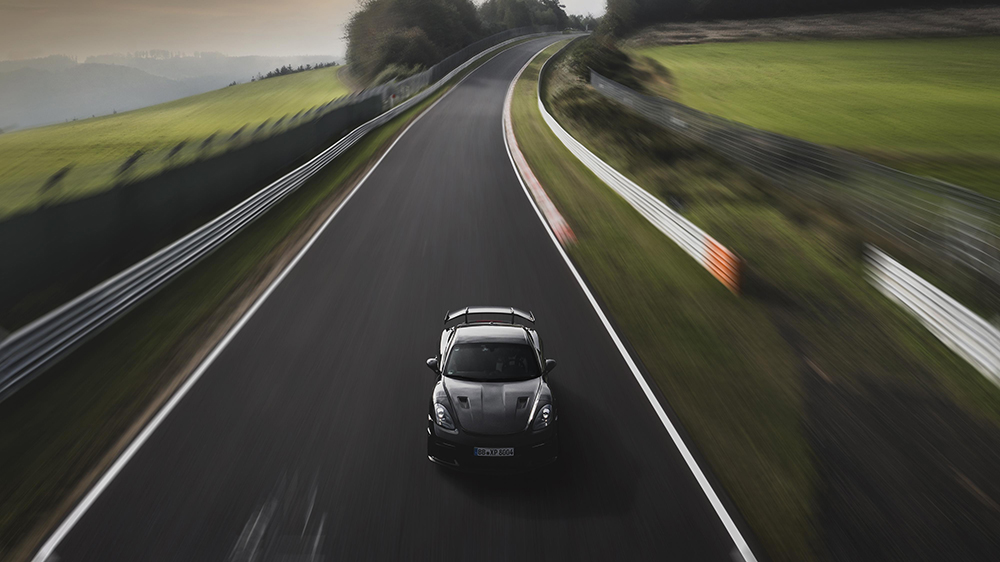 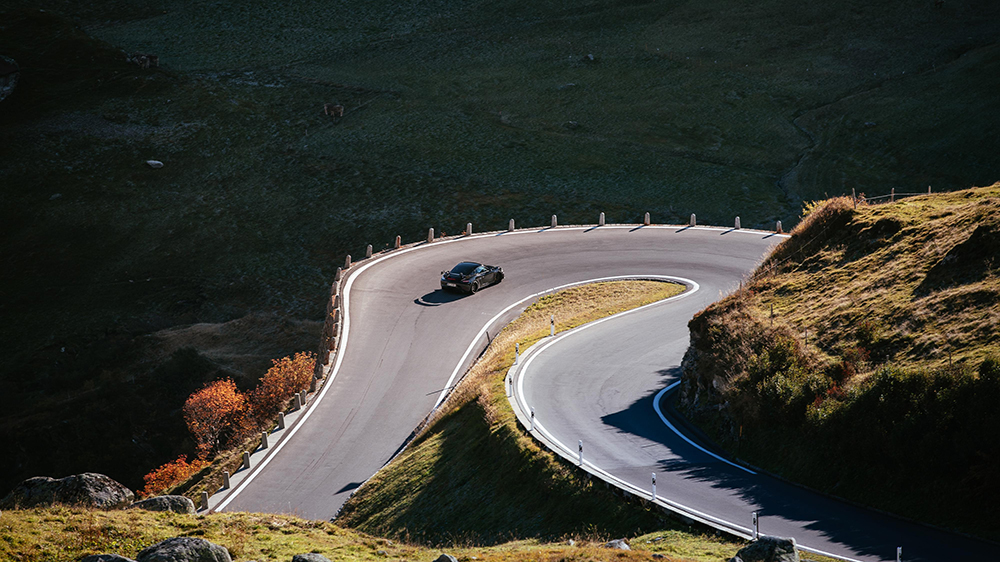 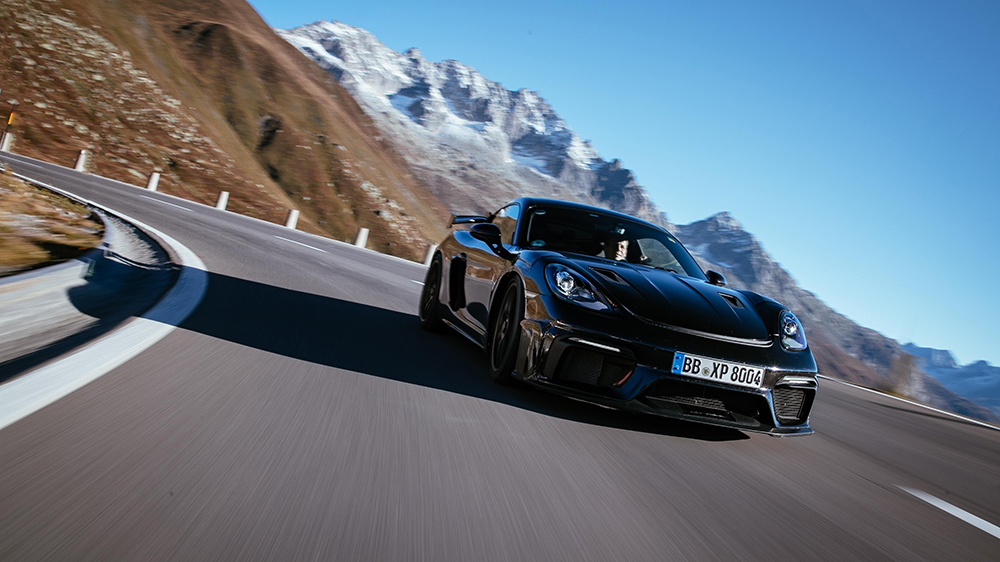 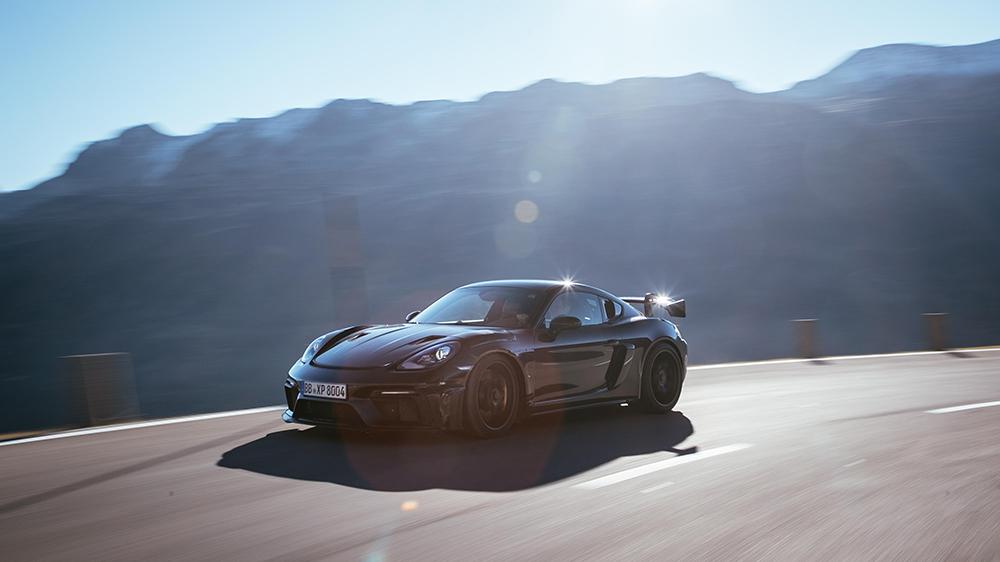 The top-of-the-line performance variant will make its full debut next month.

The new Porsche 718 Cayman GT4 RS isn’t scheduled to make its official debut until next month, but the marque apparently couldn’t wait to show it off.

The luxury brand released the first official images of the range-topping variant on Wednesday. That wasn’t all the company had to share, though: It also offered up a glimpse of what the mid-engine sports car’s upgraded powertrain can do.

That peek came courtesy of a video that features the production Cayman GT4 RS ripping around the Nürburgring-Nordschleife. “Ripping” is really the only way to describe the way the vehicle—which was piloted by brand ambassador and development driver Jörg Bergmeister—screamed around the winding the 20.7 km course. Its lap time: a jaw-dropping 7:09.3. It also completed the slightly smaller 20.7 km lap in 7:04.5, a full 23.6 seconds faster than the “standard” Cayman GT4, highlighting just how much of an upgrade the variant is.

We still don’t know what kind of engine is powering the new car, but the lap times suggest the rumours that it will generate up to 372kW are either on the money or not far off. The Cayman GT4’s 4.0-litre naturally aspirated flat-six—which is mated, thankfully, to a six-speed manual transmission—already churns out 308kW and 419Nm of torque. But don’t worry, despite the appreciable increase in oomph, the car will still be street legal.

The Cayman GT4 is already one of the better-looking sports cars on the market, but the car seen in Wednesday’s photos is even more striking. The variant has a beefed-up aerodynamic package that includes an extended front splitter, sculpted hood and a giant rear wing. Combined, those modifications give the car a more athletic look than ever before. The photos also suggest the variant will come with Porsche’s PCCB carbon-ceramic brakes, and that track-friendly Michelin’s Pilot Cup 2R tyres will be available as an option. 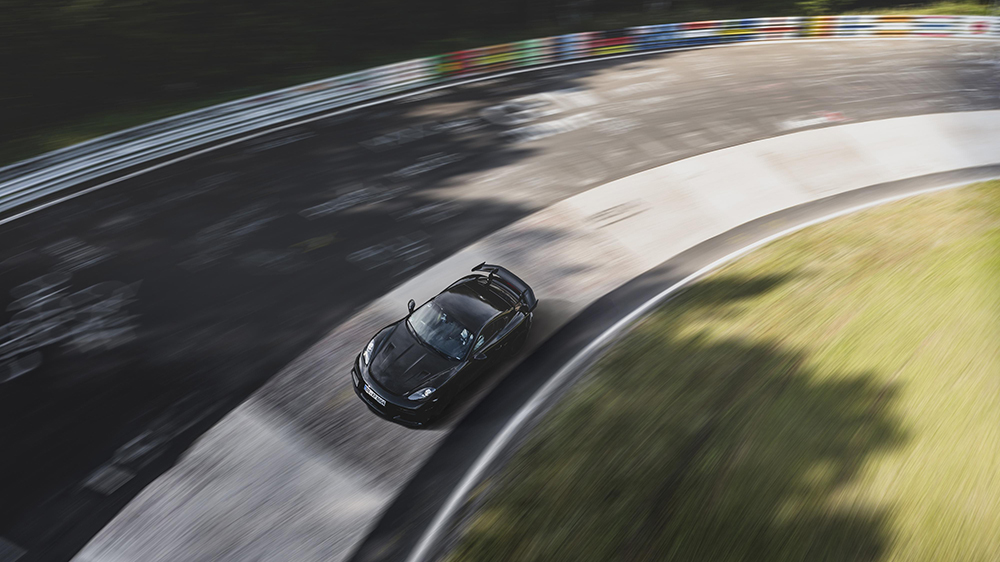 We’ll find out more when the sporty variant makes its bow next month. Porsche has yet to announce pricing for the gorgeous speed machine, but we expect it’ll be a fair bit more expensive than the Cayman GT4’s $210,000 starting price. If you like to go fast, though, it sounds like it could be money well spent.