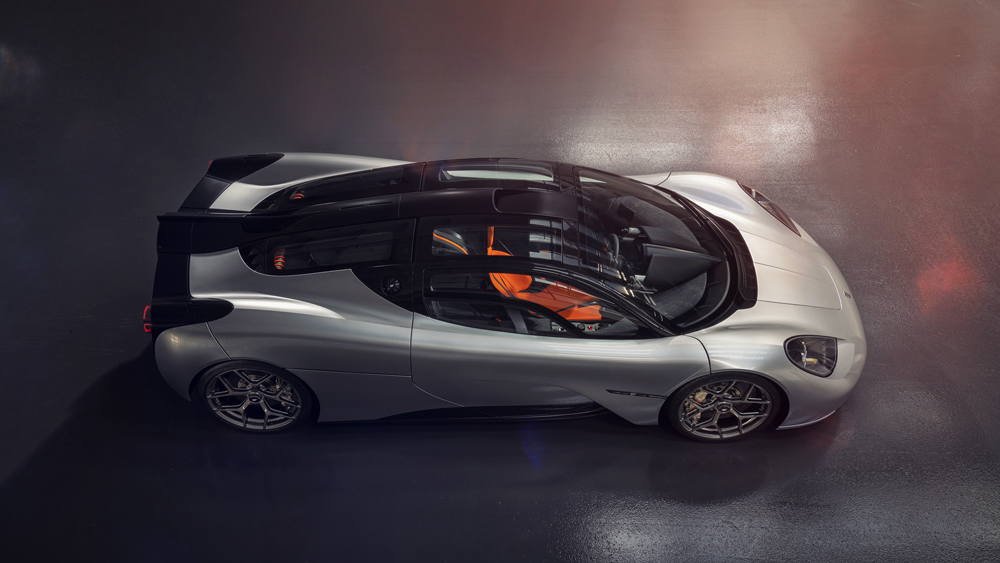 Production of the design legend’s latest hypercar is scheduled to begin in January.

The design legend’s new vehicle, the T.50, made its public debut at the 78th Goodwood Members’ Meeting over the weekend. Following two years of tantalising teases, the silver speed machine didn’t just look the part of a next-generation hypercar, it sounded it too.

Former racecar driver Dario Franchitti piloted the T.50 was piloted around the 3.81km Goodwood Circuit. The track legend, who plans to buy one of the supercars for himself, took it for three full turns around the course, showing just some of what the vehicle can do thanks to rain-slick track conditions. Despite this, you can really hear the scream of its powertrain in a video uploaded to the official Goodwood YouTube channel.

“What a sound,” one of the commentators exclaims early in the clip. “Halloween is approaching and that sounds like the sort of banshee wail that would scare the children.”

That “banshee wail” comes courtesy of what may be the T.50’s most impressive feature: its 12-cylinder Cosworth-sourced heart. With even supercar specialists embracing electrification and hybridization, a naturally aspirated 3.9-litre V-12 is a bit of an oddity in 2021. It’s also a true powerhouse. Mated to a six-speed manual gearbox, the T.50 engine will churn out 481kW  and 466Nm of torque and have a redline of 12,100 rpm. The marque has so far declined to release performance estimates for the vehicle, but Murray himself told Robb Report last summer that it would be “blindingly quick.”

Aside from its head-turning powertrain, the T.50 has a curvaceous design that bears more than a passing resemblance to the designer’s most famous supercar, the McLaren F1 (both vehicles also have gullwing doors). There’s also a prominent 16-inch fan jutting out the rear that isn’t just there for decoration but helps cool the engine and improves aerodynamics. Combine all of this with a curb weight of 986kgs and the T.50 has the potential to be a rocket on wheels.

We’ll get to find out soon enough. Gordon Murray Automotive plans to start building the T.50 in January, with deliveries scheduled for later in 2022. The marque has said it will build 100 examples of the $4 million hypercar. Production of a $4.5-million track-only version, the T.50s Niki Lauda, will commence in January 2023.

We can’t wait to hear how loud that variant is