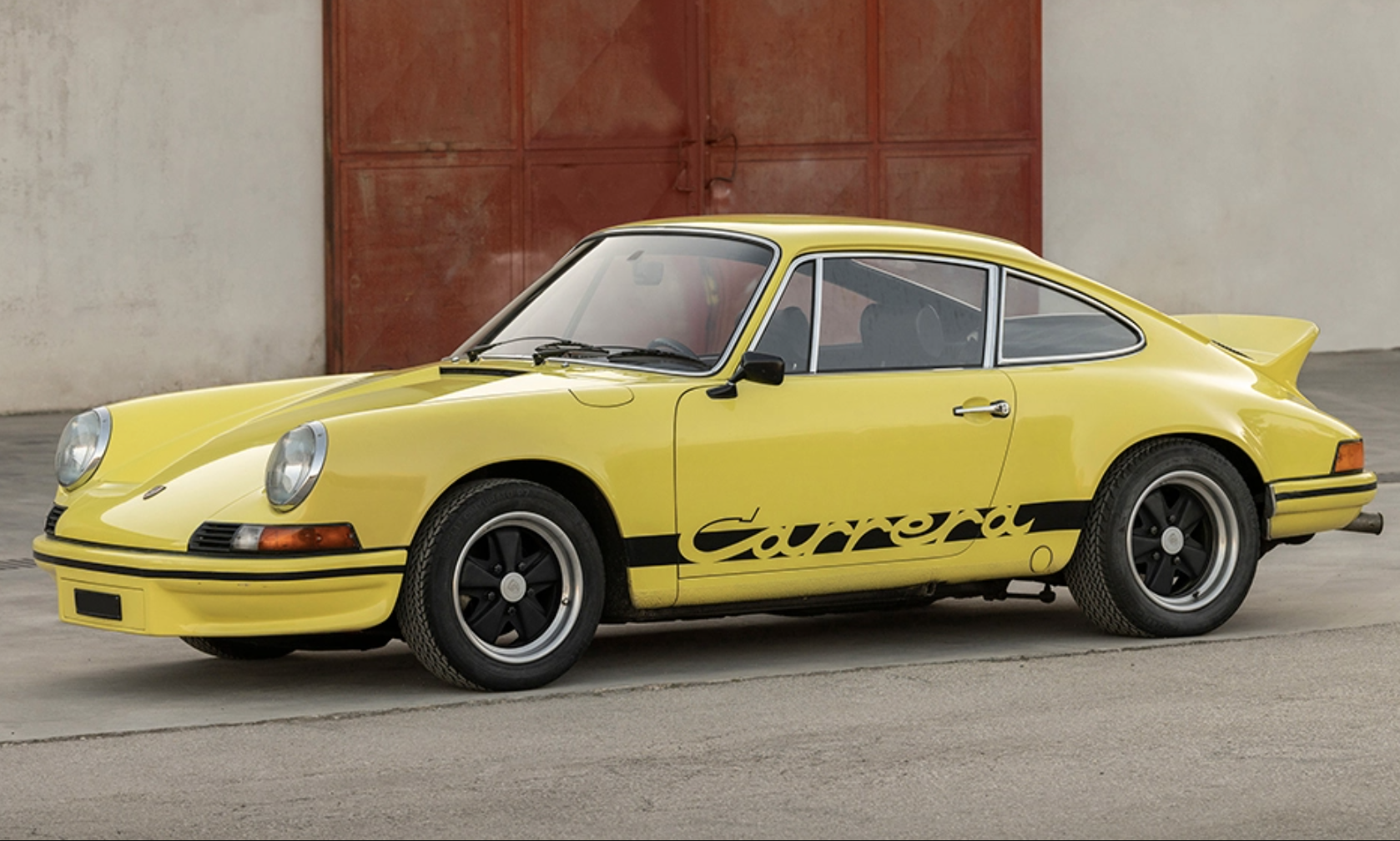 There are only 200 of these models in the world. This one could be yours.

Classic-car enthusiasts, alert your accountants: An extremely rare 1973 Porsche 911 Carrera RS 2.7 Lightweight is about to go on sale for the first time since it was originally acquired.

The yellow-and-black sports car was one of just 200 Lightweight versions made that year, and the RS 2.7 was the first 911 to feature both the “Carrera” and “RS” designations. RM Sotheby’s is putting the vehicle up for auction on May 14 in Monaco, where it’s expected to hammer down for $1.2 million to $1.97 million.

The RS 2.7 comes equipped with a 2.7-litre flat-six engine, Bosch fuel injection and low-friction Nikasil cylinder coatings, contributing to its 156kW and 255Nm of torque. On the exterior, you’ll see wider wings, a redesigned front bumper, and a ducktail—the first factory spoiler attached to the rear end of a 911. 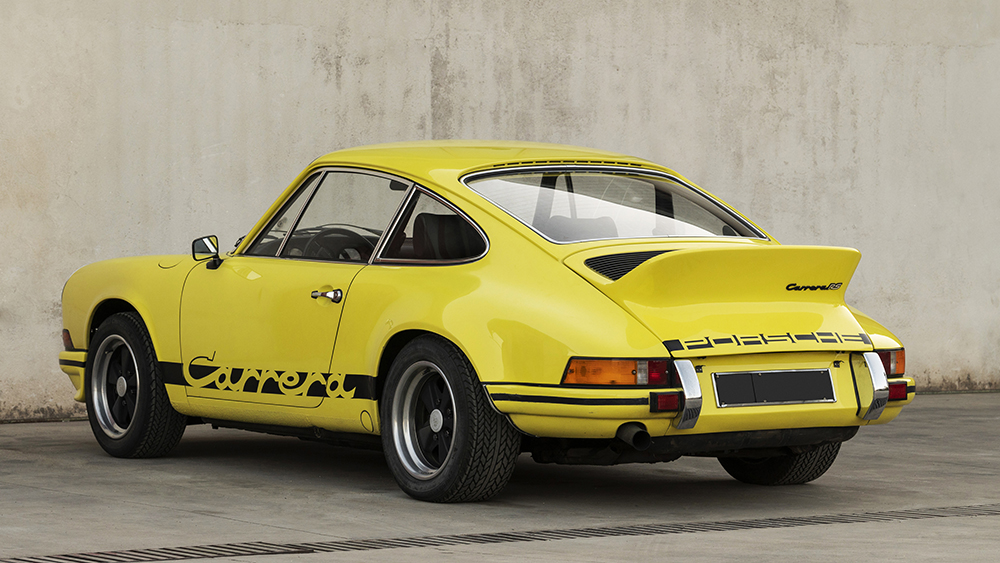 The 1973 Carrera RS 2.7 Lightweight features one of the first Porsche ducktails on a 911. Paolo Carlini ©2022 Courtesy of RM Sotheby’s

To live up to the Lightweight name, this model used thinner steel for the body, thinner glass for the windows, lighter fibreglass bumpers and racing seats. A less hefty version of the Porsche crest was even created for the front of the RS 2.7. And rather than downsizing certain features, some were taken out altogether, including the sun visors, radio and rear seats, among other interior fittings.

The anonymous current—and only—owner of the RS 2.7 was enamoured by the sports car when it was first released but had a difficult time finding one in Italy, where they lived. So, they travelled to Germany especially to buy the vehicle, and haven’t given it up until now.

The Porsche is up for auction with its original light-yellow exterior over a black interior, although the owner did personalize the car a bit over the years. Their changes include a black finish on the exterior mirror and an M472 lock on the rear engine lid.

Straddling the line between a race car and road car, the RS 2.7 also features matching-numbers chassis, engine and transmission. If you’ve ever wanted to own a piece of Porsche history—and a relatively well preserved one at that—this is a good opportunity to buy in.