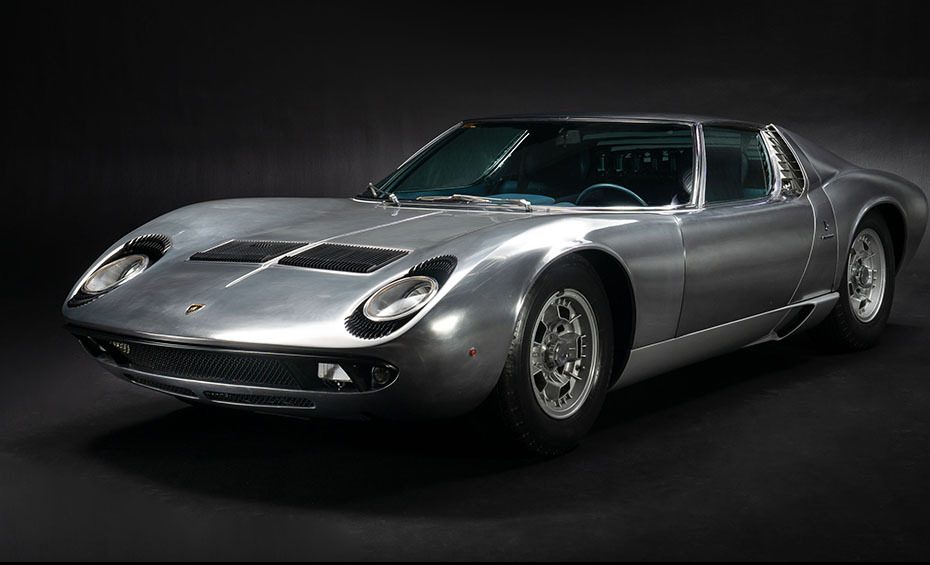 This ’71 Lamborghini Miura Could Be Yours

The bare metal bullet is a unique take on one of the most influential supercars of all time.

Few things spotlight a Raging Bull’s sculptural form quite as well as bare metal. Case in point: this 1971 Lamborghini Miura, which eschews paint and livery in favour of a gleaming aluminium exterior that’s unequivocally striking.

The steely classic, which is poised to attract a few million at RM Sotheby’s upcoming August auction, represents one of about 50 late Series II S models. With sleek bodywork by Bertone, the special edition P400 S was treated to a spate of aesthetic and performance upgrades to make it even more remarkable than the original Miura.

Built to US spec, this particular example, chassis 4761, was first delivered to a 19-year-old Iranian student attending the University of California, Berkeley. The well-heeled teen had the supercar a few years before it was laid up after an accident. It then stayed dormant for nearly half a century in a warehouse in the California Bay Area. 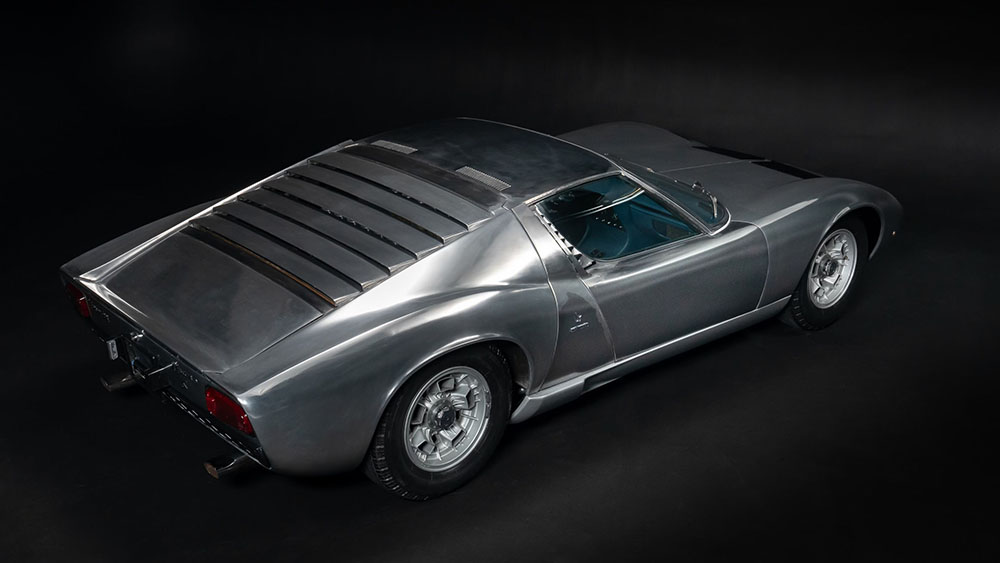 In 2019, the current owner, who happens to be a Lambo Lover, acquired the ‘70s time capsule and enlisted a team of experts to restore it with no expense spared. Beckman Metal Works spent eight painstaking months repairing the car’s damaged nose using decades-old parts sourced from the Lamborghini factory while Morgan Images stripped back the grey-white paint to bare aluminium.

As for the mechanics, Lamborghini Miura specialist Jeff Stephan repaired or replaced various parts as needed to get the silver coupe into fighting shape. Under the hood, it packs a V-12 mated to a five-speed manual transmission and is capable of producing 15 more kilowatts than the original 261kW Miura from ‘66. 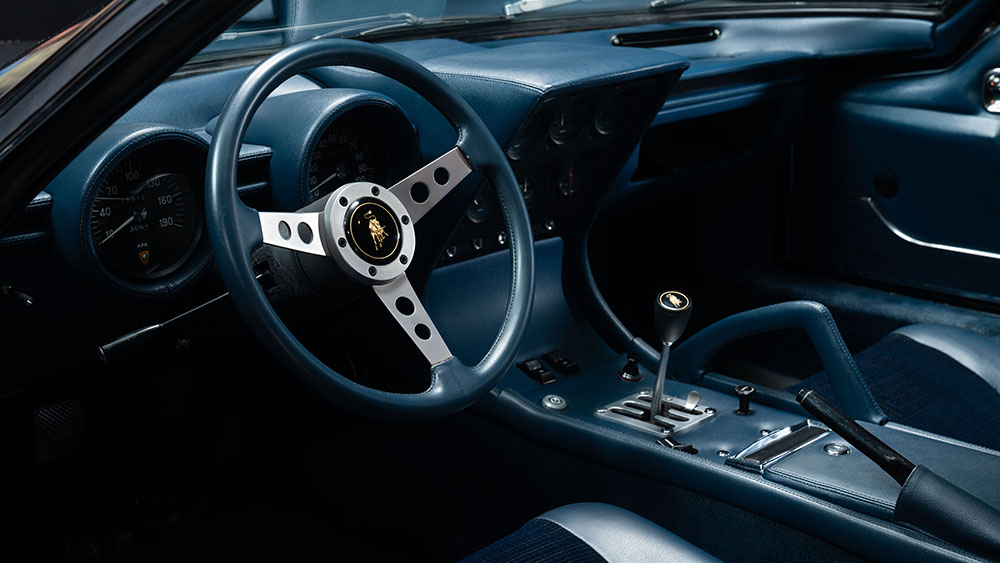 The vintage beauty still sports its original blue interior and a set of Pirelli GR70VR15 Cinturato CN73 tires. Furthermore, it has just 16,000 miles on the ticker and is presented in pristine condition.

Definitely one for deep-pocketed collectors, the rarified ride will be offered without reserve at the Monterey auction on August 14 and is expected to fetch between $2.4 million and $3 million. That’s not bad considering this silver bullet irrefutably shaped the supercars of the present day with its remarkable power, performance and panache.