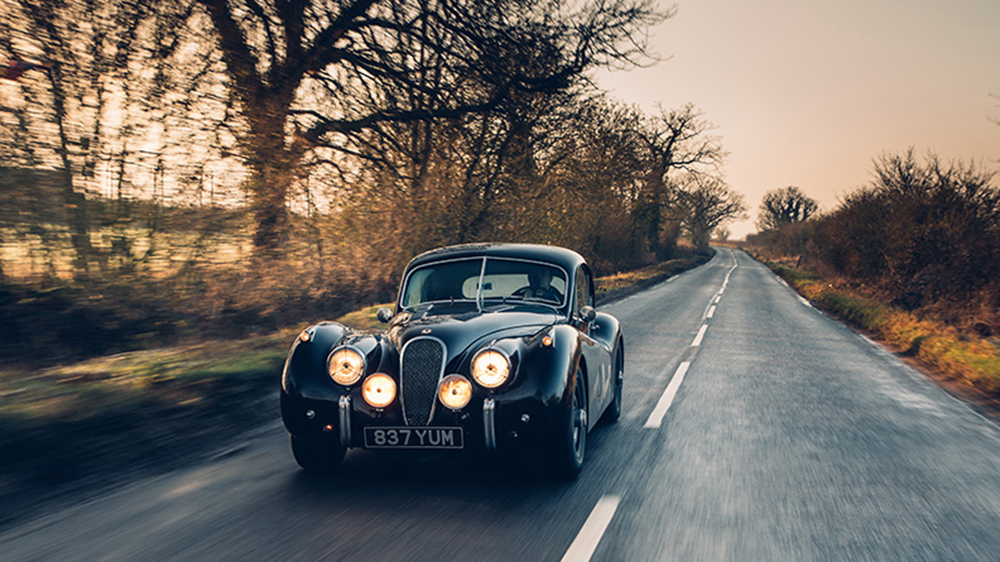 The company swaps out the car’s original combustion engine and swaps it out for an electric motor and battery pack.

Based out of Northamptonshire, the British startup is taking restomods to new, eco-friendly heights, according to Car and Driver. The British company outfits classic cars with fully electric drive trains, and a load of other modern conveniences, to make sure they’re ready for 2019 and beyond—without sacrificing their gorgeous, vintage designs.

With more of a focus than ever before on the environment and sustainability, converting old cars to electric powertrains is nothing new, but Lunaz specializes in restoring rare, high-end vehicles. Don’t expect to see vintage VW Beetles or Mini Coopers; rather the company is modernizing the crème de la crème of automotive history, including the 1953 Jaguar XK120 (seen above) and an eight-seat 1961 Rolls-Royce Phantom V.

“Our aim is to give new life to a series of iconic classic vehicles by converting them to electric,” the company writes on its website. “We intend to source a limited number of such vehicles, some that are no longer functional and create beautiful, clean and useable electric classic cars.”

Lunaz takes traditional internal-combustion engines and replaces them with an entirely new electric drivetrain, consisting of an electric motor and battery pack, which are designed to fit the classic model. While the exact tech and specs vary depending on the car, the XK120 was reportedly equipped with two 140kW motors and an 80.0-kWh battery pack. In addition to a 400km range, the new all-electric powertrain produces 280kW horsepower and 380Nm of torque, both significantly more than the original offer.

Other advancements include regenerative braking, a limited-slip differential, speed-related variable assistance and an upgraded transmission system. Away from the engine, the car has been outfitted with a cutting-edge infotainment system, navigational aids, WiFi and satellite telecommunications.

But what might be most unique about Lunaz’s approach to restoring its classics is its fundamental flexibility. The company has come up with a system that will work on just about any car. Of course, the tradeoff is that these restorations come at a very steep price. The XK120 and Phantom V are expected to cost about A$630,000 each.