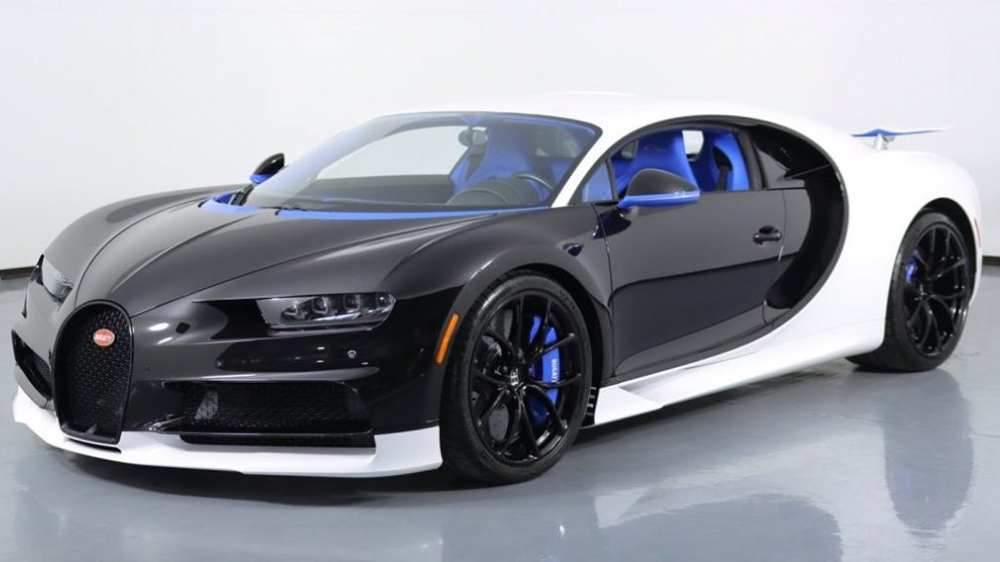 This Anniversary-Edition Bugatti Chiron Can Be Yours

What’s better than a Bugatti Chiron? A special-edition Chiron, of course.

H Greg Lux, Florida-based luxury car dealer, has listed for sale a special, limited-edition 2019 Chiron designed to celebrate the marque’s 110th anniversary—and it’s among the more standout models we’ve seen. That’s due, in no small part, to its two-tone carbon-fibre body: black in the front, white in the back, and accented in what can only be described as Smurf Blue. The vibrant colour pops throughout the exterior, from the badging and cowl panel to the brake callipers and retractable wing. And it doesn’t stop there: Inside, the electric blue hue transforms into the principal design element, covering the seats, steering wheel, glove boxes and centre console. 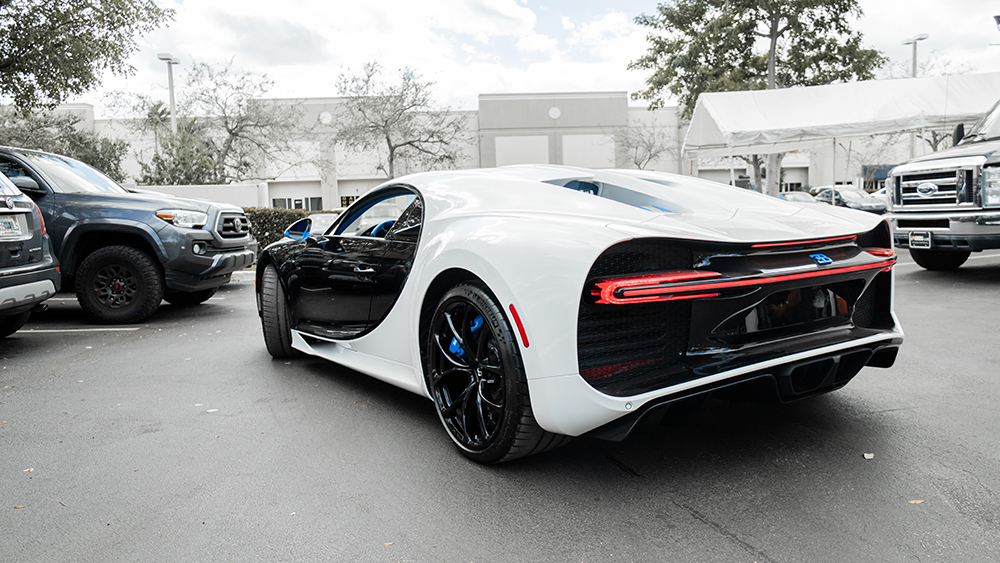 The model is nothing if not striking, but why all that blue? The answer lies in Bugatti’s history. Between 1900 and 1905, it was decided that participating nations in the Gordon Bennett Cup would need to paint their cars specific colours to make them more distinguishable. The practice eventually became a point of national pride for racers. After launching in 1909, Bugatti opted for “French racing blue.” The special-edition design pays tribute to those origins.

Of course, driving is the thing when it comes to a Chiron, and the anniversary edition shouldn’t disappoint in that department. It’s powered by the marque’s 8.0-litre quad-turbocharged W16 engine, which delivers a bonkers 1118KW and 1600Nm of torque. Outfitted with a 7-speed dual-clutch automatic transmission, the car can rocket from zero to 97km/h in 2.3 seconds. And with just 334 miles (537km) on the odometer, it’s fair to say this beast has yet to be pushed to its limits.

As you might expect, a limited-edition Chiron like this doesn’t come cheap: You’ll need to splash out $5.9 million to make the anniversary model your own. An official listing is unavailable, but the dealer encourages prospective buyers to reach out.