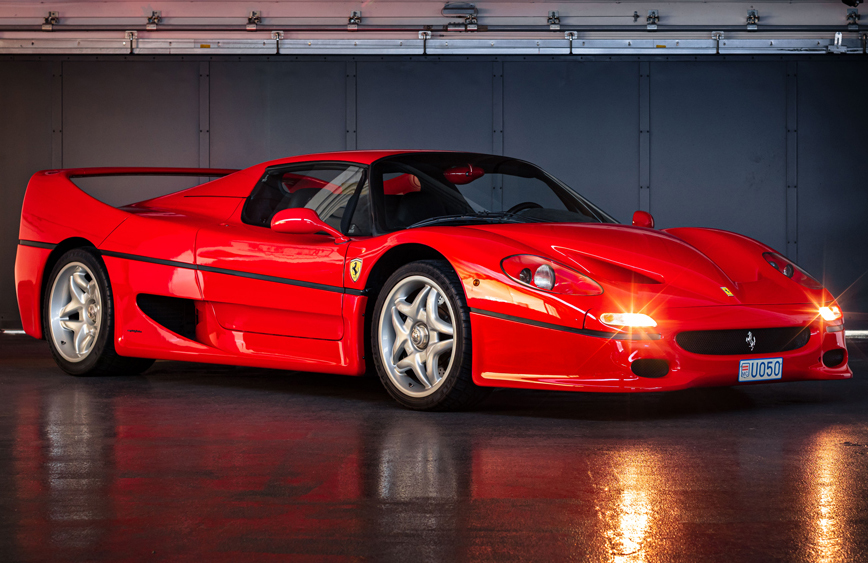 One of Ferrari’s first contemporary supercars was the 288 GTO, a homologation special made from 1984 to 1987. It was followed by the F40 in 1987, which became the nemesis of Porsche’s 959 and a car whose price was driven into the stratosphere by speculators, despite the relatively plentiful quantity produced. Unlike the F40, a model with 1,315 examples made through 1992, only 375 examples of its successor, the F50, were constructed between 1995 and 1997, which makes the latter a very special car.

When new, the F50 was available for $648,000, but only to approved customers who had to go through a factory-leasing program. The restrictive measures were an effort to eliminate flippers and mere investors from upsetting the market, as had been done with the F40. Like its two predecessors, the F50 was a car for real Ferraristi, one intended to be competitive on the track. Racing has always been Ferrari’s raison d’être, and the F50 forged a link between its Formula 1 efforts and the GT cars for which the Maranello firm is famous. Unlike the 288 GTO and the F40, the F50 is configured as an open car with a detachable hardtop-roof panel, although it’s generally agreed that the topless profile has the most appeal. 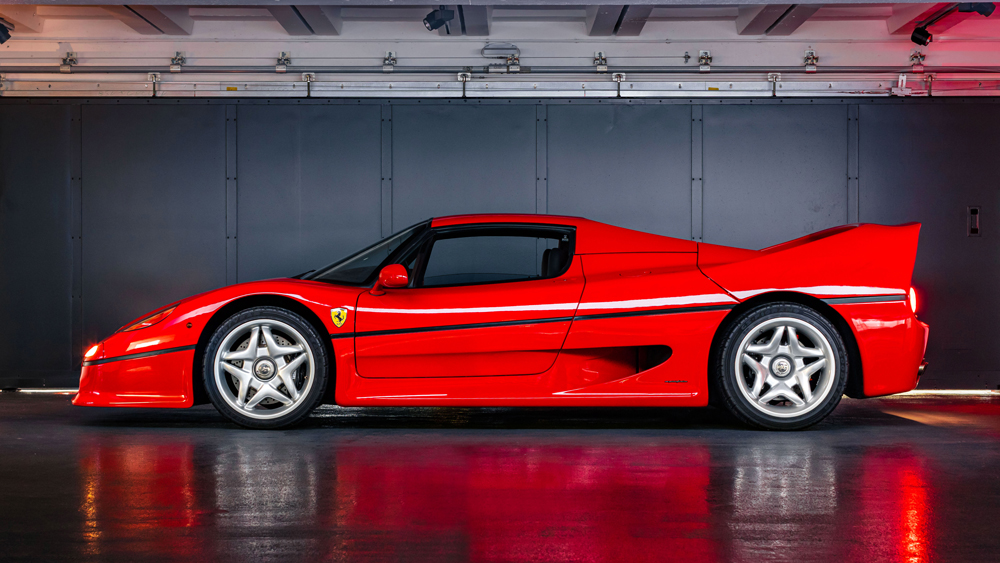 And then there’s the engine. Its rear-mid-mounted heart is a 4.7-litre, 60-valve V-12 that makes 382kW at 8000 rpm, and generates 470Nm of torque at 6,500 rpm. All of that is delivered to the rear wheels via a six-speed manual gearbox. With a top speed of 320km/h and the ability to cover zero to 97km/h in 3.7 seconds, the model entered true supercar territory. Other than the 1133kg  McLaren F1, the Ferrari F50—at just 1230kg —was lighter than its competitors from Lamborghini, Bugatti and Jaguar at the time. 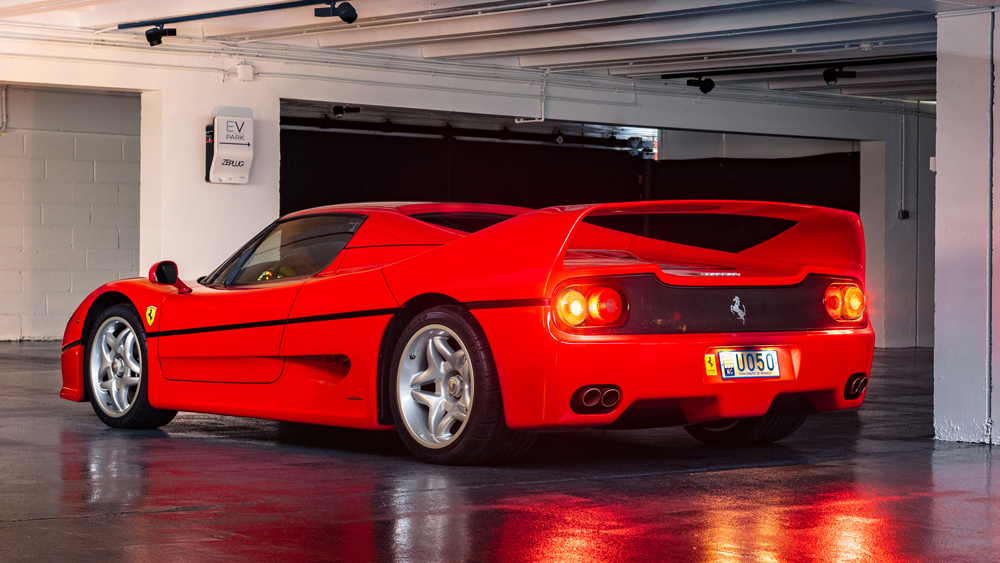 Only 375 examples of the F50 were built between 1995 and 1997. Photo by Kevin Van Campenhout, courtesy of Artcurial Motorcars.

Ultimately, the numbers are academic, since today’s supercars eclipse every specification of the F50 apart from weight. As sometimes happens, the F50 became largely ignored as newer, shinier successors like the Enzo and LaFerrari came on the scene. But more recently, the F50 has become an almost religious relic among the Ferrari faithful. It has assumed this iconic status based on inimitable looks, and the fact that it is one of the last true “analog” V-12-powered supercars—a machine closer in spirit to a Ferrari F1 race car than any road-going model.d 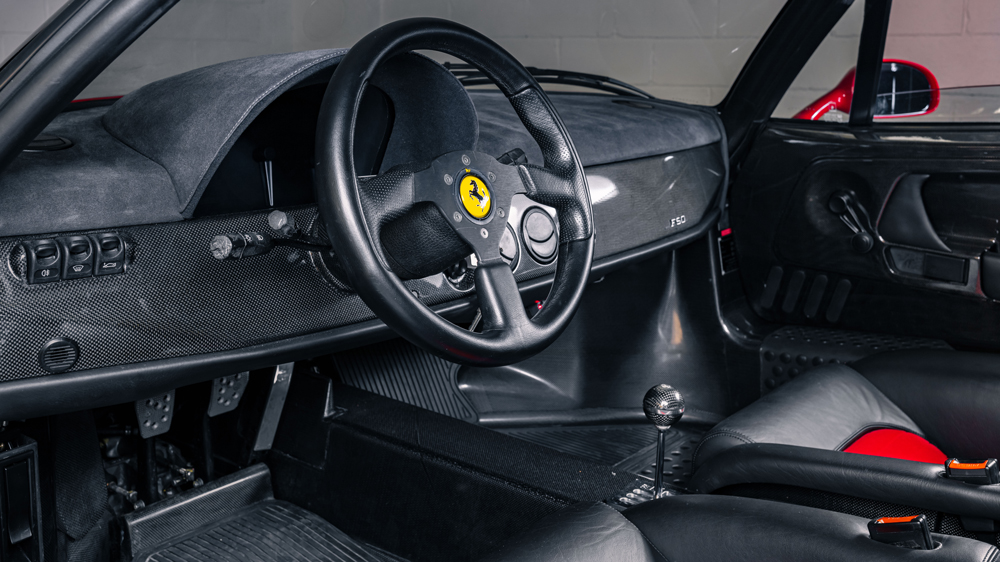 The pristine condition of the interior reflects the car’s careful stewardship and the fact that it has only been driven about 817 miles. Photo by Kevin Van Campenhout, courtesy of Artcurial Motorcars.

This particular Ferrari F50 was delivered new, in 1996, to Étienne Léandri, a defence lawyer and perspicacious Ferrari collector from Monaco. It has covered only 1,318 kilometres in 26 years. A total of eight cars from Léandri’s estate will be auctioned by Artcurial Motorcars at the Rétromobile Salon in Paris on March 18. Surely a highlight of the auction is his quartet of Ferrari supercars, which includes an F40, F50, Enzo and LaFerrari, all ordered new by the lifelong Ferrari enthusiast who went on to use them sparingly but maintained each in pristine condition. 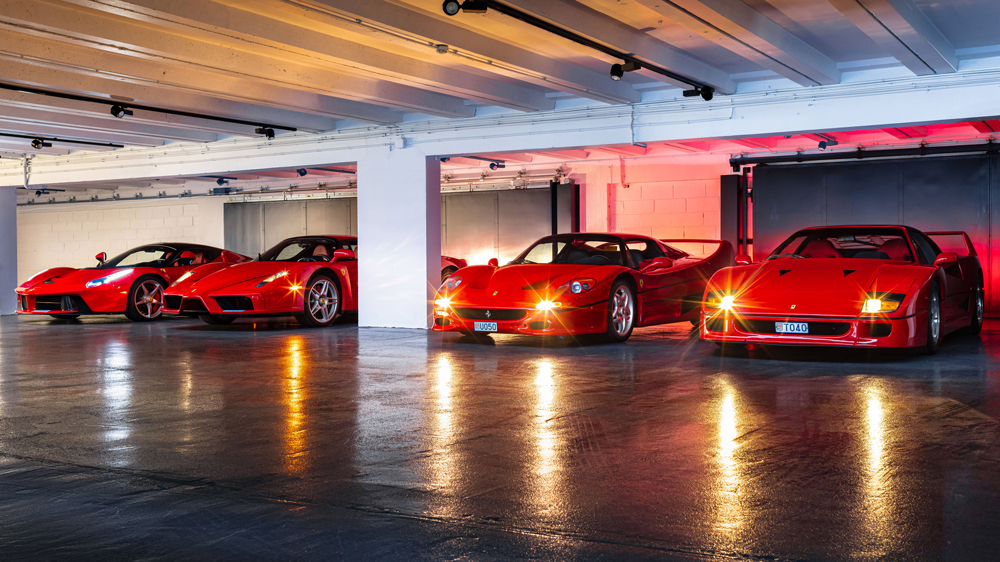 In 1989, Léandri acquired his F40 liveried in Ferrari’s traditional Rosso Corsa, which became the colour choice for his three subsequent Prancing Horse purchases also now on offer. Matthieu Lamoure, managing director at Artcurial Motorcars, acknowledges this singular sale, remarking, “To find four of the ‘Big Five’ Ferrari supercars belonging to the same sole owner, and with such low mileage, is an incredibly rare discovery in 2022. It sparks that feeling of excitement we’ve all had since we were kids.” With an estimate of roughly $3.9 million to $5.2 million, this F50 is poised to set a sales record for the model at auction.