Mercedes-Benz’s new EQ line may represent the marque’s new push into electrification, but the company’s history with EVs goes back even further than that.

One of the German automaker’s most intriguing attempts at a battery-powered sports car is from the not-so-distant past: For the 2013 model year, Mercedes produced the SLS AMG Electric Drive. The gorgeous coupé is a technological marvel that was well ahead of its time, but is also exceedingly rare: Only nine examples were built while it was in production. Now a striking example of the EV sports car has posted for private sale at RM Sotheby’s. 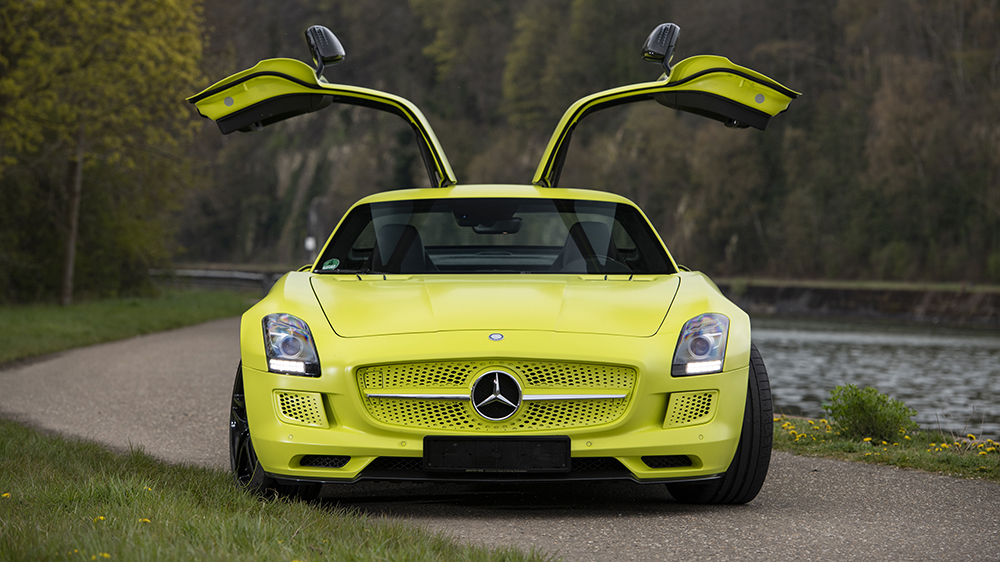 Based on the SLS AMG sports car—the brand’s most recent gull-winged beauty—the Electric Drive made its debut at the 2012 Paris Auto Show. With Tesla still in the nascent stages of development, the coupé was like nothing else on the market, promising the same hair-raising performance as its gas-powered siblings but with zero carbon emissions.

The Electric Drive’s powertrain placed one electric motor on each wheel. Not only does this setup allow for seamless all-wheel-drive performance, but it also produces a still-impressive 560kW and 1000Nm of torque. The car has a top speed of 250-km/h and can sprint from zero to 100km/h in just 3.9 seconds—only 0.3 seconds slower than the SLS AMG Black Series. That’s quite the feat considering that the Electric Drive weighed 550kg more than the gas-powered speed machine. 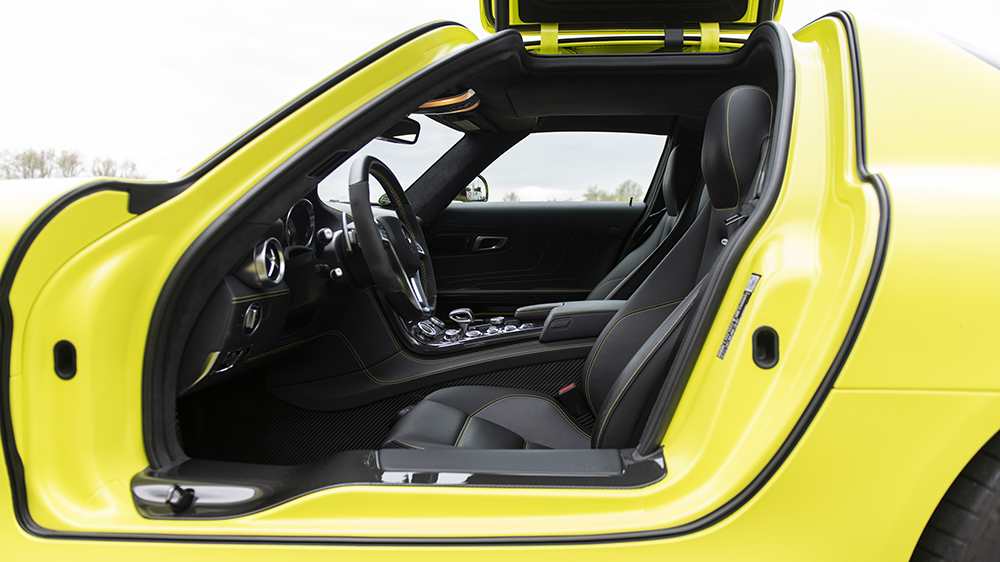 The difference in weight can be attributed mainly to a 60-kWh lithium-ion battery pack, which allows the EV to go 250km on a single charge. That number may pale in comparison to the Tesla Model S or even the Porsche Taycan of today, but it was superlative at the time.

This particular example of the Electric Drive is finished in blinding AMG Green Electric, which looks more like the pigment from a yellow highlighter. Lift up its gull-wing doors and you’ll find a sporty black leather interior with yellow contrast stitching, while the vehicle rides on matching black rims. Despite its age, the electric sports car remains in terrific shape. It’s gone through two owners over the last eight years, totalling just 3,800km. 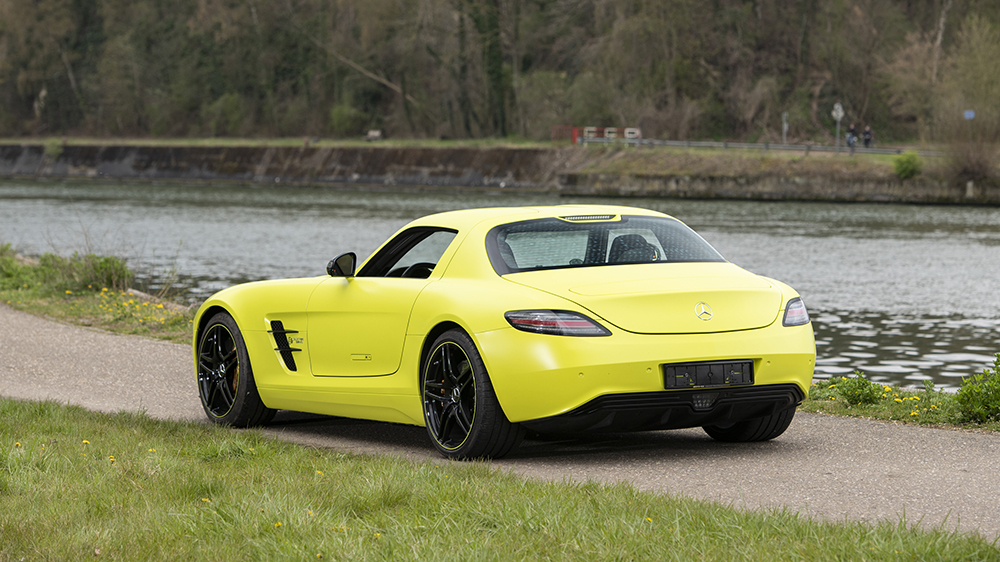 In 2021, amid a full-scale electric revolution in the auto industry, it’s easy to wonder why the SLS AMG Electric Drive never caught on. Mercedes had planned to produce 100 examples but ended up building less than a tenth of that amount. This failure has largely been blamed on its exorbitant price tag (about $650,000) and the scepticism surrounding all-electronic vehicles at the time, according to the auction house.

Still, if you want to get ahold of the car now, prepare to pay even more. RM Sotheby’s has listed the rare EV at around $1.67 million.