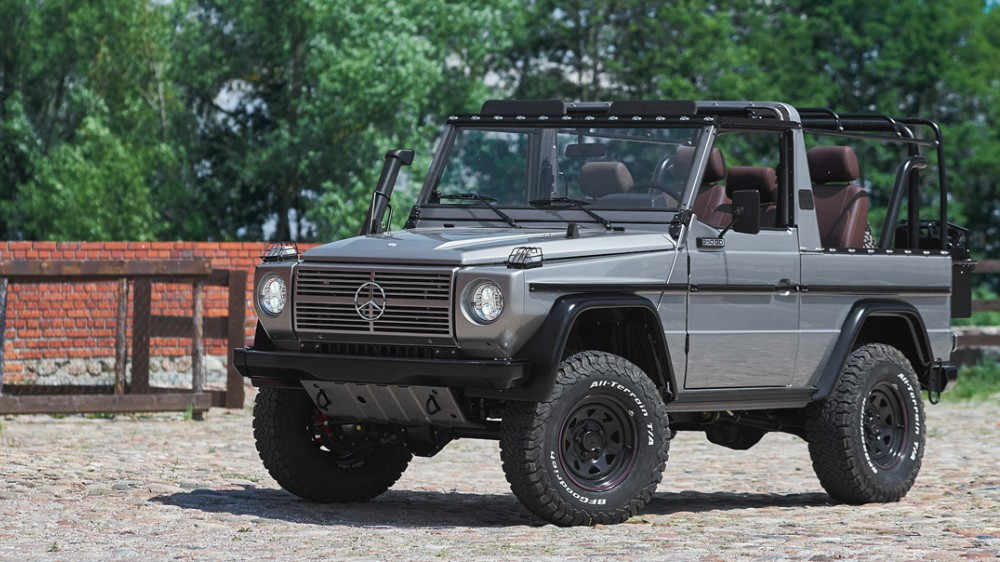 The SUV has won over Mercedes-Benz enthusiasts with its ability to conquer the world’s most inhospitable terrains in style.

One of the world’s most trusted sports utility vehicles, and one of Mercedes-Benz’s most successful models, the G Wagen, turns 40 this year. To celebrate this momentous milestone, custom shop Expedition Motor Company is launching a new series of restorations of the beloved SUV.

Since its introduction in 1979, the G-Wagen—short for Geländewagen, literally “cross country vehicle” in German—has won over Mercedes-Benz enthusiasts with its unparalleled ability to conquer the world’s most inhospitable roads in style. As a way of paying tribute to a vehicle renowned for its iconic boxy shape and high performance, Expedition Motor Company has announced it will produce a limited run of the ex-military 250GD, a two-door, convertible truck nicknamed the “Wolf.”

“The Expedition Motor Company G-Wagen trucks feature military durability and timeless design, but the best part is that these trucks are so versatile,” founder Alex Levin said. “A Wolf can easily tackle the world’s harshest terrain, but looks just as sharp at a vacation home cruising the beach or on an alpine mountain road.”

The first in the series is the “Silver Wolf,” a 1992 Mojave Silver 250GD. The product of over one thousand hours of hand restoration, the truck was completely stripped down before having its frame finished in anti-corrosive coating and painted matte black. Additionally, all-new fuel and brakes were installed, while the axles, brake calipers and suspension were all upgraded. Most striking of all, though, is the work done to its cabrio body. Like the frame, it was completely stripped down before being corrosion-proofed and painted. It also comes with a black soft-top and matching bikini top.

Underneath the utility vehicle’s hood is an ultra-durable OM602 2.5-litre inline-five diesel engine that’s been fully cleaned and rebuilt. Its radiator has also been re-cored, while the 711.7 five-speed manual transmission has been disassembled, cleaned and rebuilt into like-new condition. The SUV has also been outfitted with some new tech, such as a high-efficiency LED light system, and had its military-grade 24-volt electrical system replaced with a consumer-friendly 12-volt system.

Expedition Motor Company’s restored 40th anniversary 250GD G-Wagens start at $90,000 (around $134,000). Though the company specialises in convertible variants of the SUV, it can source hard-tops as well. Check out more photos of the “Silver Wolf” below: