“For something to endure it must be unique and yet so universal anyone can appreciate it,” said Ferdinand “Ferry” Porsche, son of the eponymous German automaker’s founder. Fittingly, if any car embodies that sentiment, it’s the indomitable Porsche 911, first introduced in 1964. And while the 911 line now includes enough variants that a different one could be driven every day for a couple of weeks, the race-inspired 911 GT3 is the purist’s Porsche.

The street-legal version of the marque’s FIA-approved GT3 race car, the 911 GT3 debuted in 1999 and was built on Porsche’s “996” platform (as it was known internally) for nearly a decade. Since inception, it’s never veered from its track-centric focus, which has only been sharpened for next year according to Andreas Preuninger, Porsche’s director of the GT model line, in the video below.

The new GT3 is based on the wider 992 platform, with an exterior of mostly aluminium body panels and an interior reminiscent of its 1970’s-era predecessors (including a more streamlined dashboard). But the latest GT3 will also feature use of carbon-fibre-reinforced plastic (CFRP) for the hood, the rear spoiler and the manually adjustable wing. The redesigned front features new intakes, plus an adjustable diffuser and spoiler. The car’s handling is enhanced by a front axle, developed from that of the 911 RS, said to offer better control in the turns and more accurate and immediate response to driver input. 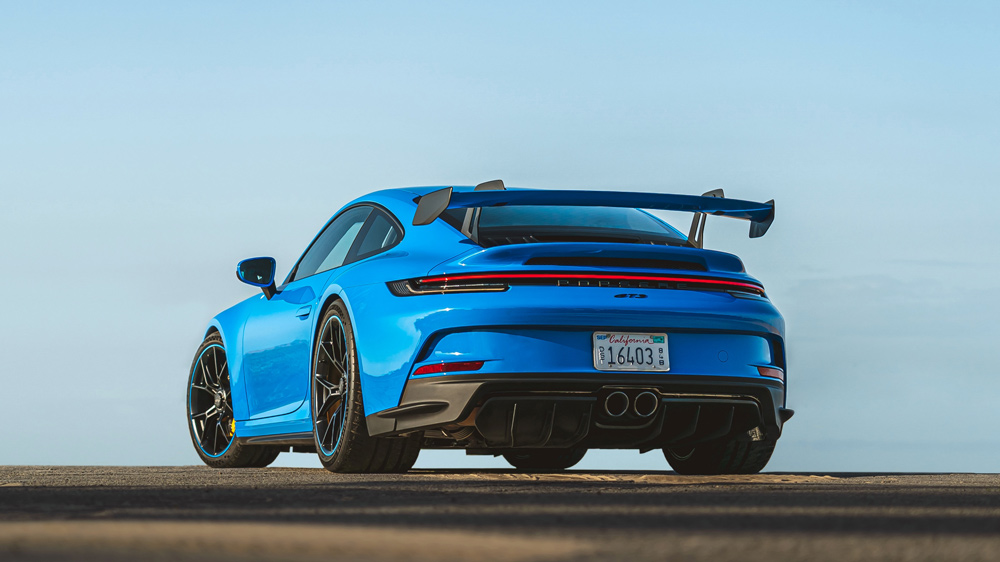 Also standard are cast-iron disc brakes that are 28mm larger than those on last year’s model. (Porsche’s ceramic composite brakes are available as an upgrade.) There’s also the option to dress the wheels, measuring 20 inches at the front and 21 inches in back, with the same road-legal track tires recently worn by the new car when it beat last year’s GT3 by 17 seconds at Nürburgring. 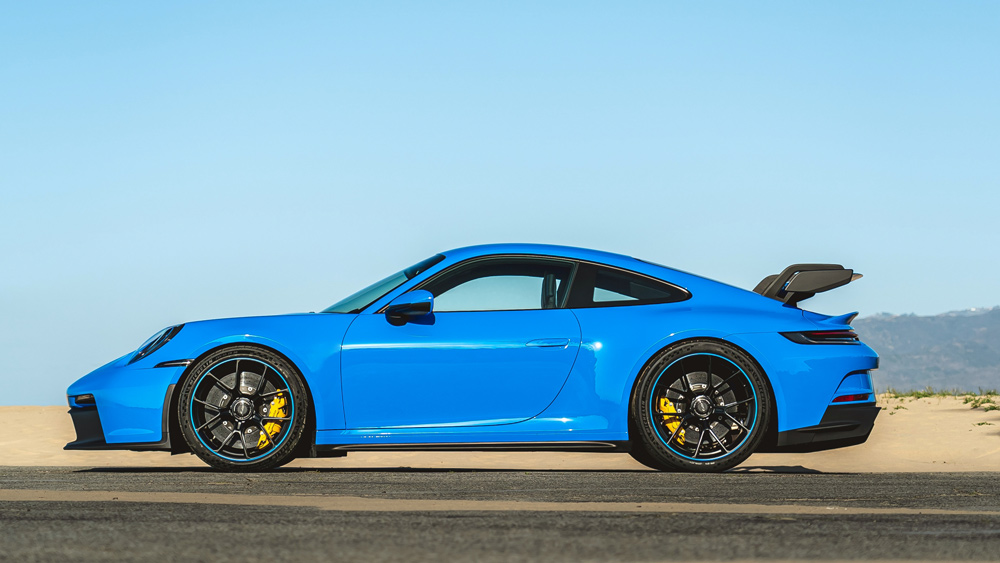 The 2022 Porsche 911 GT3 features a new front axle developed from that of the 911 RS and GT Cup variants. Photo: Courtesy of Porsche AG.

The GT3 remains just below the top of the 911 hierarchy, a position held by the 426kW Turbo, but it’s not intended for the same driver. While the all-wheel-drive Turbo—with, as the name suggests, a twin-turbocharged power plant—represents the most powerful 911 in production, it’s also the most pampering—a fast, comfortable ride for weekend getaways.

The rear-wheel-drive GT3, on the other hand, is for aspiring track stars who couldn’t care less about sound dampening but can’t get enough of the 374kW naturally aspirated six-cylinder boxer engine. For that driver, the six-speed manual transmission (not offered for the Turbo) is more birthright than option. 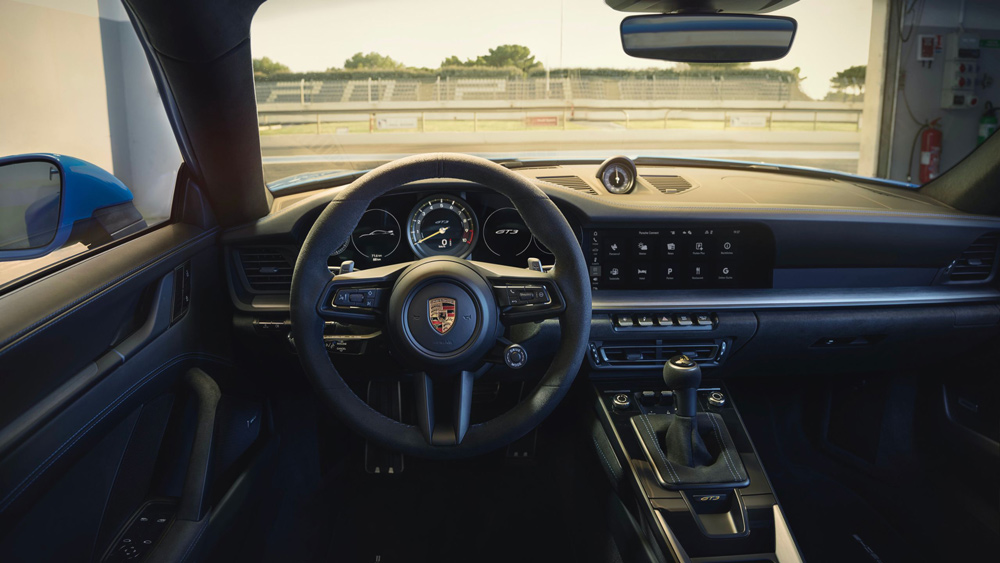 The entire 2022 911 lineup will include the next-gen Porsche Communication Management (PCM) infotainment system with a 10.9-inch touchscreen. Photo: Courtesy of Porsche AG.

This isn’t to say that the GT3 is sparse on interior amenities. As with the entire 2022 911 lineup, it will feature the next-gen Porsche Communication Management (PCM) infotainment setup with a 10.9-inch touchscreen. Among the system’s offerings are Apple CarPlay, the automaker’s initial use of Android Auto and a complimentary trial for subscription services, increased to three years.

Timed to coincide with delivery for the rest of Porsche’s 2022 911 model range,  with pricing yet to be confirmed, the GT3 will reach Australia in the latter half of this year.