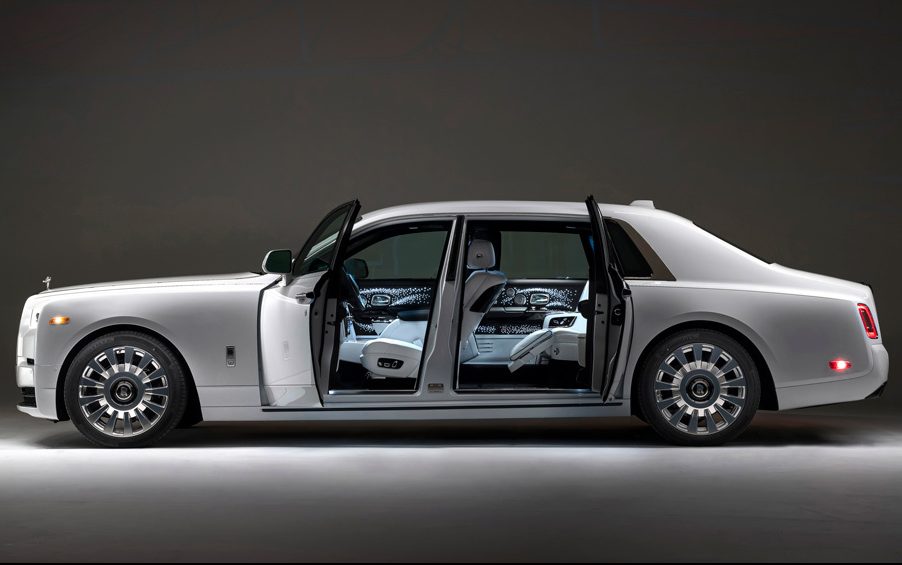 Limited to 20 examples, the model variant recently made its public debut.

Petrolheads are obsessed with time. We fixate on the split-second differences in zero-to-100km/h sprints; we compare our watch’s miniaturised mechanical components to a car’s moving parts, and we covet the like-minded alliances between watchmakers and marques that showcase jewellike clocks in the dashboards of desirable automobiles.

Playing against the usual time-related tropes, however, is Rolls-Royce’s latest limited-edition Phantom, dubbed Tempus. The run of 20 cars flouts temporality by looking back—way back, 1,680 trillion miles from earth, in fact—for a reframed perspective on the age-old theme of time. The story goes like this: Rather than focus on earthly sources of timekeeping, the exclusive model variants look to pulsars, which are spinning neutron stars that emit electromagnetic radiation in remarkably regular pulses. The impulses from these white-hot celestial bodies are so evenly paced that their signals rival the accuracy of atomic clocks; hence, the moniker “Tempus,” which is Latin for “time.” 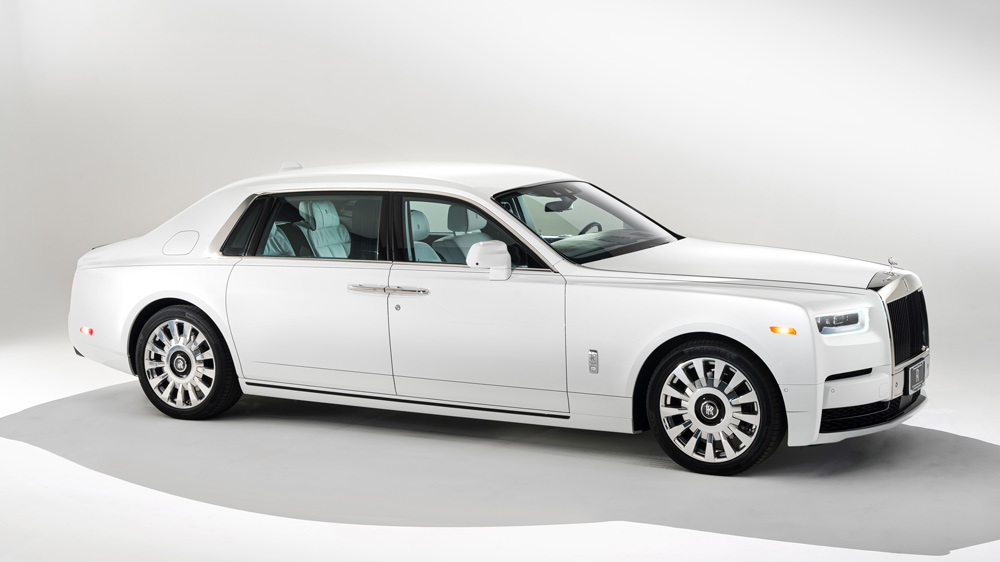 Specifically referencing a pulsar discovered in 1967, the Rolls-Royce model variant tips a hat to the distant star by paying tribute to its 100-million-year period through 100 individually contoured columns within the dashboard’s “Gallery,” the diorama-like space reserved for individualized artistic statements. The single billet of aluminium is black-anodized and hand-polished for a fluid, rhythmic effect that inspires its “Frozen Flow of Time” description. Perhaps more notably, the tiny sculpture replaces the space usually occupied by Rolls-Royce’s analogue clock, removing the time reference altogether in favour of a static visual. It’s the automotive equivalent of ditching a wristwatch when wearing a tuxedo because one shouldn’t be concerned with passing minutes when celebrating a special occasion.

The theme continues in the doors, where hundreds of backlit perforations create the appearance of swirling stars. Up above, some 1,300 fibre-optic pinpoints create a light painting of the pulsar in question, while over 200,000 stitches depict the pulsar and the colourful cosmos surrounding it. Driving the point home is a plaque within the glove compartment engraved with a quote from the relativistic genius, Albert Einstein: “The distinction between past, present and future is only a stubbornly persistent illusion.” 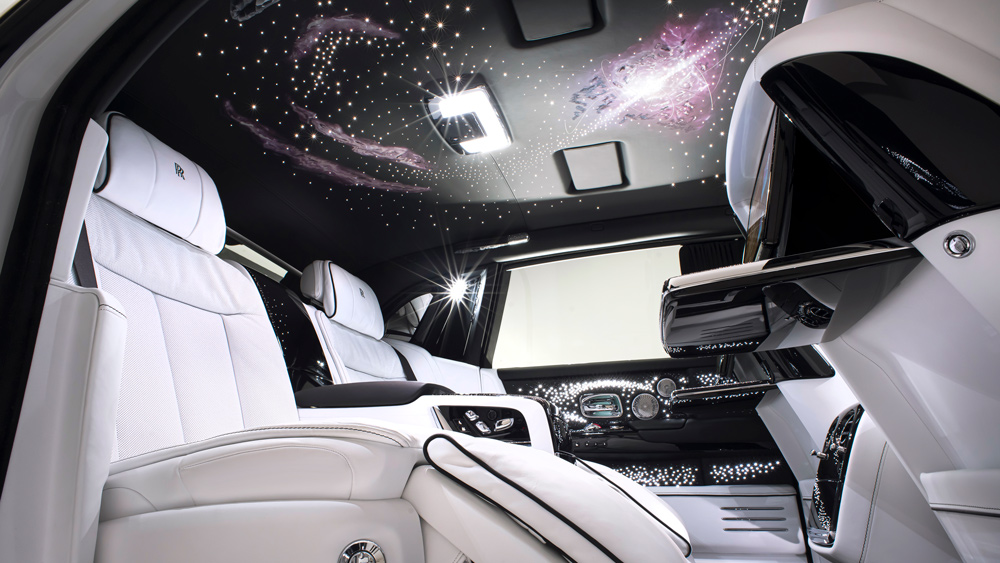 The headliner features some 1,300 fibre-optic pinpoints and 200,000 stitches that depict the pulsar discovered in 1967, and the colourful cosmos surrounding it. Photo: Courtesy of Rolls-Royce Motor Cars Limited.

“I didn’t need a Rolls-Royce,” insists Gigi Moss while standing before his-and-hers bespoke Rollers—a Phantom Extended Wheelbase Tempus edition, and a Dawn Black Badge—both of which were commissioned by her husband, Glenn. Mrs. Moss’s belief was clearly a sort of stubbornly persistent illusion, which was heavily counteracted by her husband’s desire to commemorate the couple’s 40th wedding anniversary with a suitably dynamic vehicular duo. 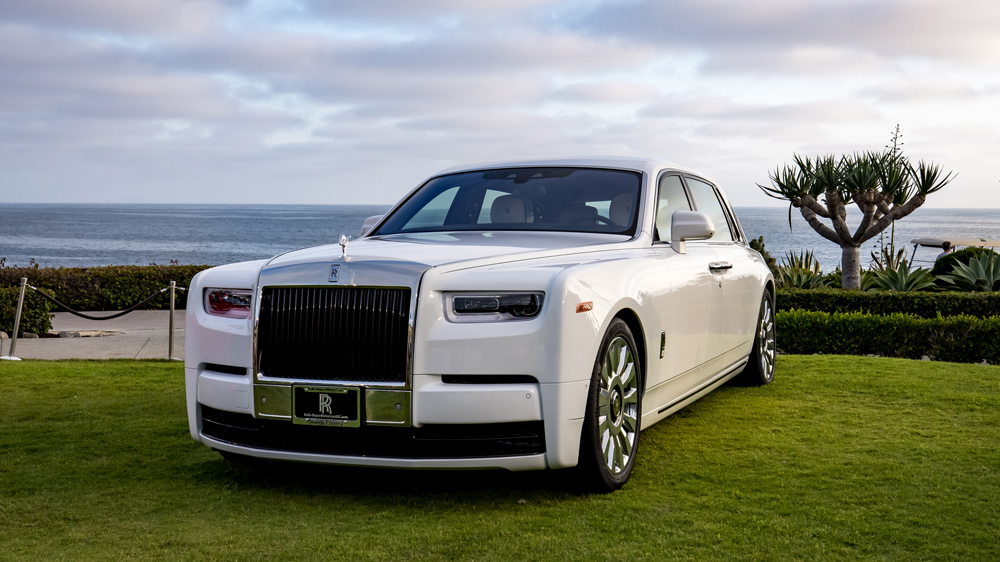 Mr. Moss had never before considered Rolls-Royce ownership until a marketing event for American Express Black Card holders put him and his wife in the seat of a Dawn for a day in 2017. Both Rolls-Royces feature Easter eggs referring to the couple’s union—dates and latitude/longitude points where they first met in 1976 and wed in 1981. 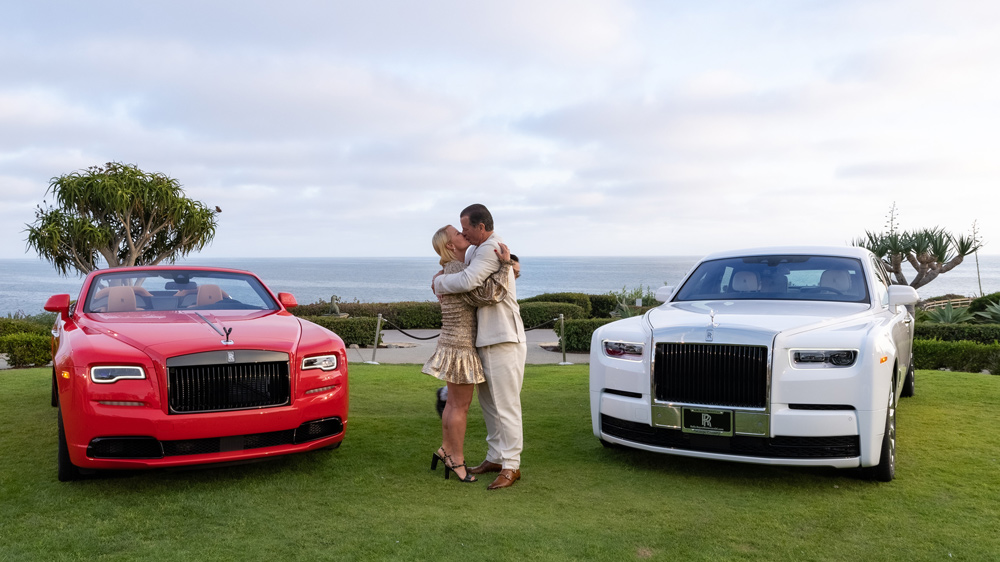 While the Phantom is finished in Arctic White and the Dawn in Bright Red, the Tempus edition also introduce a new bespoke Kairos blue, which Rolls says was created to embody the darkness and mystery of space. Only one other Tempus exists in the United States (Chicago, if you’re curious), and the remaining allocations are spoken for.