The Porsche Taycan is finally available in Australia.

It was hard not to take it as a challenge, – even if that’s not necessarily how it was intended.

The issuer was Porsche’s EV expert, Mayk Wienkotter. The car? Well now, that would be the all-new Taycan, the acclaimed German marque’s first proper electric vehicle – one that also just happens to offer the kind of eyebrow-peeling acceleration that could make a fighter pilot nervous.

Without wanting to drown you in all the ‘electric stuff’ (yes that’s it rightful technical term for at least a few years to come yet), the Taycan is the first production EV to be built on an 800-volt architecture (most competitors use a 400-volt system). And while that doesn’t unlock any extra power, it does provide what Porsche calls “repeatability”. Which is something you or I may refer to as, “being able to use the launch-control system more than once without the car needing a cup of tea and a good lie down between flat-pedal blasts”. 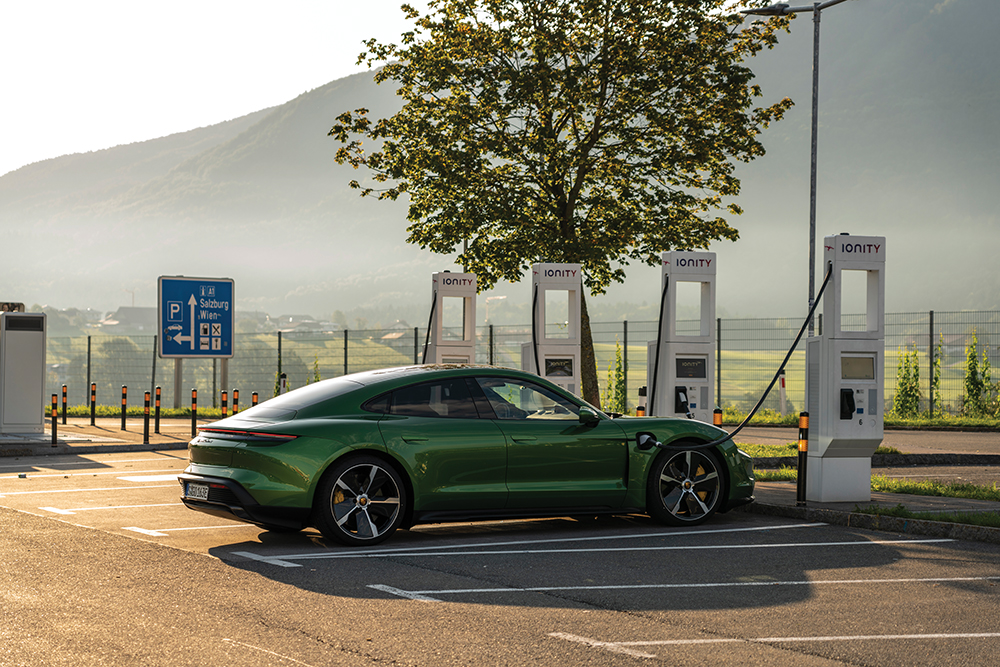 You with us? Good, because that brings us nicely to that aforementioned unintended challenge.

“You can do it as long as you want,” chimed Wienkotter (it’s true – Germans can indeed ‘chime’).

“We say more than 10 times, and we’ve found out that mostly it’s the driver that finds their limit, not the car. After doing 25 launch-control starts to 200km/h, you are tired. I promise.” Challenge accepted. 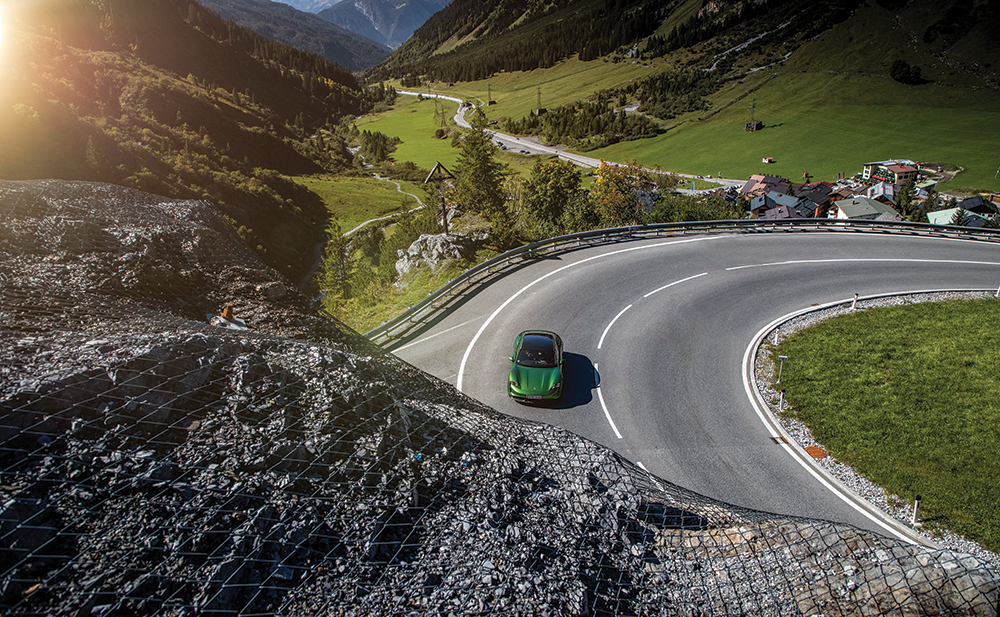 And then promptly failed. Fast-forward exactly 47 minutes and we’re parked by the side of an empty stretch of German roadway, with sore necks, hands cramping from death-gripping the wheel, and with the Taycan showing absolutely no signs of giving up. Somewhere on the long list of optional extras on offer should really be a decent chiropractor.

There are three Taycan options, the 4s, the Turbo and the Turbo S, and all three are home to a powerful electric motor at each axle. Combined, they’ll serve up a whopping 460kW of power, which is more than enough to really push the boundaries of good sense.

But this first electric Porsche has a party trick up its sleeve – or, more accurately, under your right foot. That is the inclusion of a launch-control function that unlocks even more power in 2.5-second blasts. 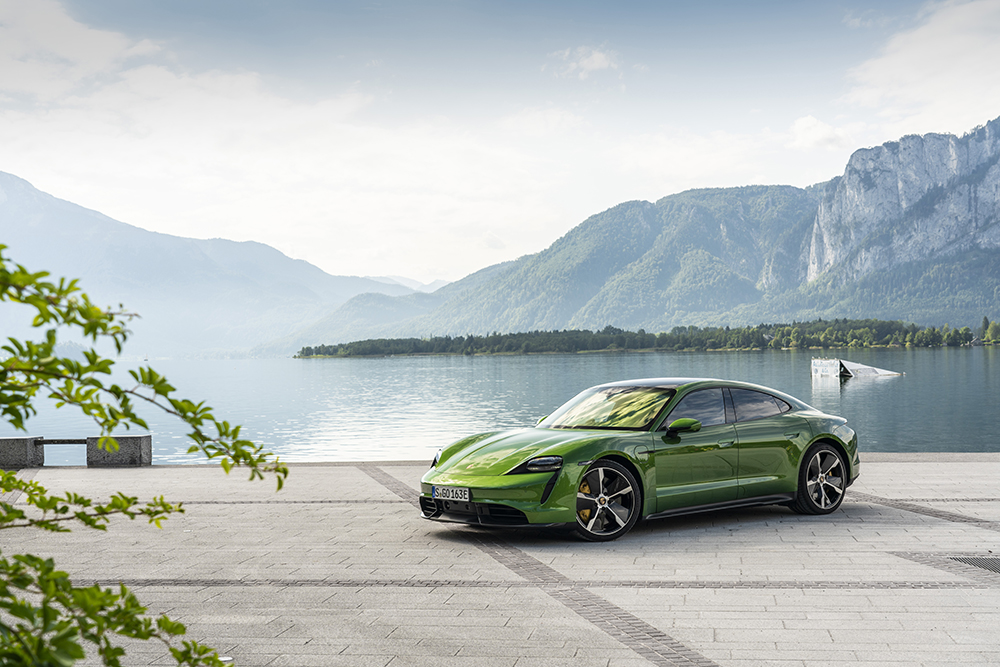 So yes, it is properly fast. But so are most electric cars. And the real magic here is the Porsche-ness of the entire drive experience – from the steering to the grip, the ride to the complete lack of body roll. The power feels inexhaustible, and so the Taycan will simply flow up and down any mountain road you should point it towards.

That said, you also can’t help but notice that there are no gears to change, or any exhaust note to hum along to, and so there is a sense of separation from behind the wheel – as though the Taycan is driving you, not the other way around. 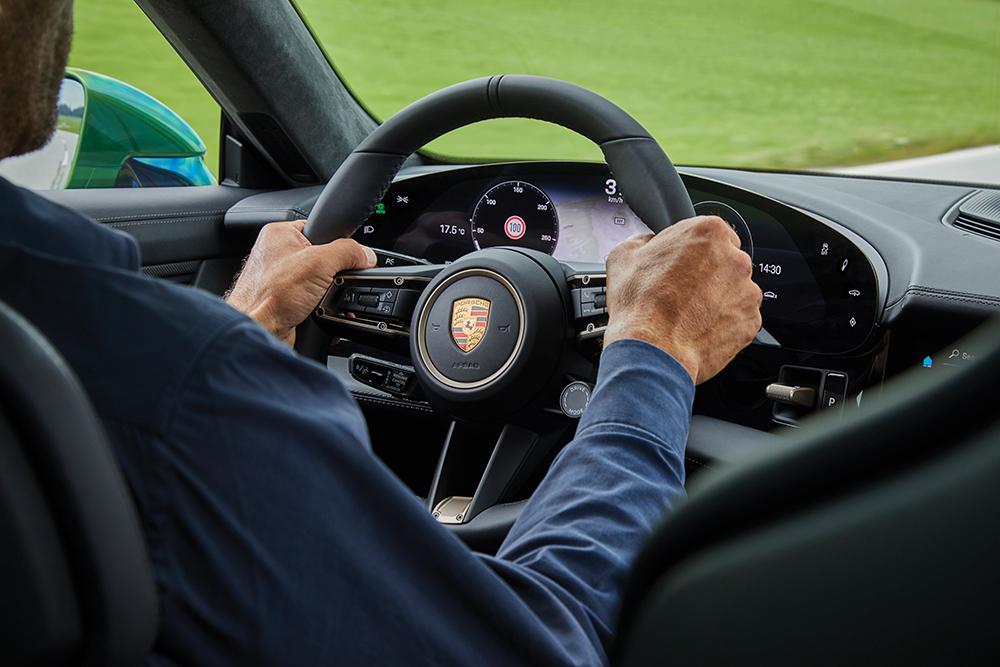 Still, this Porsche is the most complete, most driver-focused electric vehicle we’ve ever driven and now after being recently made available in Australia, with its surprisingly low $191,000 price tag for the entry model 4S – faster and cheaper than a 911 – it will make even the most traditionalist Porsche enthusiast rethink their idea of performance.

Perhaps more importantly though, it means that in the nascent battle between Porsche and Tesla, it’s most definitely advantage Germany.