The fact that the Ferrari 812 Superfast is getting another variant is unlikely to surprise anyone. What’s a little less expected is that the new speed machine will come in two distinct versions.

After first teasing the car last month, the Prancing Horse officially unveiled its latest model on Wednesday: the 812 Competizione. The exclusive, track-focused version of the sleek grand tourer boosts its power to a mouth-watering 610kW and comes as either a coupé or a drop-top semi-convertible.

Let’s start, though, with the Competizione’s engine. As you may have expected with a name that features the Italian word for “competition,” the car’s mill is a finely tuned marvel. Ferrari has re-engineered the 812’s naturally aspirated 6.5-litre V-12 so that it now revs to 9,500 rpm (it topped out at 9,000 rpm before), according to the automaker. It’s also been upgraded it with titanium connecting rods, while the rest of its internals have been coated with “diamond-like” carbon. 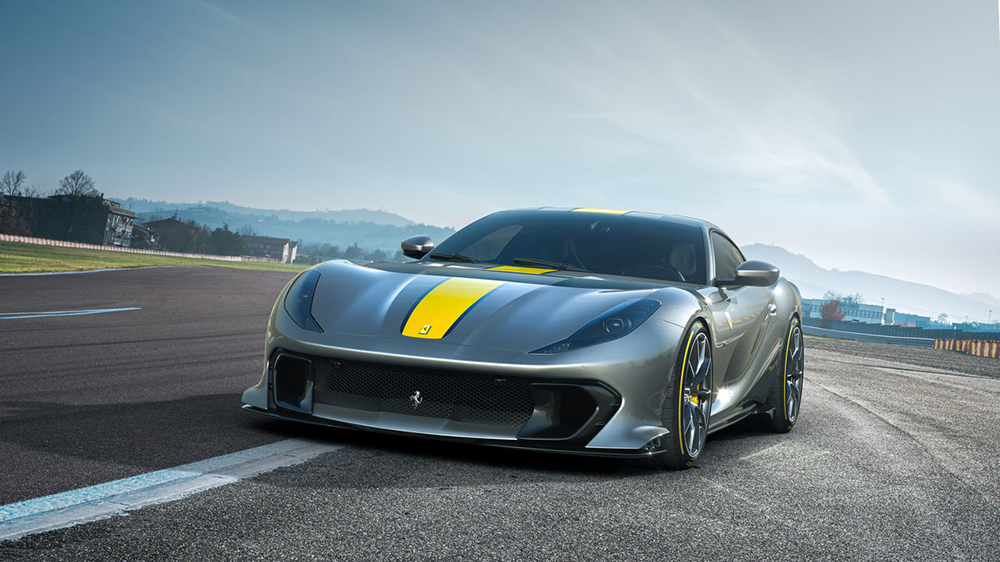 These modifications mean the madeover engine can produce a maximum of 610kW at 9,250 rpm and 694Nm of torque at 7,000rpm. The kW figure, in particular, is 22kW more than the Superfast. The Competizione’s mill is controlled by a seven-speed, dual-clutch automatic transmission that sends all this power to the rear axle, allowing you to rocket from zero to 100km/h in 2.8 seconds, zero to 200km/h in 7.2 seconds and hit a top speed of 340km/h. Not too shabby.

The Competizione’s chassis has been reworked and outfitted with a new variable-displacement oil pump and direct fuel injection management system, while the exhaust system includes a gasoline particulate filter to ensure it meets emission regulations while still delivering the loud purr that Ferrari owners expect. On the tech side, the car features all the marque’s electronic driving assistance features, as well as the latest iteration of its Side Slip Control system, which will improve traction and handling whether you’re on the road or track. The car also sports new carbon-fibre rims wrapped in sticky Michelin Pilot Sport Cup 2 R tyres. 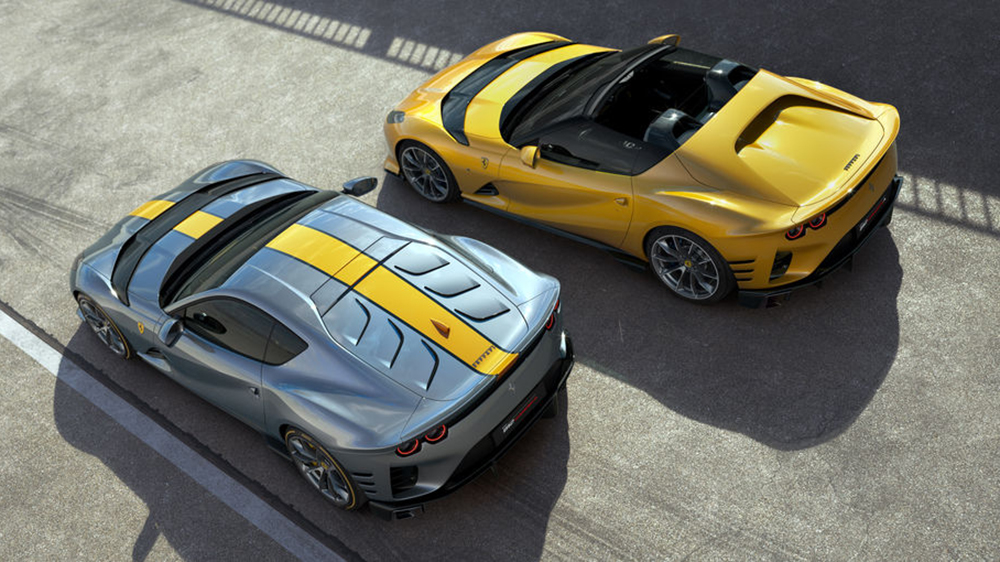 The latest 812 variant comes in two versions, the hard-top Competizione and the targa-like Competizione A. Whichever model you go with—we’re partial to the latter—the car will feature a heavily revised aerodynamics package. It may not look drastically different than the elegant Superfast, but tweaks to the front bumper, a completely new diffuser that extends the length of the car and a revised rear wing give it a sportier vibe and increase downforce, by 40 per cent in the front and 35 per cent in the rear. The Competizione A’s removable roof panel isn’t the only difference between the two versions, either, as the coupé’s rear window has been replaced by a carbon fibre panel with vortex generators that gives it a fastback-like feel.

Australian availability has yet to be confirmed.