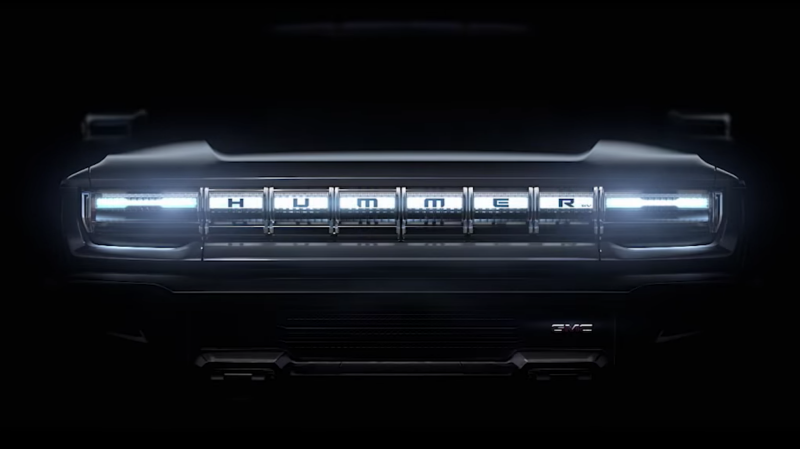 The Hummer Is Back As An All-Electric ‘Super Truck’

Details are scant but according to the Detroit automaker, the GMC Hummer EV will pack a menacing 745kW horses with 15,590Nm of torque (although this number is up for debate). It will be capable of racing from 0 to 100km/h in three seconds flat, nipping at the wheels of Tesla’s Cybertruck which can do it in under 2.9 seconds. It also promises zero emissions and next to no sound. It’ll be a hummer that, you know, doesn’t actually hum.

Looks-wise, the render and three-second teaser video on GMC’s website didn’t give away much, but it appears to have a similar front fascia as its military-style predecessor with a contemporary twist: The iconic Hummer grille has been updated with a futuristic LED light bar that illuminates the “Hummer” name. There is also a GMC badge located on the lower right-hand side.

“GMC builds premium and capable trucks and SUVs and the GMC Hummer EV takes this to new heights,” vice president of Global Buick and GMC Duncan Aldred said in a press release.

A 30-second ad, titled “Quiet Revolution”,  aired during the second quarter of yesterday’s SuperBowl game starred none other than NBA star LeBron James.

After its on-screen debut, the electric truck will be treated to a full reveal on May 20, 2020. The Hummer EV is expected to go into production at the General Motors’ Detroit-Hamtramck assembly plant in the Sping of 2021, with sales starting toward the end of the year. Key information regarding range, towing capacity and price is still to come—but, GM well and truly has the car world buzzing.