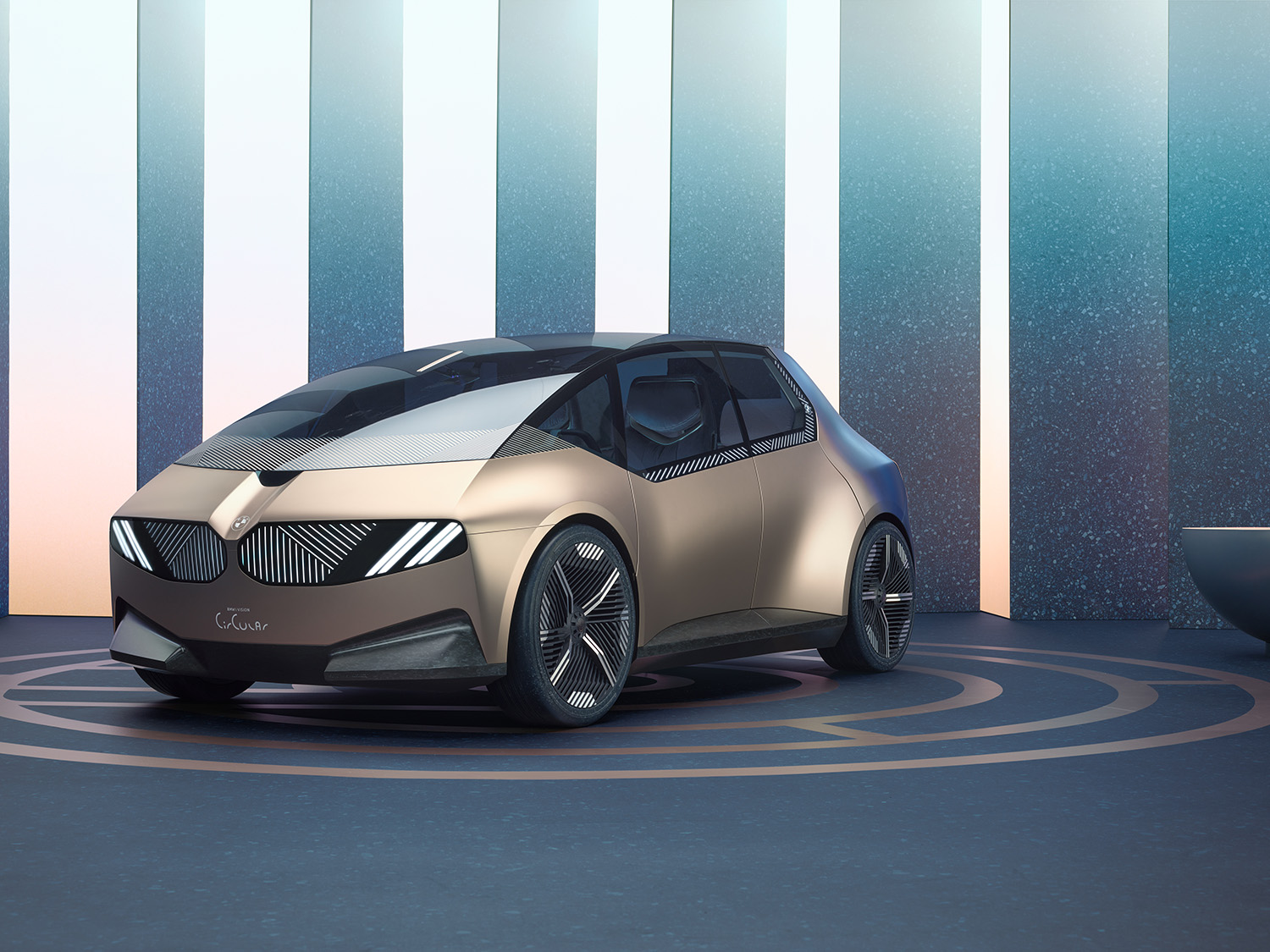 The Future Of Driving

BMW moves ahead with its genuinely recyclable car.

Essentially, Domagoj Dukec’s job is very simple, he just has to make you desire something you don’t actually need so strongly that you’ll pay top dollar for it.

Dukec, 46, is head of design for BMW, a role many young Germans no doubt daydream about as they scribble cars on the back of pencil cases. But if you think it’s all beer and crayons, just ask him how he feels about the dissection of his work on social-media forums (exhausted is the short answer).

Or about the fact that his interior designs must take into account the fact that many of his American customers still like to drive with cowboy hats on. “I’m serious, people in Europe wonder why we have to have so much headroom in our cars, and that’s it,” he sighs.

Dukec is in the design driver’s seat at one of the world’s most high-profile marques in a time of unprecedented change for the industry, and for the car itself, as that big, lumpen engine under the bonnet is replaced by electric powertrains running on everything from sunlight to hydrogen.

That type of technological shift isn’t cheap, of course, and that means Dukec is forced to ask you, the customer, to dig that little bit deeper.

“Cars are getting more expensive because of electrification,” he says. “The powertrain costs more, so either you get less car or it gets more expensive, and customers are not ready to pay so much more, just for zero emissions. 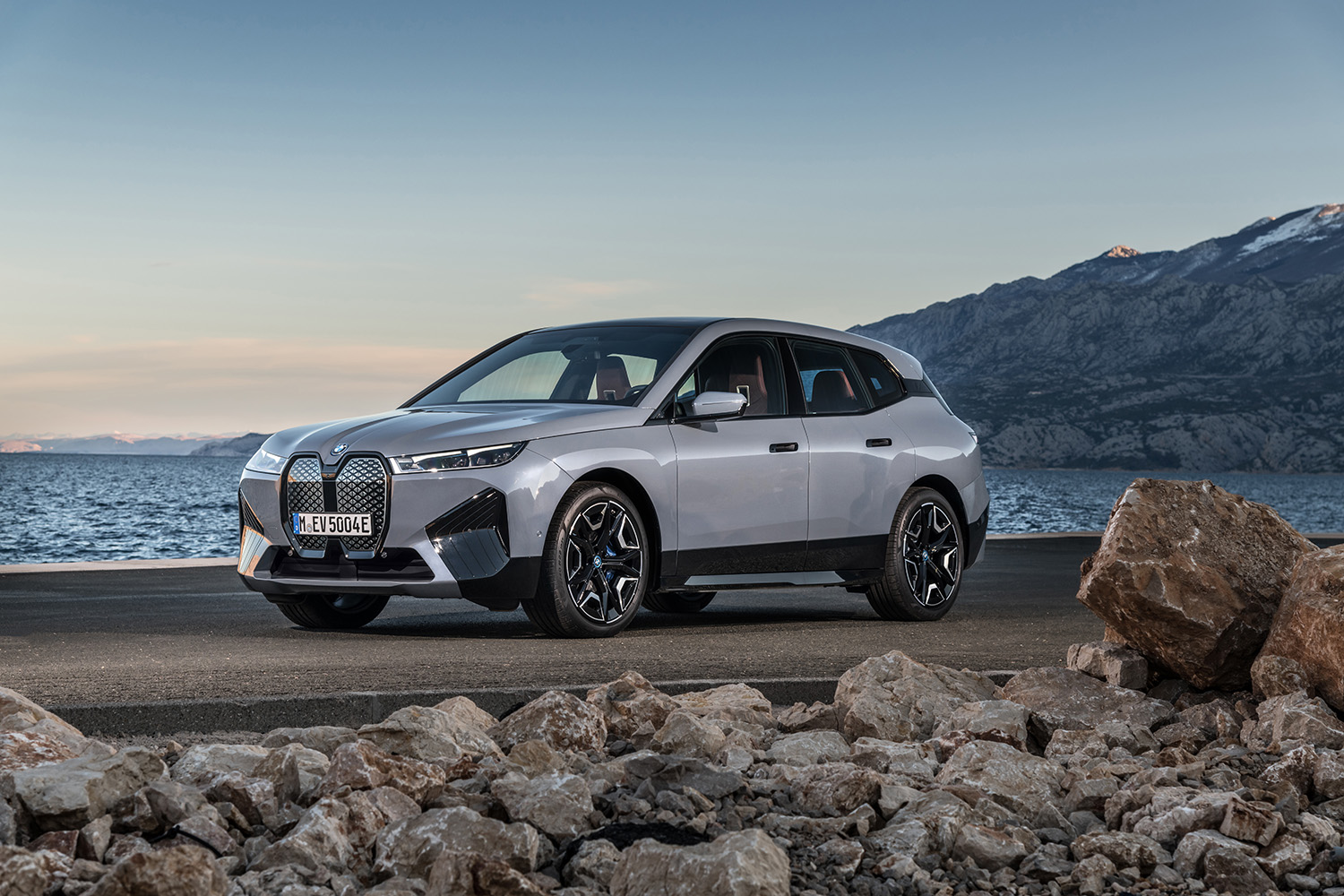 “So we have to think, how can you make a product so desirable that you’ll still buy it, not because you need it, but because you want it? There’s no rational reason to buy a BMW … it’s emotional, it’s irrational. You buy a BMW because you want to reward yourself, or you want certain status, or you’re a social climber.”

Decades ago, before Dukec took the job, BMW design was somewhat simple —as one of his predecessors opined, it was just one sausage and you could have it in 3, 5 or 7 Series.

As Dukec knows only too well, today there are many different customers with widely varying tastes, but he believes designing a BMW that will inspire irrational love in markets as diverse as Saudi Arabia, China and Europe comes down to two things — the “wow” factor and “meaningfulness”.

“What we need at first is an aesthetic attraction, everybody needs that moment, the stunning look, But it’s not like there’s a recipe and you just make it, you have to find out who the customer is for each car, and find out what is the ‘wow’ for each.

“But just being wow is not enough, like when you meet a person and you think that she looks great, but this is not enough for eternal, long-lasting love— you need something deeper, so you need meaningfulness.” 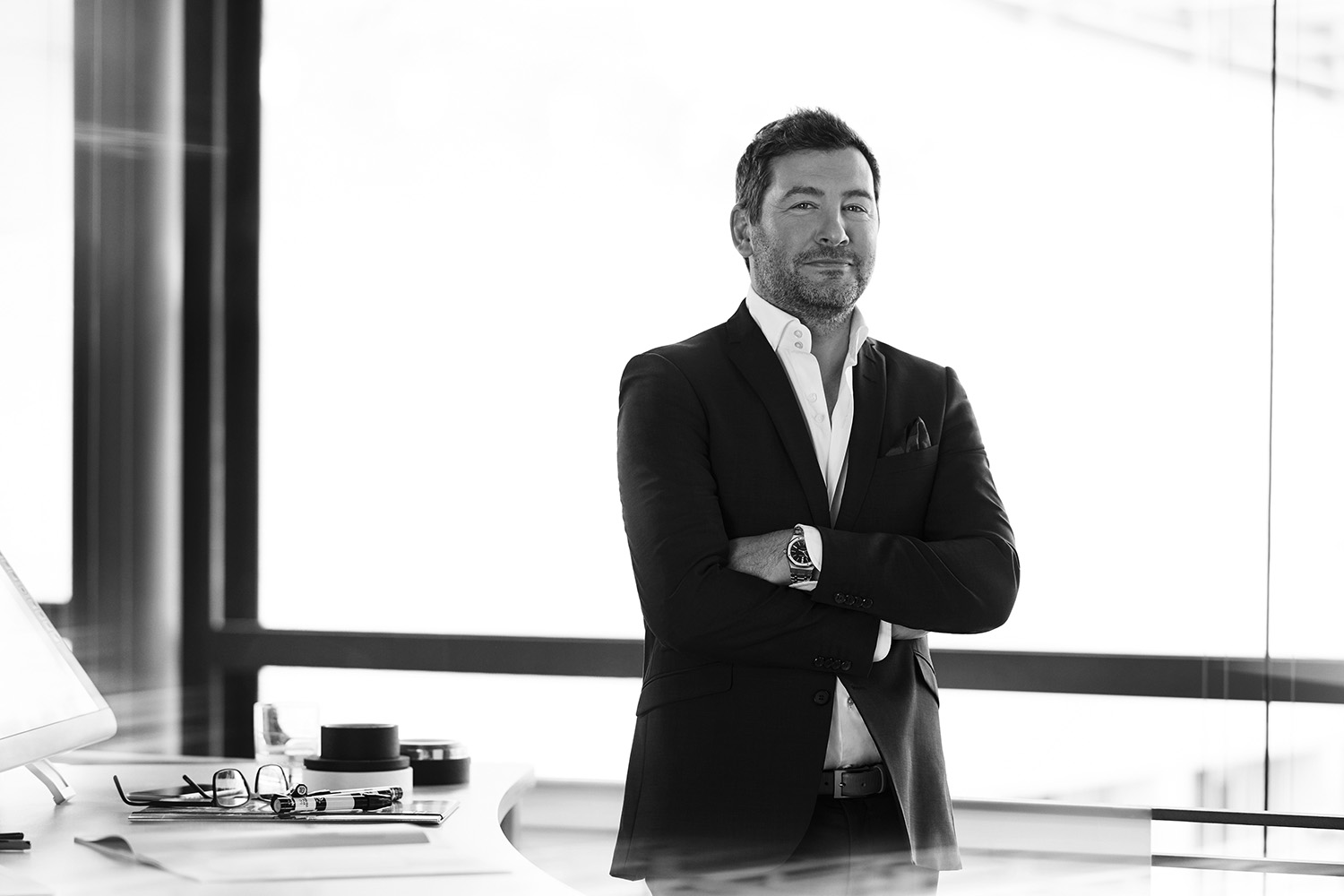 That combination, Dukec offers, is best represented by BMW’s iconic double kidney grille, which not only embodies the look of the brand, but is also an air intake.

The famous BMW grille has, of late, caused some consternation among fans—upsized on the front of the new 4 Series to the point where it was arguably visible from outer space.

“Sometimes you do set out to be divisive, it depends on the product, and with the 4 Series we wanted something that looked very different … the 8 Series doesn’t get such a grille, the 2 doesn’t have it either, just the 4, because they are the customers who are looking for something that stands out.

“But that doesn’t mean all BMWs will be shocking in the future, no, you will see there are some beautiful cars to come.”

There will also be some radical vehicles, of course, like the acclaimed all-electric iX—a vehicle that represents the sustainable, less-is-more approach BMW is heading toward after BMW CEO Oliver Zipse declared this year that his company will make “the greenest” cars on the market.

Dukec believes the iX—the most high-profile effort delivered by BMW’s “incubator brand”—has enough wow to stand out in any crowd. It’s a design that will appeal to early adopters now and grow on everyone else as its presence increases.

“For the moment it looks different, or strange, but the more you see it, it starts out as one of a kind, then it becomes more and more lifestyle, more hip, it turns up in a few music videos, and people will start to drive it because they want to be part of it … I think in two or three years there will be a lot of X5 customers going over to iX.” 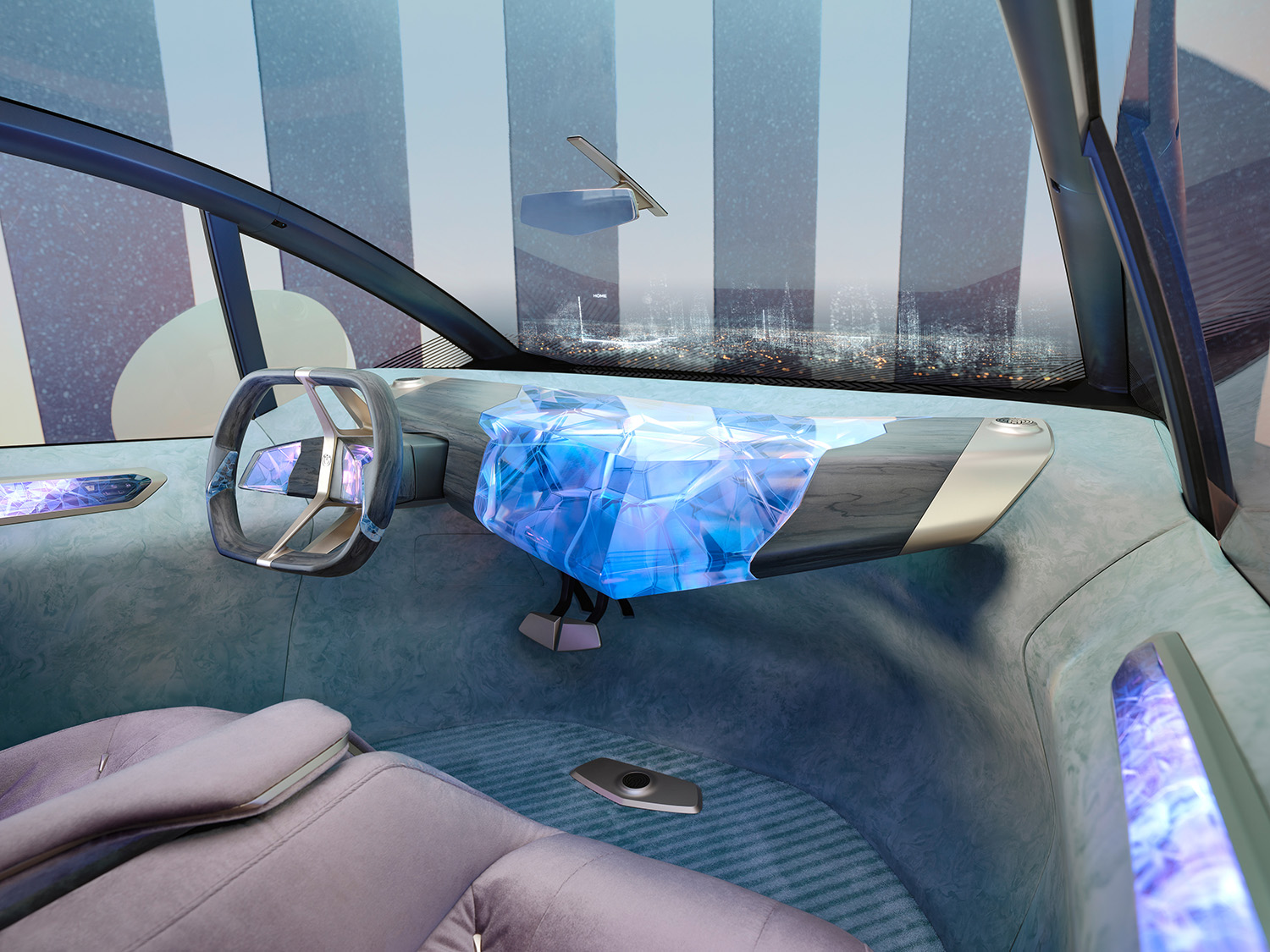 Dukec is particularly proud of the iX’s interior, which strips away what he calls unnecessary “jewellery” such as wood and aluminium trim and decorative lines.

BMW’s new road forward, which reaches its apotheosis in the incredible and genuinely recyclable iVision Circular concept car—you can just pop parts on and off and replace them, creating a “perpetual mobility device”—is to “design the structure itself to be so attractive that you can get rid of the jewellery on top”.

In the case of the i Vision Circular, that also extends to not using paint as it’s not environmentally friendly. Instead, the aluminium structure is anodised, for a stunning sheen, and the famous BMW logo is no longer a badge—rather, it’s milled into the bonnet. “You’ve got real craftsmanship there,” says Dukec. “It looks more high end, but at the same time you’re doing away with 10 other components— it’s premium, but in a whole new way.”

And with that, he’s back to the literal drawing board to create the next machine from BMW that will wow the world.

Deliveries of iX and the wider i range commence in Q4; bmw.com.au

Car Of The Year Is Here

Robb Report’s peerless and unique motoring awards program returns — and you can be behind the wheel in 2021. 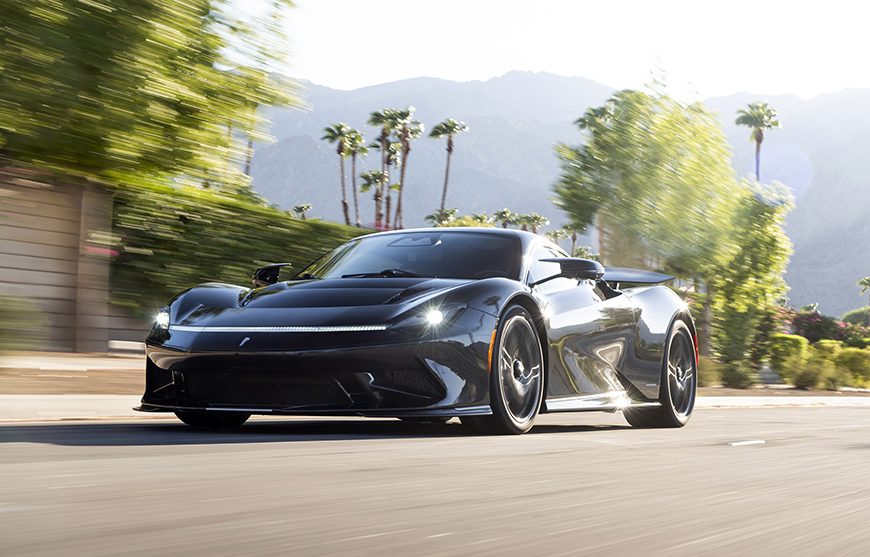 The unrivalled design icon celebrates its 50th anniversary this year — with a stunning new version to boot.

Formula 1 Is Trying To Save the Internal Combustion Engine

The racing competition says the fuel will eventually be available for mainstream use.

Primed for touring, it can also cover 500km on a single charge.

From Bugatti To The Beach