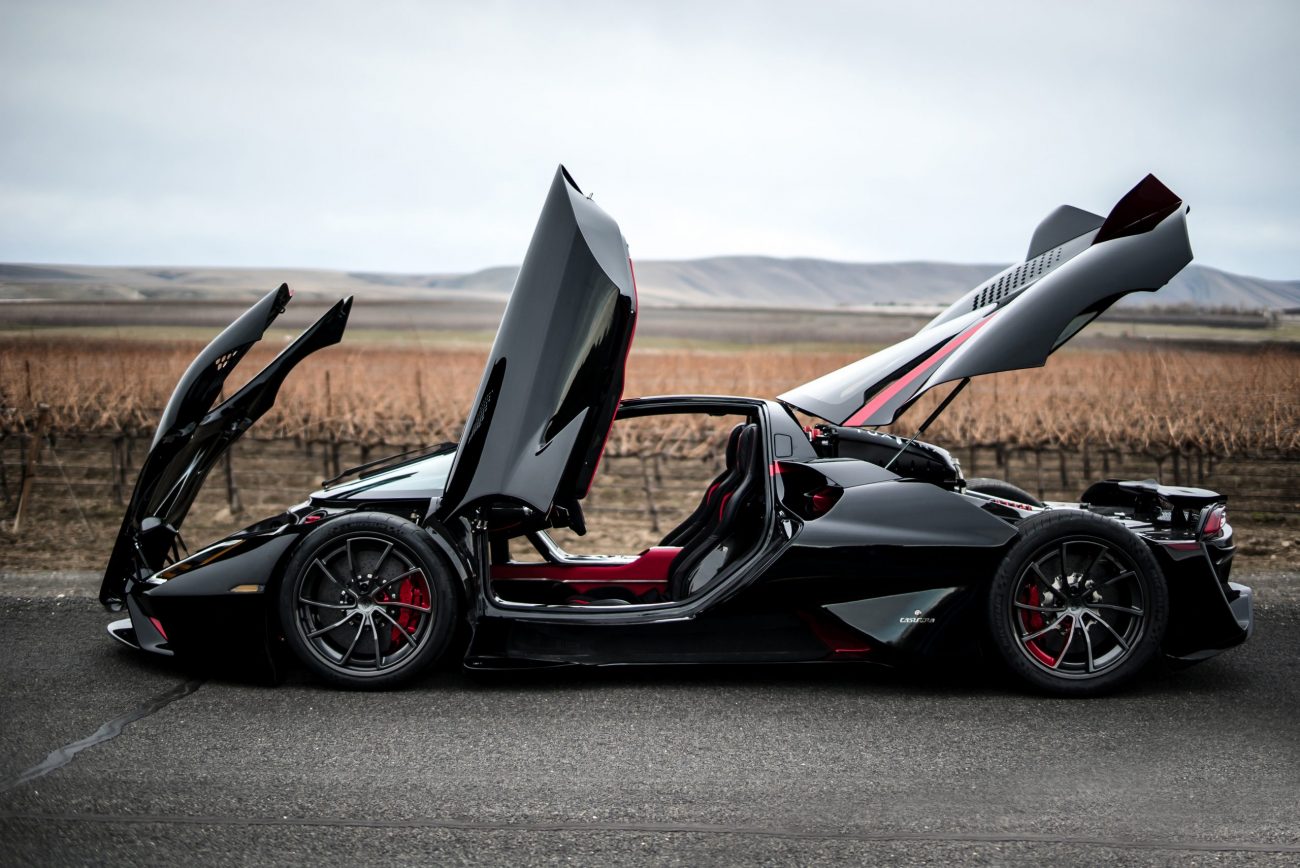 And we can’t stop staring.

When Dr Lawrence Caplin got the keys to his almost $3 million SSC Tuatara hypercar, during last summer’s Monterey Car Week, everyone at SSC North America promised to keep his identity a secret. Now we know why.

It seems the Philly native wanted to save the reveal of his new Tuatara for this week’s Philadelphia Auto Show (February 8 through 17), where Caplin’s CF Charities organization presents a supercar display to help raise money for local kids.

Caplin, who founded Dentrust Optimized Care Solutions—providing mobile dental care to prisons and the military—spec’d his 2020 Tuatara in a stunning combo of pearlescent black with bright red accents.

His car is the first of 100 examples to be built at SSC North America’s headquarters in Richland, Wash. It will join the good doctor’s prized collection, believed to include a Ferrari FXX-K (one of 40 examples made), a Ferrari 599XX, Ferrari 488 Spider, a 2005 Ford GT and the Tuatara’s predecessor—a bright-white 2011 SSC Ultimate Aero.

The Tuatara is powered by a custom 5.9-litre twin-turbo V-8 developed by SSC in conjunction with Southern California–based Nelson Racing Engines. Its eight-cylinder heart is claimed to crank out 1006kW with 91-octane gas, or a mighty 1304kW with E85 ethanol. The engine is paired with an Italian seven-speed, single-clutch CIMA manumatic gearbox said to execute shifting in less than 100 milliseconds.

In development since 2009, the carbon-fibre–bodied Tuatara was targeted to be the first production car to break the 300 mph  (480km/h) barrier. Since Bugatti shattered that milestone last summer with a modified Chiron—it clocked 490.47km/h around VW’s Ehra-Lessien test track in Germany—SSC North America’s CEO, Jerod Shelby, will have his work cut out to better Bugatti.

It won’t be easy. Also chasing the production-car speed record is Houston-based Hennessey Performance Engineering with its Venom F5. The latter’s CEO, John Hennessey, has his sights set on 500km/h. Another contender is Swedish marque Koenigsegg, believed to be prepping a go-faster version of its latest 1168kW Jesko.