This fourth-generation Atom represents a full re-engineering over previous iterations—and the results are impressive.

If there’s an exception to the adage that the slowest motorcycle is always more exhilarating than the fastest car, it’s the Ariel Atom. Not just because the two-seat roadster qualifies as a car only by the barest definition—a handful of body panels, no power steering, conveniences such as a plastic windscreen come extra and adjusting the seat requires both tools and patience—but because so much face-warping speed is available in such an elemental design. From the molded composite driver’s seat one can sense the sort of raucous, rear-mid-engine, open-air fun Jacky Ickx used to have tossing his Porsche 936 around Le Mans.

That engine is the same 238kW, turbocharged 2.0-liter four-cylinder found in the bonkers Honda Civic Type R, used here to motivate a machine, at 595kgs dry, that weighs well less than half that car. This fourth-generation Atom represents a full re-engineering over previous iterations; the new car is wider, its wheelbase increased by two inches for better stability at high speeds. It’s odd to call something so explosively dynamic “mannered,” but through Virginia International Raceway’s rollicking, 2.6km South Course, the 260km/h six-speed exoskeleton rocket was that—planted, intuitive and monstrously fun, with little of the old models’ high-limit snappishness. Steering is beautifully weighted, direct but no longer darting. Acceleration feels, roughly, like being hit in the back by a bullet train. 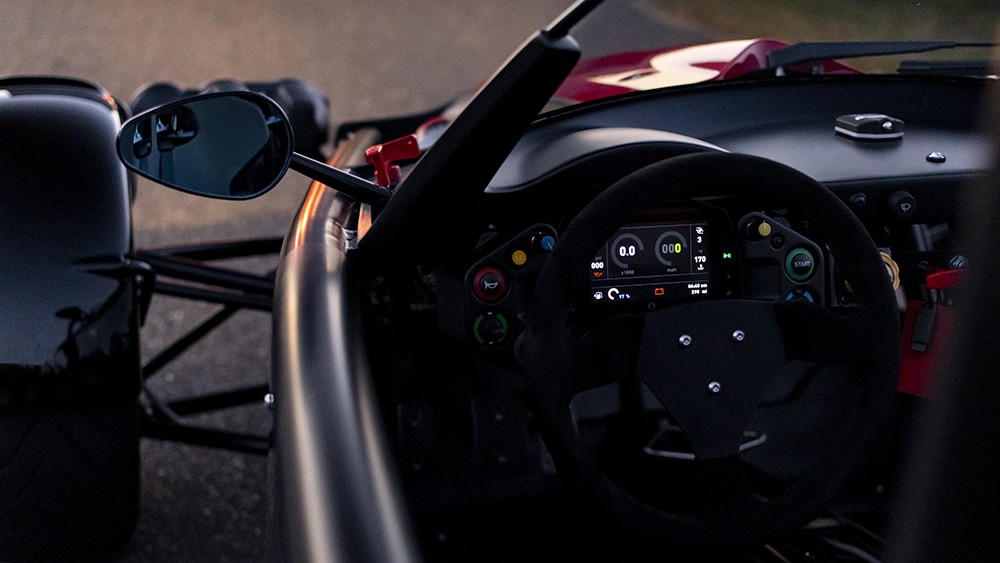 Whiel the Ariel isn’t road-legal here in Australia, we’re not sure you’d want it to be. Sure, in theory, it is now surprisingly easy and tramline-free to drive around town (except, fair warning, the ceaseless turbo shriek from the overhead air intake is about as pleasant as sitting next to a baby fighter jet that never ever, ever, ever stops screaming; ear plugs are recommended at all times) but for around $96,000 to start you get the perfect track weapon, somehow both terrifyingly capable and approachably playful, a pure driver’s machine designed purely for driving, and nothing else.

The newcomer is the marque’s most extreme performance convertible yet.