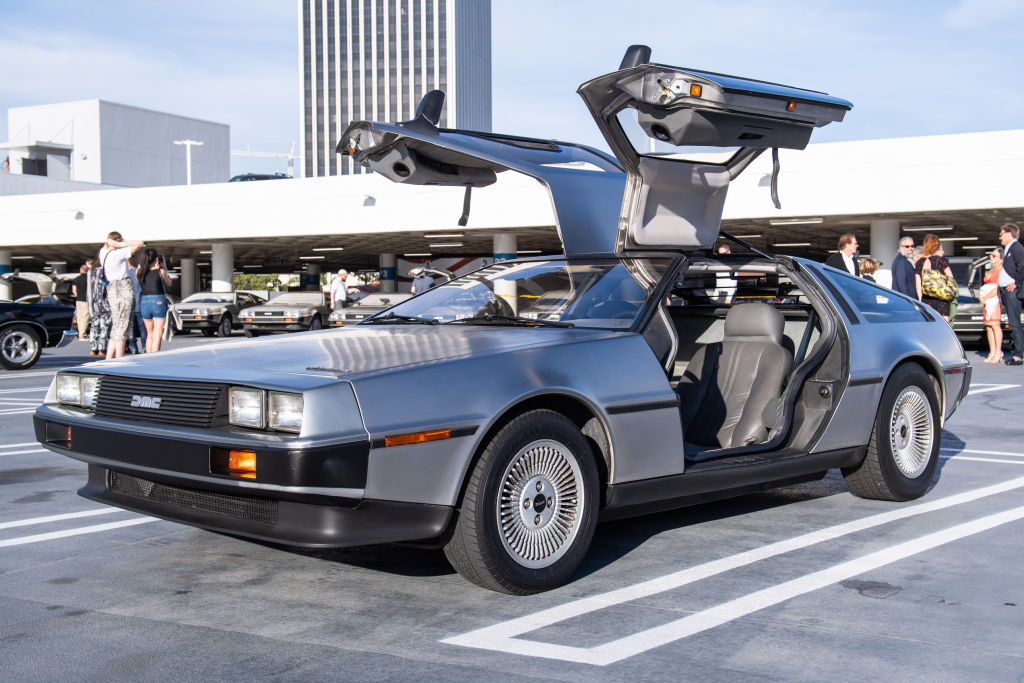 The DeLorean Is Returning As An All-Electric Sports Car

The reborn 80s icon could debut as soon as this year.

After years of rumours, one of the most iconic vehicles of the 1980s is officially coming back. Nearly 40 years after first stealing our imaginations in 1985’s Back to the Future, the DMC-12 will be reborn as an EV.

Shortly before Sunday’s Super Bowl, the DeLorean Motor Company announced its return in a 15-second video clip uploaded to its official social media accounts. Unfortunately, the video doesn’t reveal what the EV will look like, although the teased silhouette will definitely remind you of Marty McFly’s vehicle of choice. Oh, and in case you were worried, the signature gullwing doors are along for the ride.

The new DeLorean appears to be ready to hit the ground running, too. The automaker will be opening its headquarters in San Antonio, which is expected to bring 450 jobs to the area, according to the city’s mayor, Ron Nirenberg. If all goes to plan, the brand hopes to debut its battery-powered take on the DMC-12 sometime this year.

Although the return of DMC-12 has only now been confirmed, there’s been speculation surrounding an all-electric DeLorean for a while now. The shadow-shrouded car featured in the company’s teaser clip bears a striking similarity to an image of a modernized DMC-12 shared by Italdesign last year, with the most notable difference being that the legendary design firm’s rendering featured the DMC badge on its nose. However, its mockup and the car hinted at in Sunday’s video both feature a similar profile.

Italdesign isn’t the only one who’s speculated about what a DMC-12 reboot could look like. Spanish car designer Ángel Guerra released concept images to coincide with the car’s 40th anniversary last year. His version of the vehicle held on to the original’s low-slung profile and stainless-steel exterior but added bigger wheels, a wider stance, and a smoother body that puts it more in line with today’s luxury cars than a cult-favourite relic.

For the moment, we’ll just have to dream about what DeLorean’s EV will look like. But not for long.