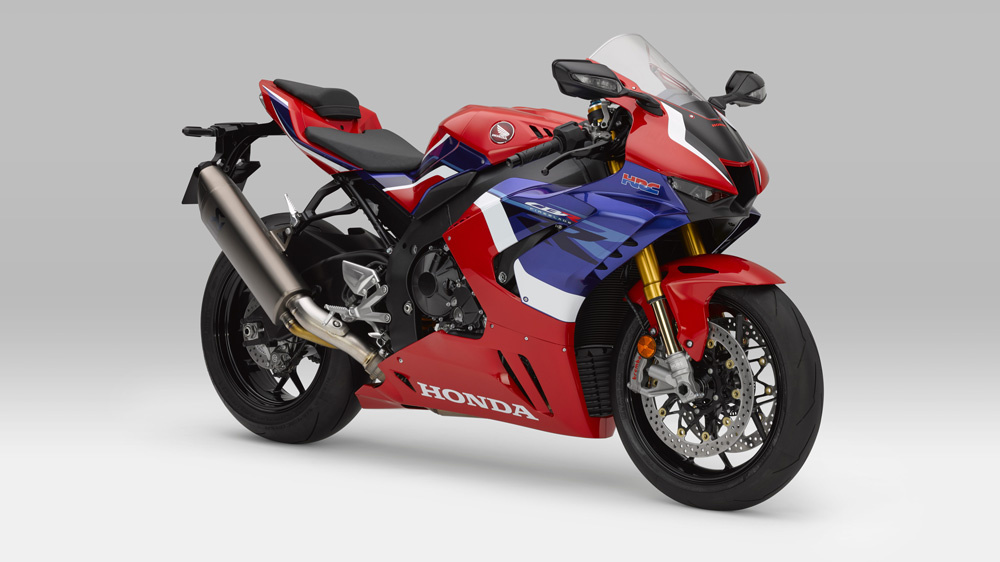 With 160kW, the 2020 Honda Fireblade SP is ready to compete with Ducati, Kawasaki and BMW.

In reality, it’s been 12 years since Honda debuted an all-new superbike. Yes, the 2008 CBR1000RR has seen various facelifts, including a big one in 2017, but the bike you see before you is all-new, and Honda is dead serious about reclaiming the title they once had on license as the king of the superbike.

The 2020 Honda CBR1000RR-R Fireblade SP, to give its full name, is a ground-up redesign. Honda is claiming a very stout 160kW from the inline four-cylinder motor that has the same internal dimensions (81mm x 48.5mm bore and stroke) as its all-conquering MotoGP racer. That moves the CBR right towards the pointy end of the superbike power race currently dominated by Ducati, Kawasaki and BMW. It also signals Honda’s overall intent with the CBR—to win the World Superbike Championship with its new signing, Alvaro Bautista.

The motor is a claimed 19kW up on the outgoing CBR, and importantly is Euro-5 compliant with a new exhaust developed by Akrapovič, meaning its essentially future-proofed from tightening emissions laws for the next five years.

The chassis has been completely overhauled and features a new, 30.5 mm-longer swingarm (again, modelled on the RCV213V MotoGP racer), with electric suspension donated by Öhlins, and Brembo filling the brake quota with their Stylema calipers.

This is the first Honda superbike to come with an IMU (Inertial Measurement Unit) that measures in six-axis for the traction control, wheelie control, cornering ABS, engine brake control and electronic steering damper; and it’s also the first production Honda to come with winglets.

The aerodynamic additions come in the form of three vertically stacked internal winglets that aim to increase downforce at high speed and increase braking stability for front-end grip.

The first Honda superbike to come with an Inertial Measurement Unit. Photo: Courtesy of Honda

Honda is absolutely serious in once again dominating the superbike showroom and racetrack, and history has shown that once Honda decides to do something, they usually do it better than most. Time will tell just how good the new Fireblade is, but the second we ride it, we’ll tell you all about it.