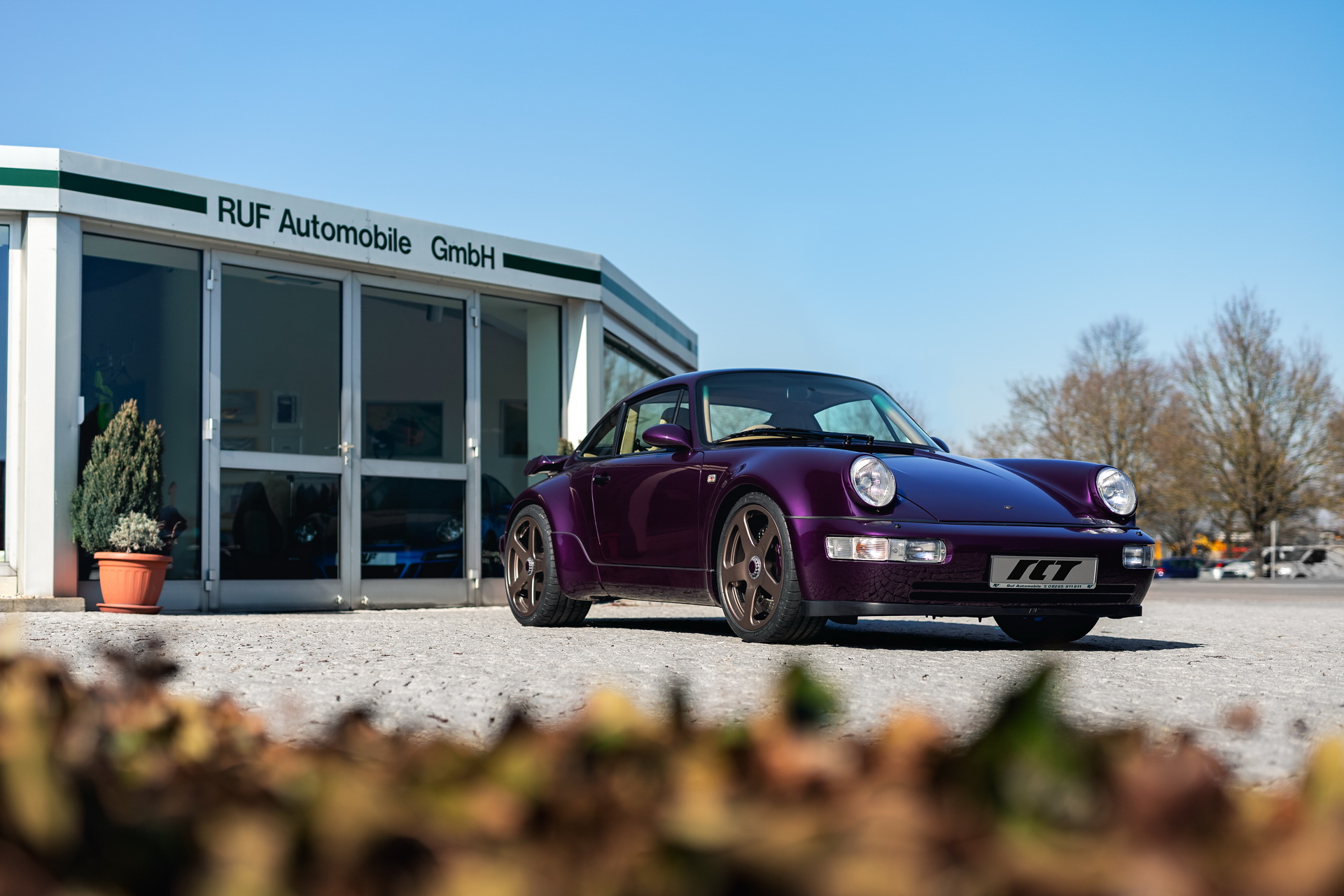 A Ruf And Ready Classic Porsche 911

The Ruf RCT Evo is based on Porsche’s 964 and carries a 317kW, air-cooled flat-six engine.

Few 911s shook Porsche tradition as did Yellowbird, the 1987 Ruf creation that spun its speedometer to 342km/h and cemented Ruf Automobile as the mastermind of aftermarket Porsche performance. Though “aftermarket” isn’t quite the term, since Ruf is a real marque, being accorded manufacturer status in Germany and assigning its own VINs to bodies-in-white from Porsche. The German firm also waves its wand over customers’ “donor” Porsches—cars bearing Porsche VINs—with Ruf modifications made following their initial build at the Porsche factory.

Just announced is a new program to produce the Ruf RCT Evo, a model evolved from their original 1990 RCT that was based on the then-new 964 platform, the successor to the 911 series that was made until 1989. The 964 was revolutionary in that it featured the first series-production all-wheel-drive model called the 911 Carrera 4, although it was also available as a Carrera 2 model featuring traditional rear-wheel drive. 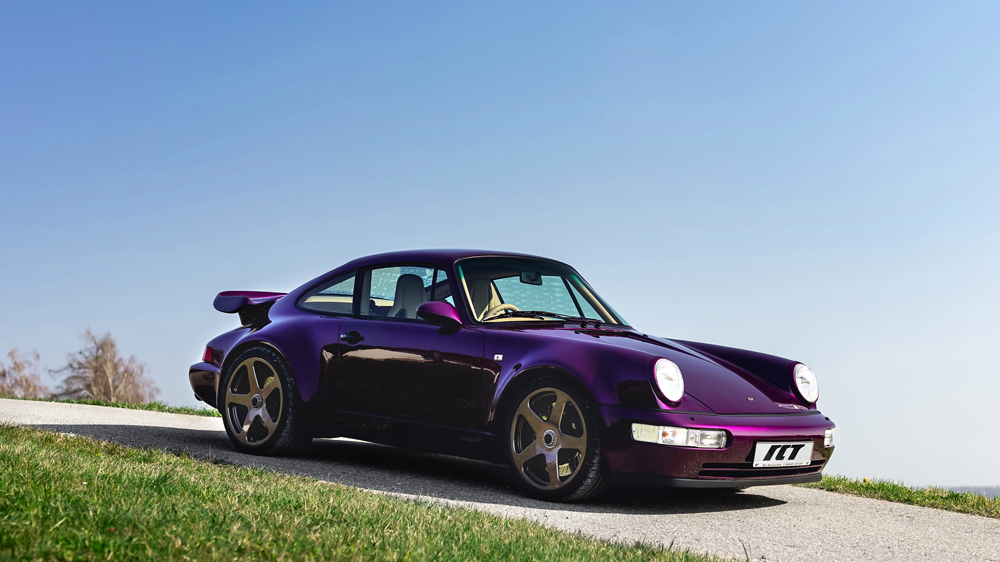 True confession: A 964 Carrera 2 that I bought new in 1991 was my best 911 of them all, combining the traditional shape, but with a fully uprated chassis and drivetrain. Light, nimble and quick for its time, it remains my favourite 911. As history would show us, the 964 saw no love after the 993 came along, and was all but forgotten by the time water-cooled 911s took over. Some would argue that it wasn’t until Southern California–based Singer Vehicle Design began scouring the earth for 964s that Porsche’s sleeper started to gain respect. 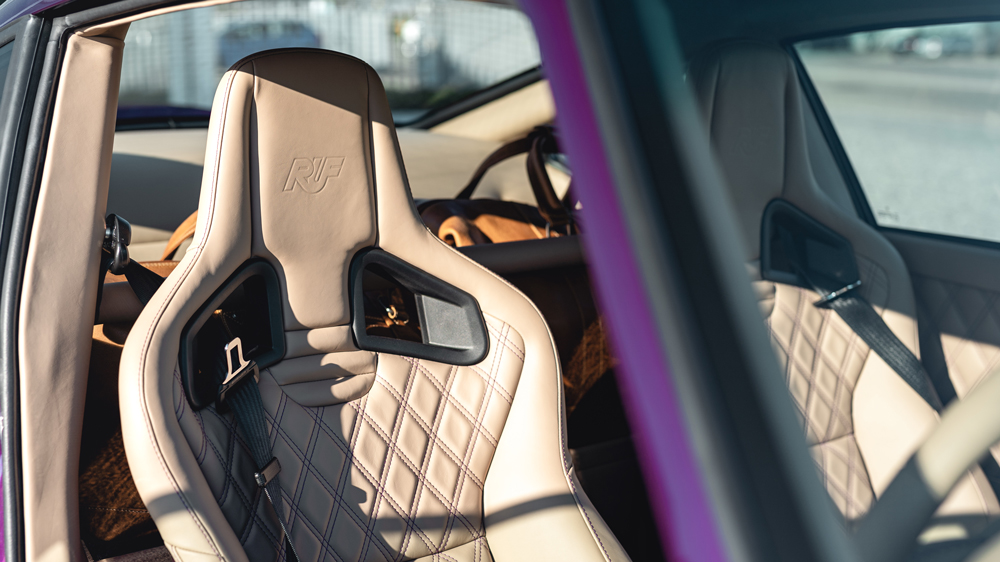 Ruf’s original 964-based RCT was a near unicorn, and the new Ruf RCT Evo is likely to remain just about as rare. Using a 964 donor, the Evo is powered by an air-cooled, 3.6-litre flat-six engine, spooling a single turbocharger. It will be available in both narrow- and wide-body versions—the 964 Turbo and a handful of wide-body Carrera 4 examples were the only wide-hipped coupes of the series. Purists (and aerodynamicists) will prefer the narrow look, but there’s no arguing that the fat flares of the wide-body examples are as exciting today as they were when seen on the first 911 RSR. 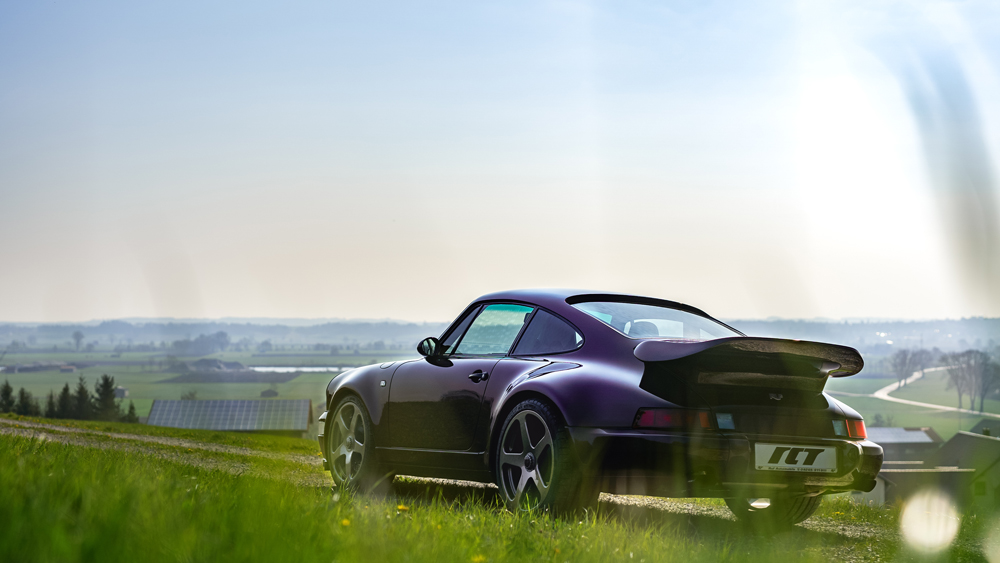 The Ruf RCT Evo will be available in both narrow- and wide-body versions. Photo: Courtesy of Ruf Automobile GmbH.

The Ruf RCT Evo treatment starts at around $571,500, plus the cost of a donor 964. An optional carbon-fibre body, finessed for greater aerodynamic efficiency and lower weight, is available for those going all-in. And unlike the original, the Evo is available with carbon-ceramic brakes, centre-lock wheels and an integrated roll cage.

Its output of 317kW and 570Nm of torque may seem modest by today’s standards, but remember that Yellowbird delivered only a few more watts (370kW) and less torque (553Nm), proof that performance isn’t all about numbers. And considering the original 964 Carrera 2 and 4 were pushing just 184Kw, the RCT Evo is a lighter, sleeker, more powerful monster by a mile. 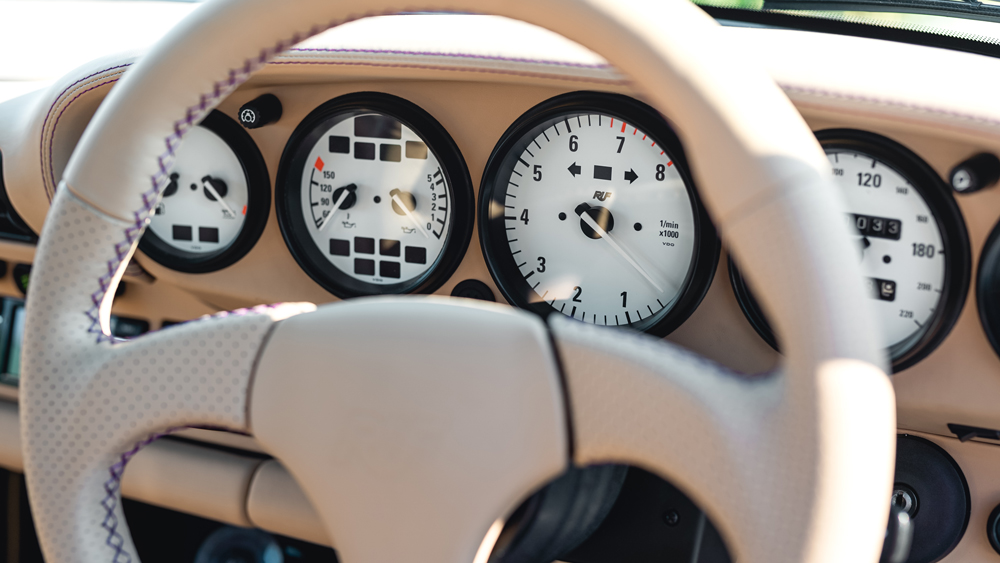 The magic, however, is in preserving the feel of the original, a car from simpler times when the Onboard Diagnostic standard (OBD-II) was just a twinkle in the eye of federal smog sniffers and our Department of Transportation. As Ruf Automobile’s own Estonia Ruf puts it, “The recipe didn’t change, the ingredients just got better.”