Each one of the 50 examples incorporates an array of hidden ciphers throughout its design.

Rolls-Royce may have created the perfect ride for Keanu Reeves’ character Neo in The Matrix with its Wraith coupe considering all of its built-in secret codes. Revealed overnight, the new Wraith Kryptos Collection is a run of 50 elegant examples of the two-door coupe, each incorporating what Rolls-Royce describes as a “labyrinth of complex ciphers.”

But don’t expect to find answers in the car’s leather-bound owner’s manual. The key to the code is in a sealed envelope tucked away in the office safe of Rolls-Royce CEO Torsten Müller-Ötvös. It seems the inspiration for this new collection came from Rolls-Royce Bespoke designer—and amateur cryptologist—Katrin Lehmann.

“As a designer, I’ve always been fascinated by the notion that you can communicate messages that are understood by only an elite few, using symbols, pictograms and ciphers,” she explains in the official statement. 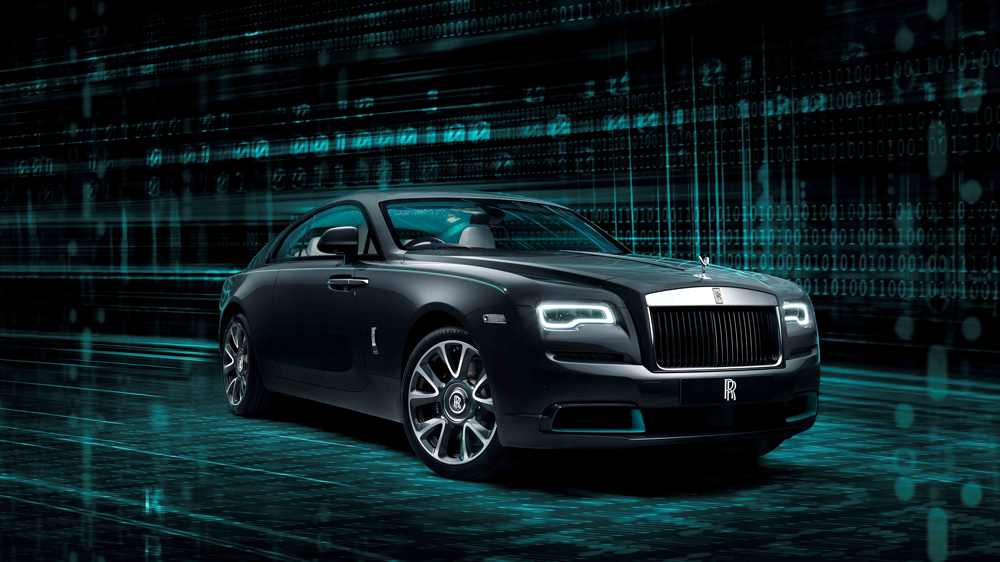 As for that Kryptos name, Lehmann says that it’s derived from ancient Greek, referring to something unseen, hidden and coded. “Ciphers can be traced through millennia, capturing the imagination of some of the world’s most brilliant minds,” she adds.

The clues start with that iconic hood-mounted Spirit of Ecstasy. At the base of the figurine, a series of tiny coded engravings coloured in green enamel are evident. There’s also a secret in the car’s Delphic Grey paintwork as well. While it may look like a not-so-exciting shade of solid grey when in the sunlight, the embedded blue and green mica flakes suddenly become visible.

Coded engravings circle the base of the Spirit of Ecstasy hood ornament. Photo: Courtesy of Rolls-Royce Motor Cars Limited.

And then there are the hand-painted coachlines. While the upper line is painted in a newly created shade called Kryptos Green, the lower line is in Dark Grey to give a shadow effect. According to Lehmann, clues are hidden towards the rear as the lines break into more code.

Slightly clearer clues are to be found when you open the Wraith’s rear-hinged coach doors, step over the illuminated tread-plate, and settle into the car’s leather seats, detailed in grey and Kryptos Green. In place of the usual Rolls-Royce logo embroidered into the headrest, there are elements of the hidden cipher. In addition, more enigmatic messaging appears on a screen-printed panel on the passenger-side fascia.

The most obvious presentation of symbols is showcased in a new twist on the marque’s twinkling Starlight headliner. For these limited-edition vehicles, it features a stunning, illuminated data stream that flashes across the roof like the digital rain that cascades down computer screens in the films. Other thematic features include illuminated door pockets with woven leather and Kryptos Green threads.

“It’s a game with many layers,” stated Lehmann. “Finding the key becomes integral to appreciating the full meaning of an item that can otherwise be viewed simply as a work of art.”

A line from the first movie’s trailer seems written for this new Kryptos model as well: “No one can be told what the Matrix is. You have to see it for yourself.”