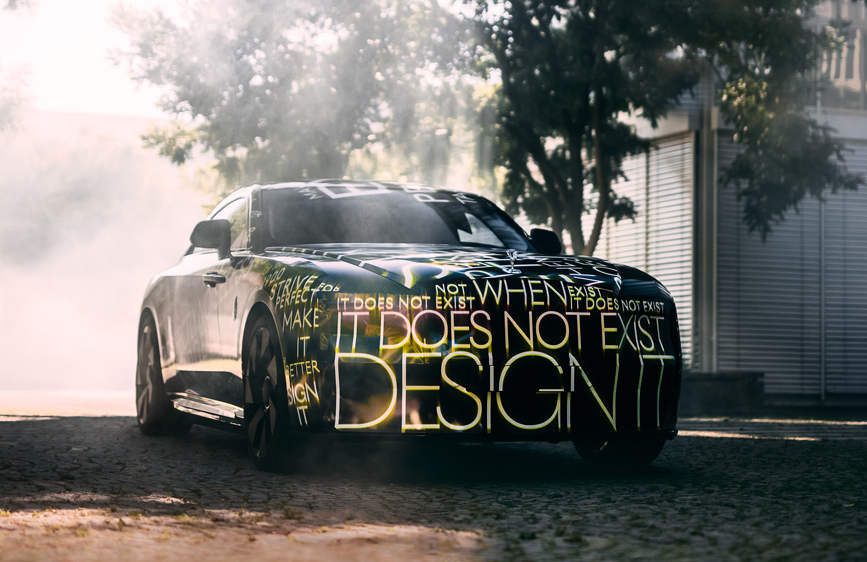 The announcement also outed the British marque’s plans for complete electrification by 2030.

It seems that not a day goes by without another automaker tolling a death knell for its own internal combustion engines. Rolls-Royce, however, is not just another manufacturer. The company, known for developing what many consider the world’s finest 12-cylinder motors and its longstanding commitment to them, revealed this morning that it’s developing a production EV named Spectre, which gives the ICE power train’s impending demise a ring of finality

In the official announcement, CEO Torsten Müller-Ötvös put the news in perspective: “Today is the most significant day in the history of Rolls-Royce Motor Cars since 4th May, 1904,” referencing the date that Charles Rolls and Sir Henry Royce first met. “117 years later, I am proud to announce that Rolls-Royce is to begin the on-road testing program for an extraordinary new product that will elevate the global all-electric car revolution.” 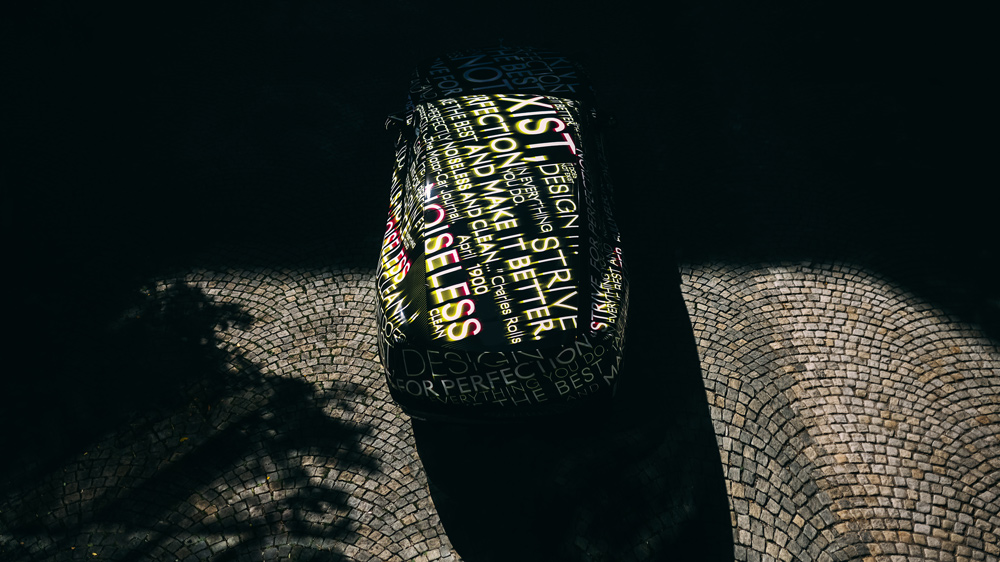 Other than the name, Rolls-Royce is keeping most of the specifics of its first production EV under wraps. Photo: Courtesy of Rolls-Royce Motor Cars.

Charles Rolls himself foreshadowed this moment for the brand in a quote from early last century, observing that “the electric car is perfectly noiseless and clean. There is no smell or vibration, and they should become very useful when fixed charging stations can be arranged. But for now, I do not anticipate that they will be very serviceable—at least for many years to come.” Perhaps it’s taken longer than expected, but the automotive industry has finally caught up to his prescience.

Although Rolls-Royce teased the market with its 102EX all-electric Phantom prototype and the Vision Next 100 autonomous fantasy in 2011 and 2016, respectively, they were one-off proof of concepts, as opposed to this latest EV which is headed—eventually—for the assembly line. Spectre is about to be put through its paces, which will involve being driven more than 2.4 million kilometres in varying conditions around the world, which means there are no specifics on performance specs, motor configuration, storage capacity or range to be reported yet. One of the only details divulged so far is that it will be built on the same aluminium space-frame architecture used for the current Phantom, Cullinan and Ghost. 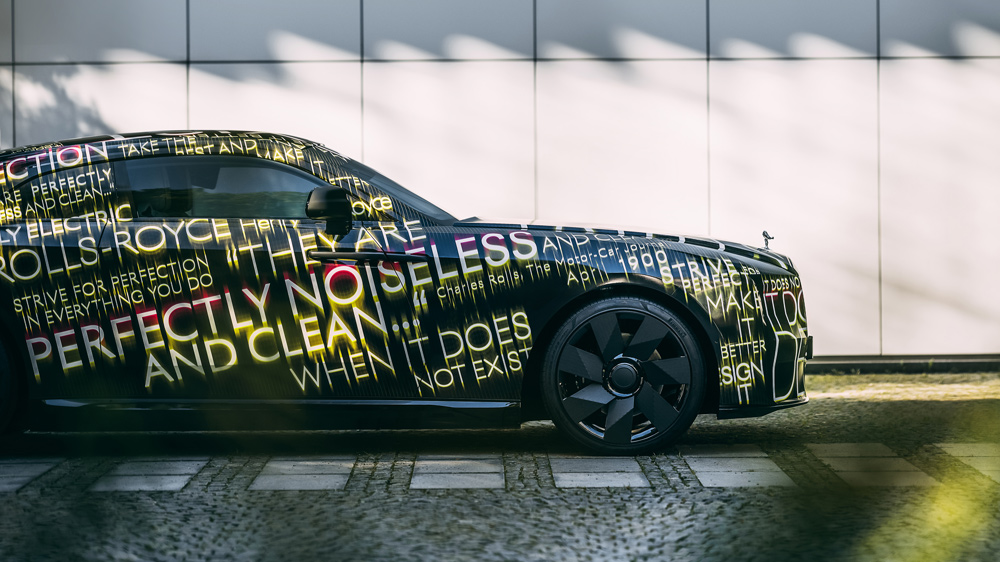 What has been disclosed, however, is the somewhat shocking news that the famed Spirit of Ecstasy hood ornament will sit atop a completely electric lineup by 2030 (notably, the exact timeline targeted by competitor Bentley). According to Müller-Ötvös, “by then, Rolls-Royce will no longer be in the business of creating or selling any internal-combustion-engine motor cars.”

Summoning up the Spectre moniker for the battery-powered ride stays true to Rolls-Royce’s naming convention, which tends to invoke the supernatural and apparitional with models like the Phantom, Wraith and Ghost. “This name perfectly matches the extraordinary Rolls-Royce that we are announcing today,” Müller-Ötvös said, calling it “a motor car that makes its presence felt before disappearing into a world inaccessible to all but the very few.” 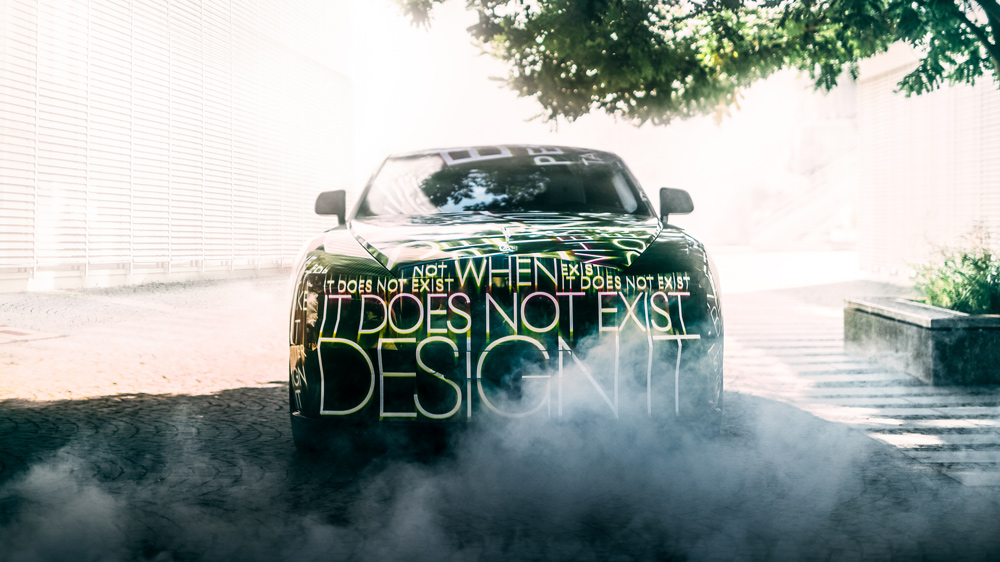 The automaker has revealed that its entire model line will be completely electric by 2030. Photo: Courtesy of Rolls-Royce Motor Cars.

Interestingly, the same might be said for what end up being the very last gas-fueled examples to roll out of Goodwood, which will likely be seen only on concours lawns and in private collections. As for when Spectre will materialise in showrooms, we’re told to expect the fourth quarter of 2023.