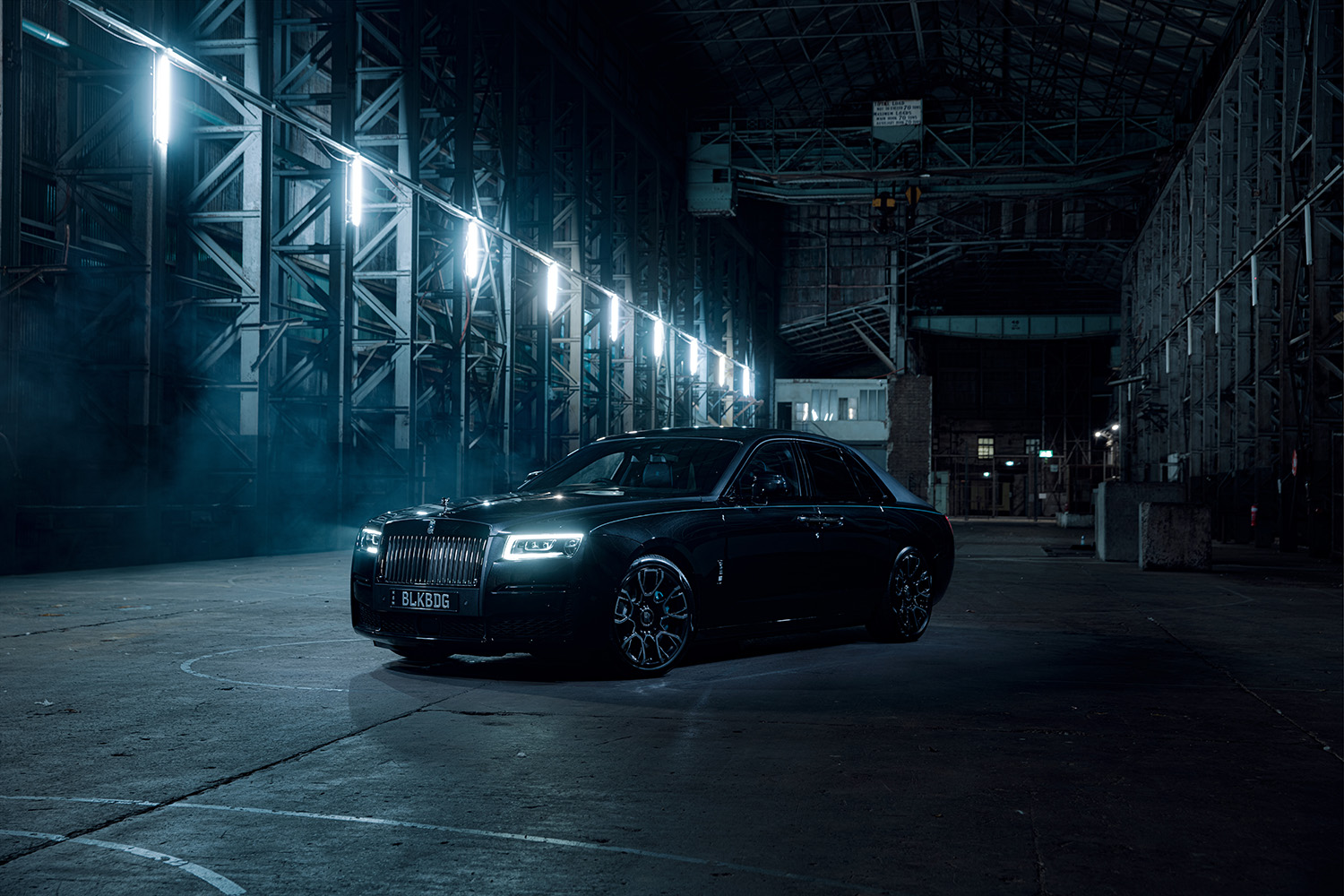 This Roller’s darkened attitude and V12 could mean it’s time to sit up front.

In the world of premium products, brands really do have to push the envelope to extremes to get noticed, and if that means making watches that don’t really tell the time, so be it.

Witness the Big Bang Unico Sapphire All Black watch by Hublot, a timepiece that sold the idea of ‘invisible visibility, as in a watch that was black with black hands on a background so black that light could not escape it. And or could time, as it was exceedingly difficult to read the damn thing.

As Hublot attempted to explain it to me: “Technically it is invisible, but, conversely, the time display is rendered visible”. Let’s be honest, the aforementioned horological wonder is just that—a piece of art and fine jewellery and an example of wider luxury storytelling.

Still, you can understand why I was a little concerned when Rolls-Royce offered up the Black Badge version of its famed Ghost. 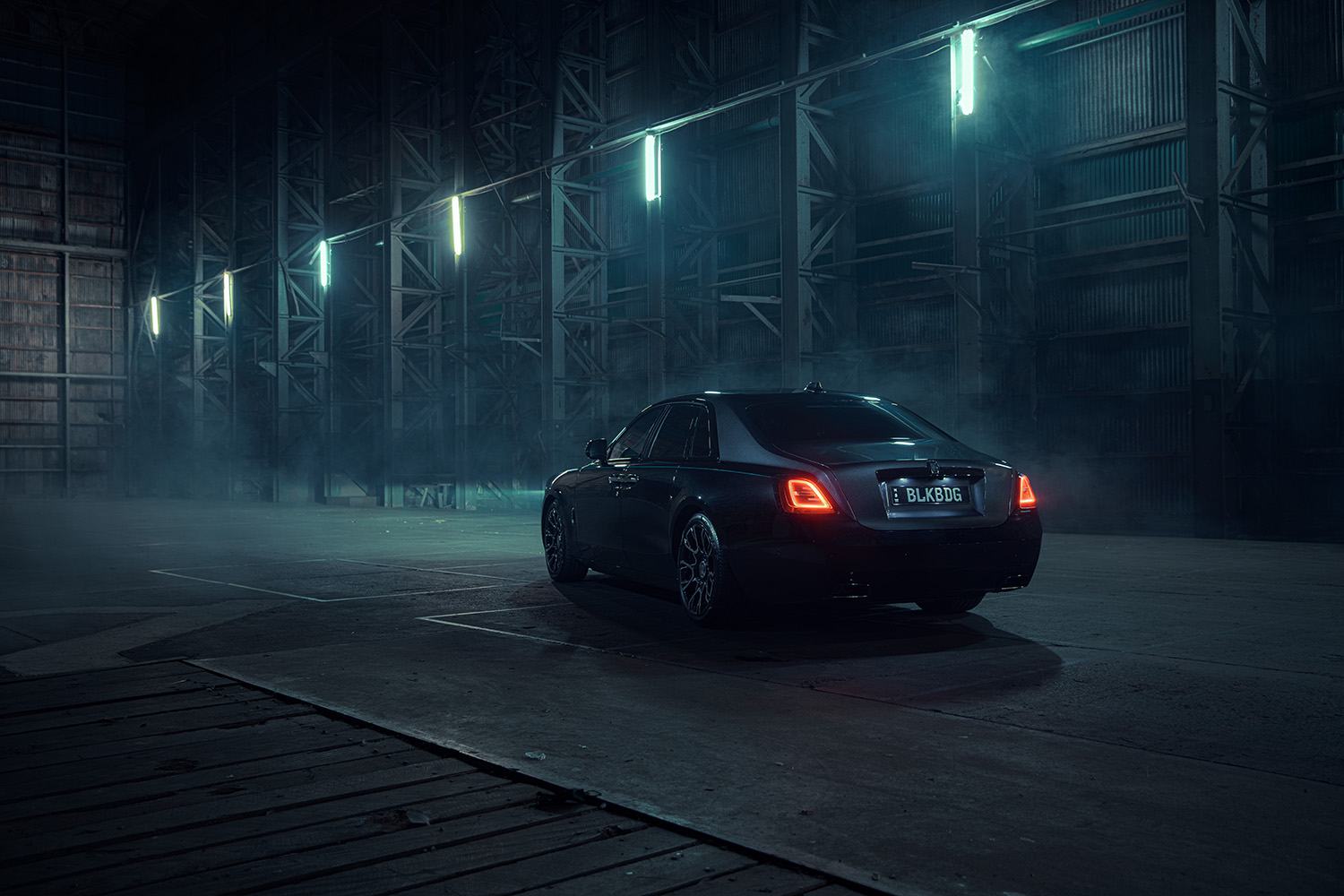 Helpfully the brand explained that the Black Badge variant was built for “customers whose desire for luxury is bold and non-conformist; who have created new codes of luxury that resonate with their sensibilities—darker in aesthetic, assertive in character and bold in design.”

It’s also literally quite black—which just might have been the quicker and easier way to explain things. Regardless, I need not have worried, because in layman’s terms the Black Badge version of the already gorgeous Ghost is simply a faster and more exciting Roller, with its twin-turbocharged 6.75-litre V12 engine tweaked to make 21 kW and 50Nm more than before (for a total of 441kW and 900Nm). 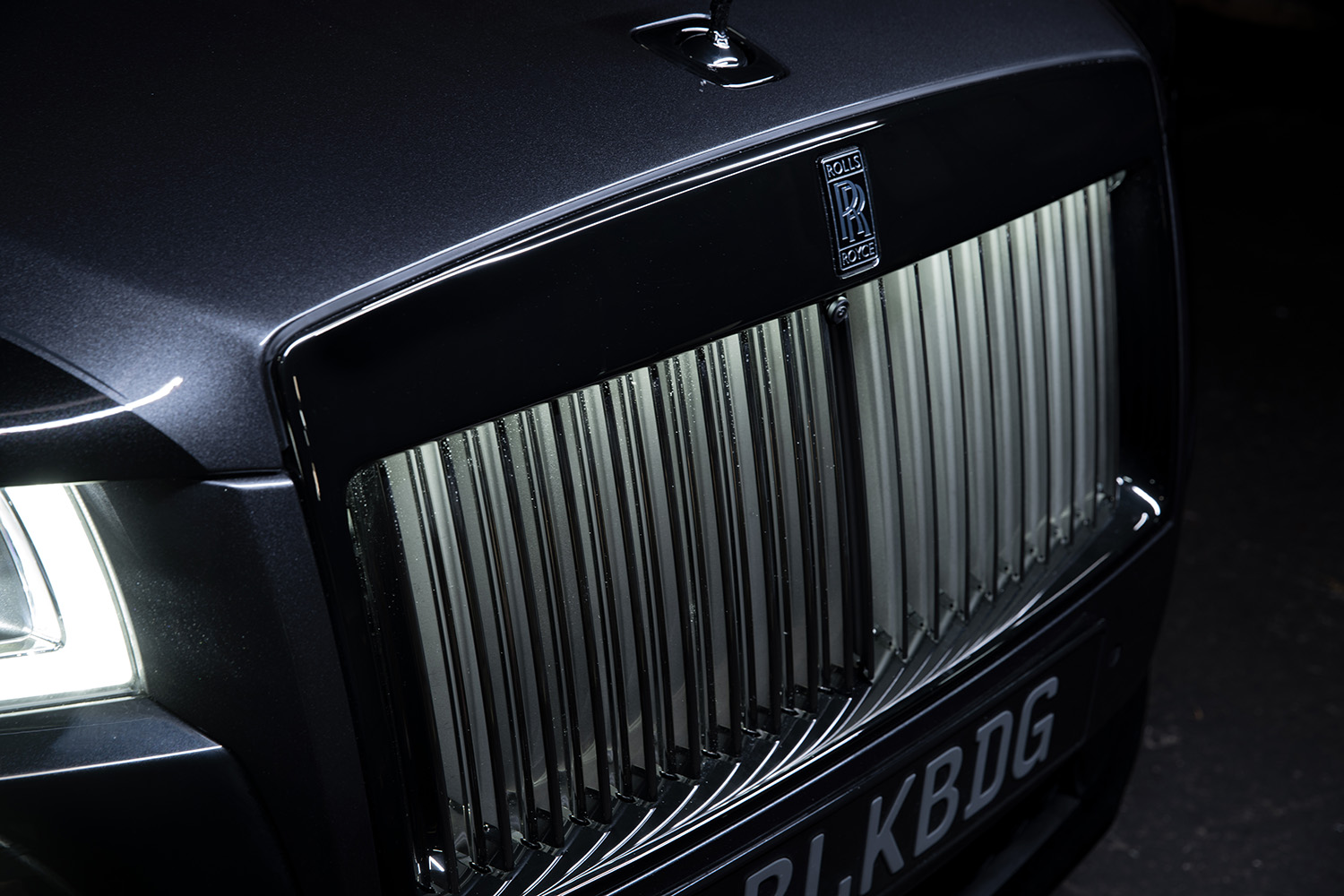 Yes, those are numbers worthy of a supercar. But when you build a vehicle that oozes opulence from every pore and contains not only enough luscious leather and fine timber to build a three-storey- high glamping teepee, it’s going to weigh a lot more than a Ferrari. Sure enough, this Ghost tips the scales at 2.5 tonnes, which is at least part of what makes it feel so solid and planted to the road, and yet still that V12 engine manages to push all that luxury to 100 km/h in a very rapid 4.7 seconds.

It’s hard, perhaps impossible, to think of another vehicle on Earth that could perform that feat with so little fuss. And noise. Piling on speed, like everything else about the Rolls-Royce Ghost, is effortless, but the Black Badge version does do it with a certain polite urgency.

Frankly, it’s hard to focus on things like performance with a vehicle like this, because I can honestly say I’ve never wanted to drive a car less—and I mean that in the nicest possible way. 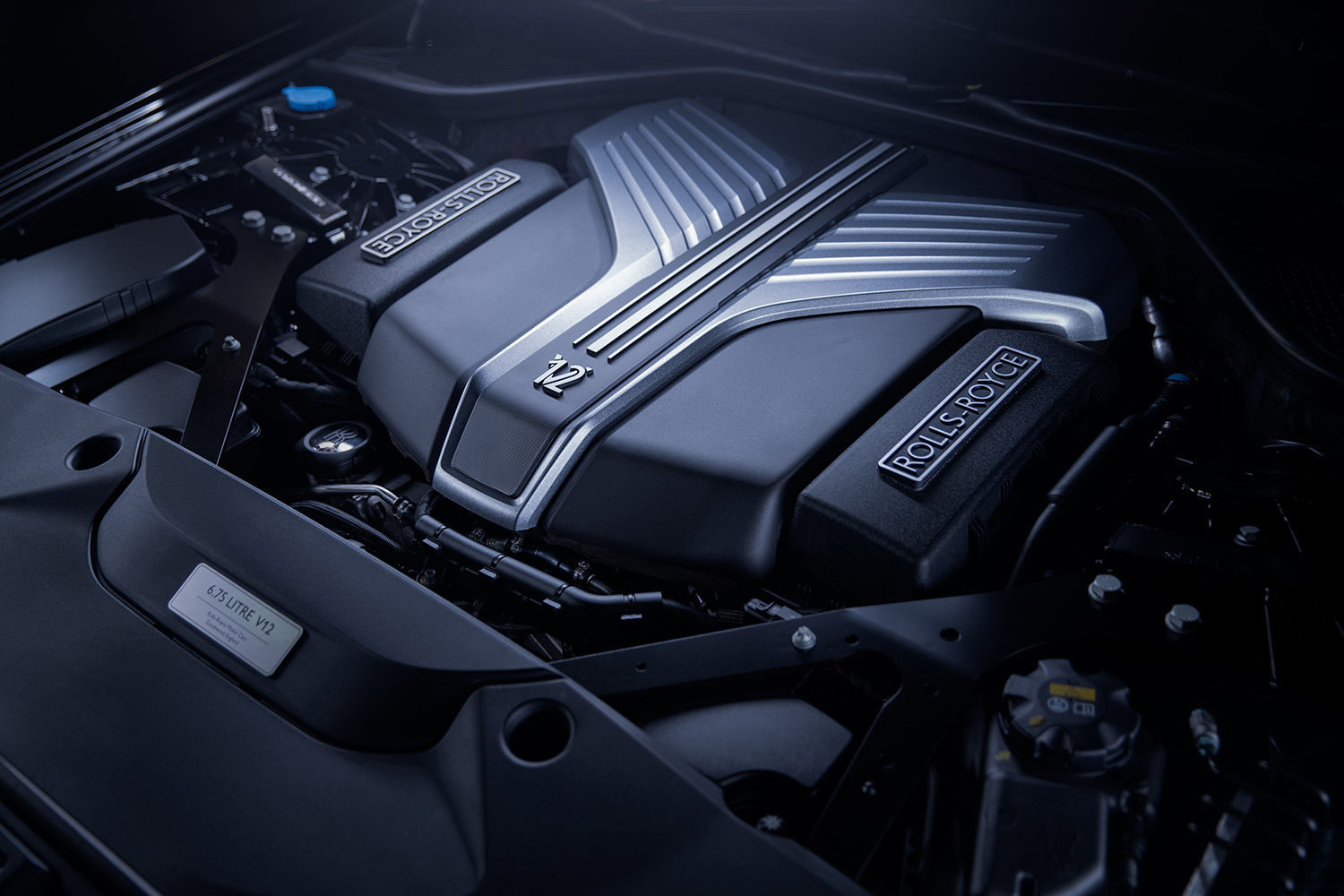 The fact is, it’s just so stupendously, lusciously comfortable in the back, with the tempting champagne fridge between the two cavernous seats (it has two temperature settings, of course, one for vintage and another, hardly used one for non-vintage bubbles), the televisions and tables in front of you, the unbelievably deep and luxuriant lambswool carpets tickling your feet (yes, I did take my shoes off, but you just have to).

I’d be happy to just sit still in this Rolls, staring up at the stars sewn into the roof with optic fibres (you even get shooting stars flitting across, occasionally, just as yet another “surprise and delight” feature) and listening to the stereo.

Rather than sourcing a system from some high-end HiFi company, Rolls makes its own Bespoke Audio and its perfection is built into the design from day one. Certain metals are used in the doors, for example, because they provide a more pleasing resonant frequency. It is, without exaggeration, the most fantastic sound experience I’ve ever had in my life, and I loved it so much I didn’t even mind the fact that my ears were still bleeding, slightly, three days after I returned the car.

The Ghost’s interior is a veritable pleasure palace—a cosseting capsule that seals you away from the world. But this is the Black Badge version, so I forced myself to focus on its driving chops, and can report that they are also a feast for the senses.

Rolls-Royce knows how to make a car that rides as if the road beneath it has ceased to exist. Its cars don’t engage with bumps, they “waft” over them, and it’s lovely. So you can drive this car in an extremely relaxing manner, but should you want to explore its limits, or if you’re in a particular hurry, it has another side entirely. 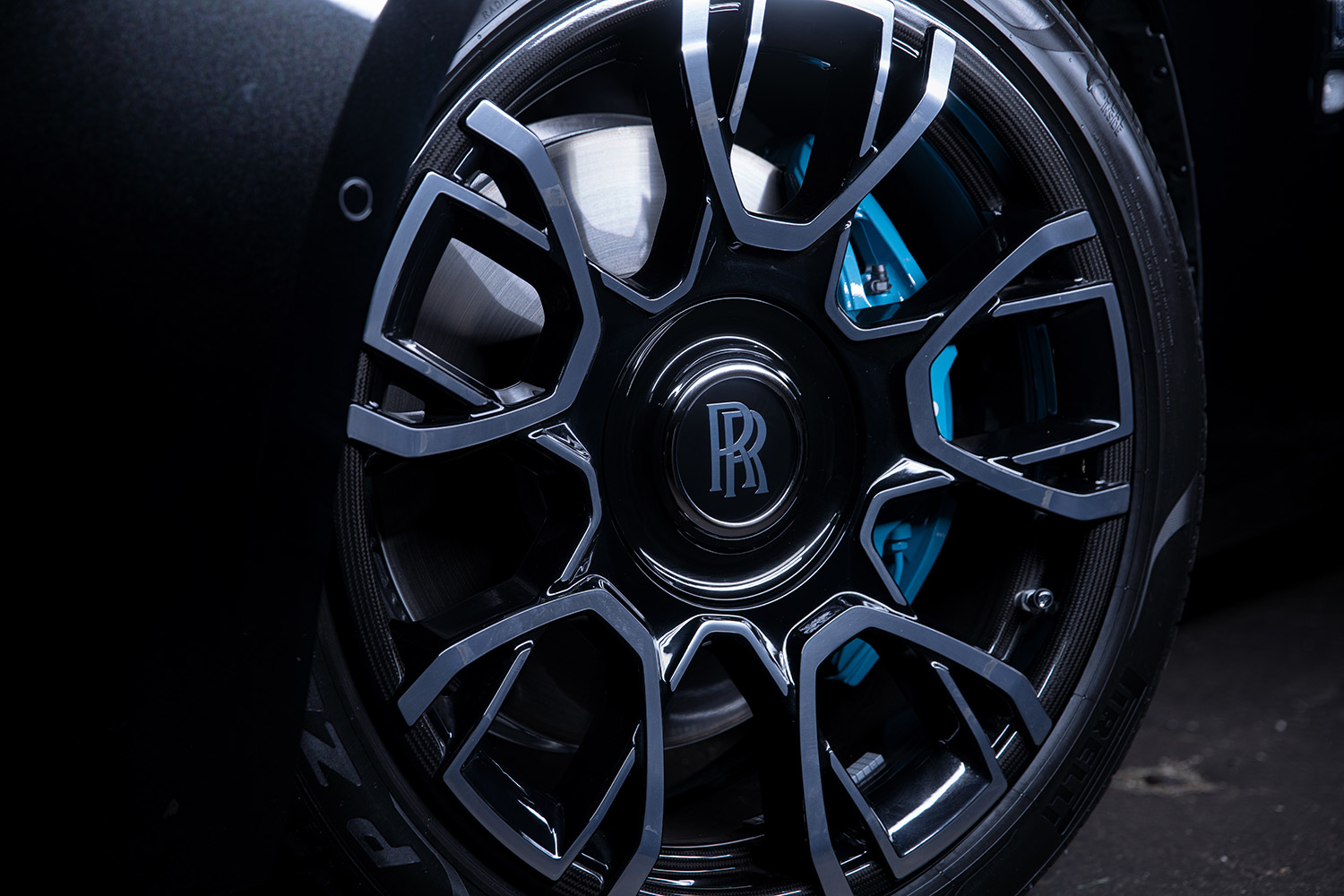 Engage the right foot with enthusiasm and the Ghost can almost scare you with its fierce acceleration. It also provides solid feedback through its charming old-school steering wheel, and while the noise of its V12 gorging itself on fuel sounds far away, it’s still a pleasant roar.

The fact that you can throw this much car into bends and even through changes of direction without it understeering or misbehaving is also hugely impressive.

Pushing it too hard was just a little beyond my bravery, sadly, as there was a number looming in the back of my mind at all times—that number being One Million Dollars and the worth of our gifted ride.

That was with a few selected options— as the base Rolls-Royce Ghost Black Badge starts at just $745,000. It would be worth paying that for the stereo alone.