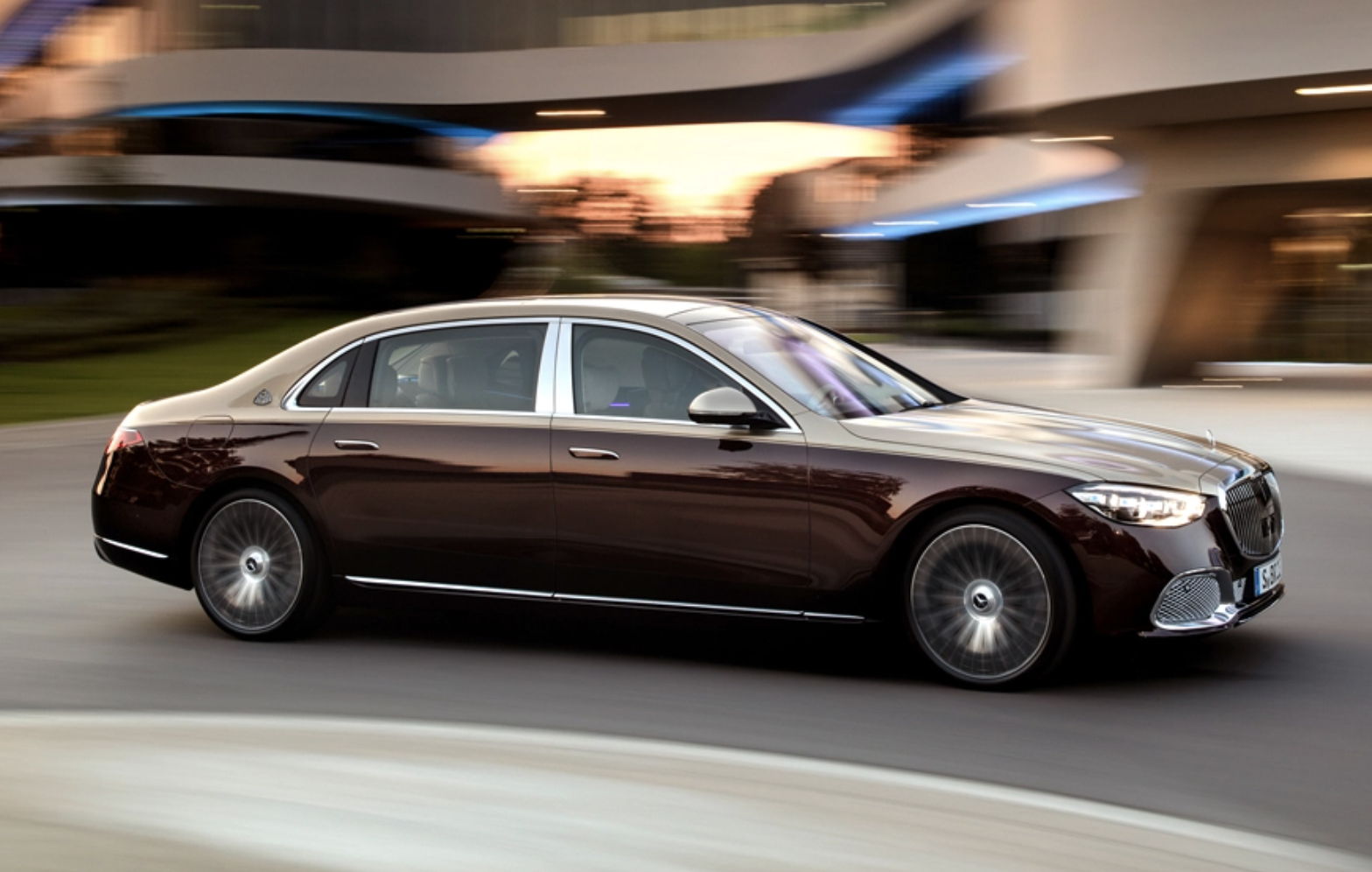 Ever since Mercedes resurrected the famous German marque as a stand-alone brand in 2002, Maybach has been synonymous with ultra-luxe models.

When Mercedes-Benz launched the seventh-generation S-Class in 2020, there was much fanfare surrounding its MBUX “Hey Mercedes” technology and further advancement of safety and comfort features. For decades, the S-Class has set the standard against which most other luxury cars are measured, and it’s certainly popular, considering the fact that it outsells every other domestic, European and Asian competitor in its class.

There’s no shame in ubiquity . . . one night on the town will challenge any observer to count the same brand of high-end watches, handbags or heels worn by the fashionistas. But for those who want their Mercedes-Benz S-Class to stand out from the crowd, the Mercedes-Maybach variant will surely fit the bill. 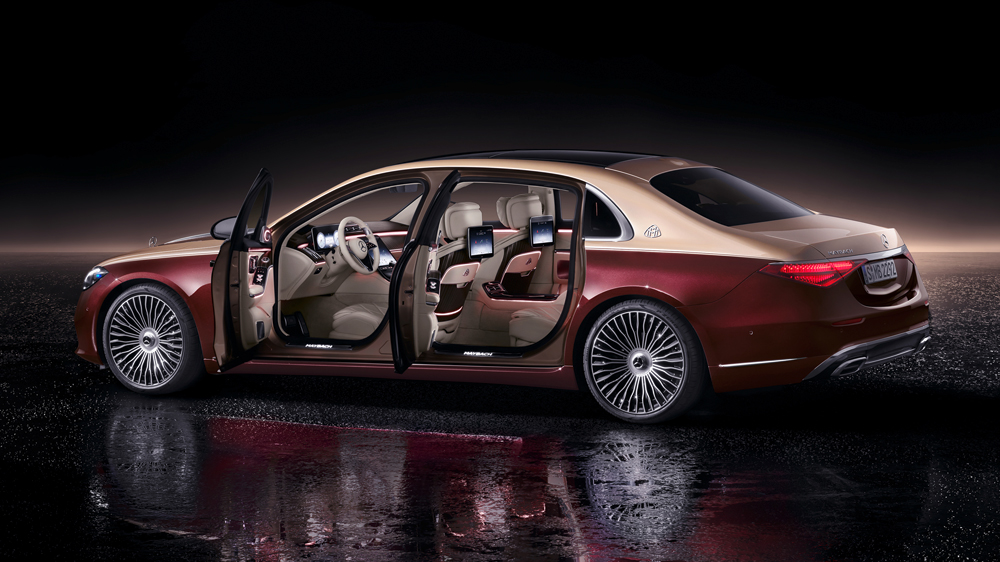 Think of it as the most over-the-top S-Class available, with the name “Maybach” instead of “Benz.” We’re not sure what Karl Benz, if he were alive today, would say about Wilhelm Maybach’s surname replacing his own, but ever since Mercedes resurrected the famous German marque as a stand-alone brand in 2002, Maybach has been synonymous with ultra-luxe models.

Mercedes changed things up a bit in 2015 when they adopted the Maybach moniker to represent the very pinnacle of the S-Class line, so now, if one wants to go for the gold, the Mercedes-Maybach S 580 4Matic (and soon-to-come V-12-powered S 680) is just what Herr Doktor ordered. Admittedly, we were not prepared for the attention the entire two-tone automobile would attract.

The polished grill, defined by 27 vertical bars, is very formal, and the first indication that this is not a regular S-Class. Although Mercedes’ silver star crowns the hood, an historically correct Maybach logo is situated on each wide C-pillar, and illuminates from the sides in the event observers need be reminded of who’s who. Details like that will delight owners as they discover luxurious touches inside and out. Wheels are available in 19- to 21-inch diameters. The Maybach-exclusive 21-inch “Champagne Flute” multi-spoke rims of our car, finished in polished aluminium and gloss black, give the vehicle a sophisticated yet slightly aggressive stance that suggests there’s plenty of brawn under the tuxedo. 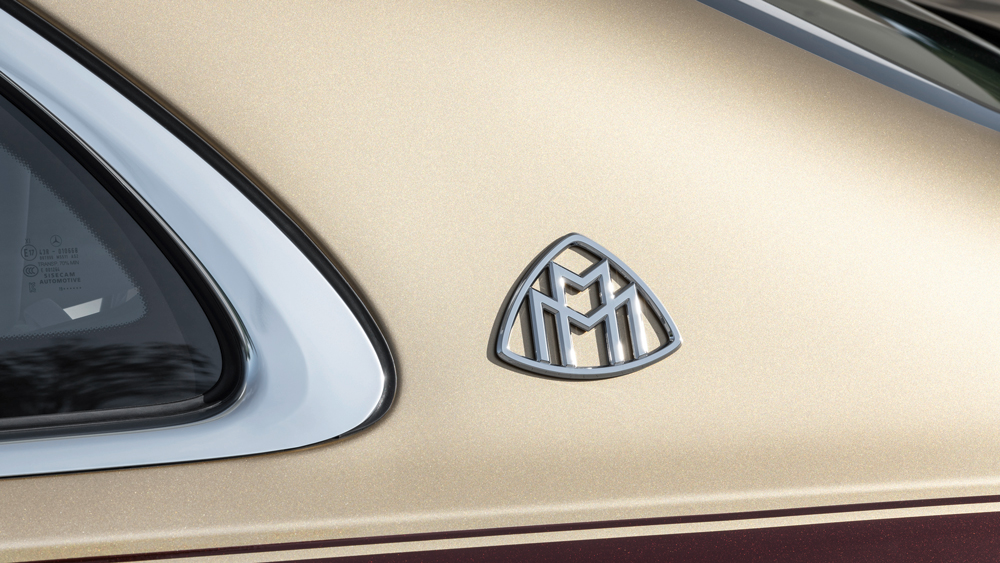 The Maybach logo is situated on each wide C-pillar, and illuminates from the sides. Mercedes-Benz AG

The same Mercedes-Benz 4.0-liter, twin-turbocharged V-8 engine powers all S 580 S-Class sedans, and this benefits from Mild Hybrid Drive. Electrification is via an integrated starter-generator (ISG) that provides boost of up to 15kW, optimising efficiency that’s noticeable through a “gliding” sensation when driving at constant speed. Straight-line performance is impressive, and the output of 370kW at 5,500 rpm is supported by 700Nm of torque in a sweet-spot powerband of 2,000 to 4,000 rpm. As for acceleration, the car covers zero to 100km/h in 4.7 seconds. And a nine-speed automatic transmission and all-wheel drive come standard.

We had an opportunity to press the big Mercedes-Maybach into service for a round-trip run between Los Angeles and San Diego. The irony was not lost on us that our destination was a Rolls-Royce Owners’ Club meeting, where ancient forebears of that marque gathered for the weekend. The Mercedes-Maybach acquitted itself as the perfect freeway flyer, making quick and painless work of the journey. Its dreamy ride is enhanced with an Airmatic air suspension, which continuously adjusts damping to smooth uneven roads and soak up choppy freeway surfaces. 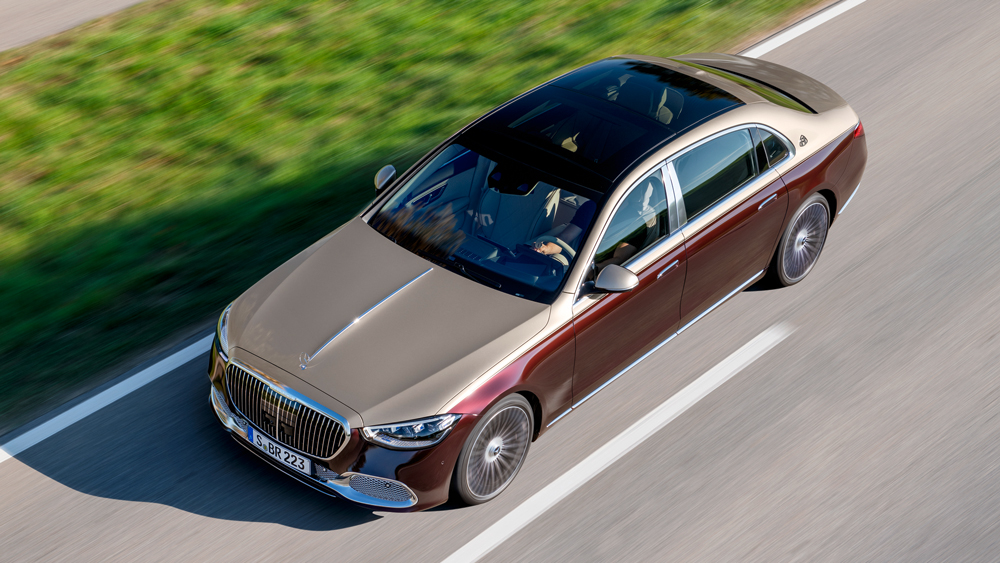 That rear-axle steering is especially welcome, insofar as the Mercedes-Maybach S 580 has a wheelbase that’s seven inches longer than the standard Mercedes-Benz S-Class: 133.7 inches compared to 126.6 inches. That makes for a long car—one whose raison d’être is to transport its two rear passengers in the lap of luxury. The emphasis on the rear cabin is underscored by new comfort features like the calf-rest massage function and neck/shoulder heating, with optional appointments like Champagne flutes and a refrigerated beverage cooler in the rear console. 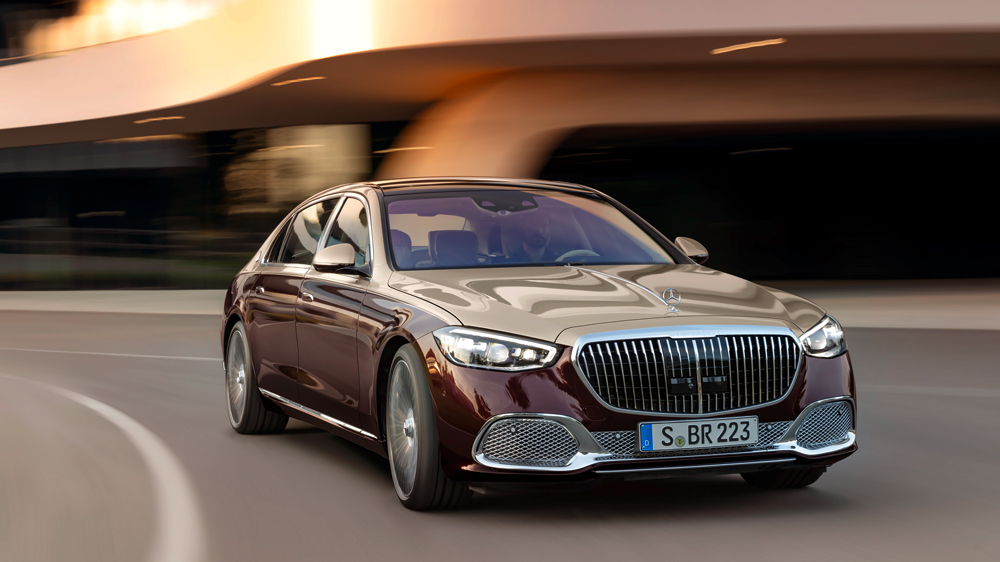 The Mercedes-Maybach S 580 has a wheelbase that’s seven inches longer than the standard S-Class. Mercedes-Benz AG

Terms like “legroom” could be replaced with “living room.” The exclusively designed seats, both front and rear, feature a progressive diamond pattern and double seams, while cloud-like pillows and headrests are right out of a first-class airline cabin. But its commodious nether region is no reason to underestimate the pleasures of enjoying the Mercedes-Maybach from either front seat, or especially from behind the wheel. In fact, it’s a great driver’s car, where the pilot is comfortably ensconced, surrounded by a sculpted dash, centre console and armrests that appear to float above an illuminated strip of coloured light. 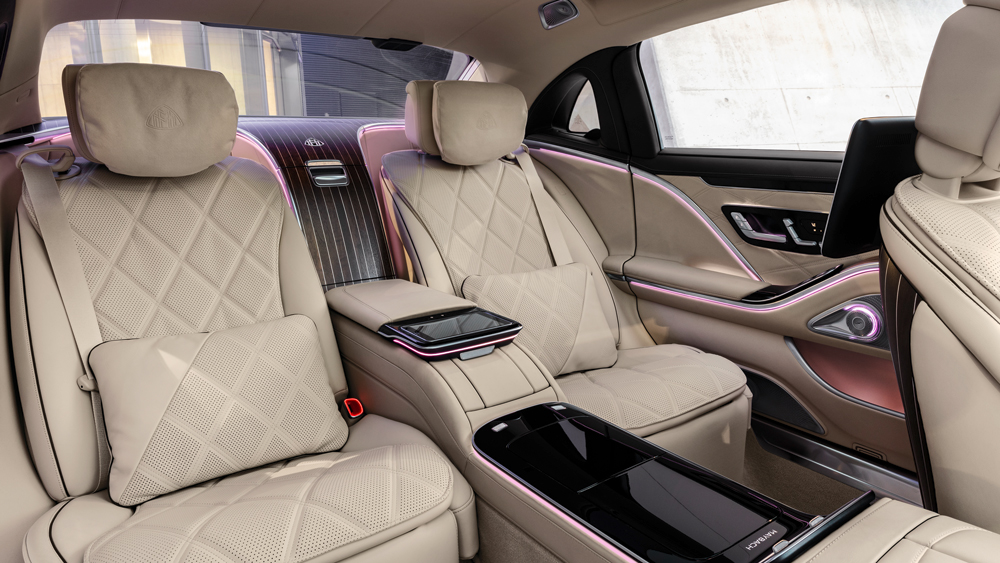 The Mercedes-Maybach sedan is also a tech-lovers dream, with five display screens that include a 12.8-inch OLED display which functions as the driver’s control center. And wood veneer is everywhere, suggesting an almost nautical theme.

Whether driving or being driven, the Mercedes-Maybach S 580 4Matic will spoil its owner with comfort and opulence like few other cars. The model starts at $329,900.