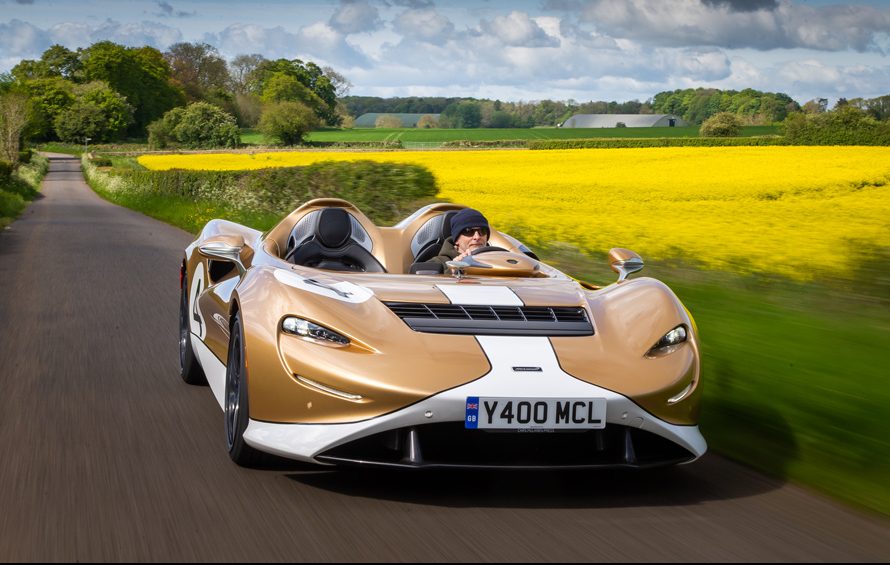 Just like London buses, you wait ages for a roofless British hypercar and then two come along at the same time.  While the Italian Ferrari Monza arguably started the extreme roadster trend in 2019, McLaren now has its Elva while Aston Martin has launched the V12 Speedster.

Both limited-edition models come without a roof or a windscreen, each offering a return to the visceral thrill of completely open-air motoring. Understandably, when seeing a chance to dance with the McLaren Elva, we cut right in.

Priced at approx. $2.66 million—almost double that of the Aston Martin V12 Speedster—the madcap McLaren is best explained with a couple of technical stats. The 4.0-litre, twin-turbo V-8—mated to the marque’s seven-speed seamless-shift gearbox—is from the Senna hypercar and pushes out 600kW, while the Elva weighs only 1148kg, some 600kg less than the V12 Speedster. 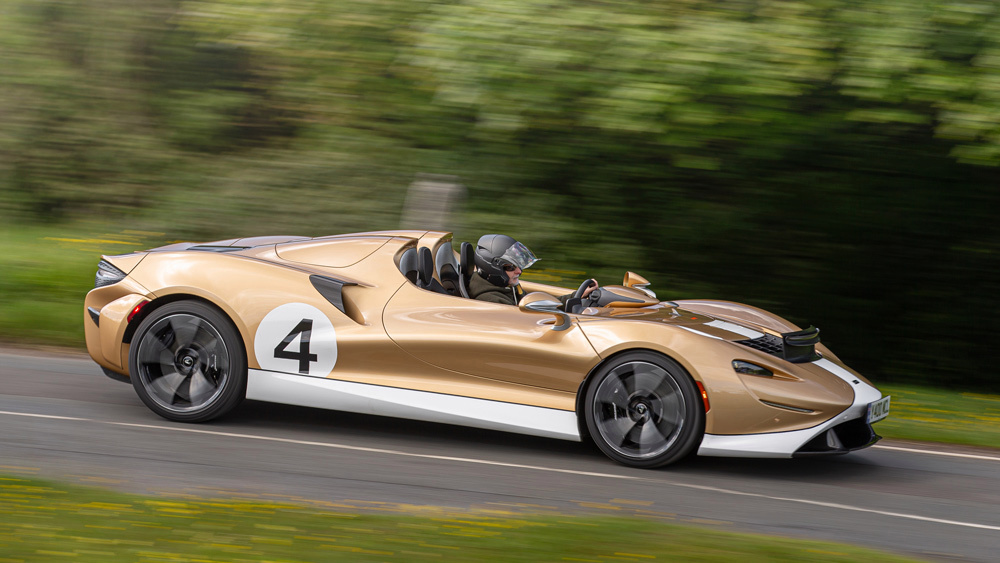 On a windy but dry day in the picturesque English Cotswolds, a 2.8 second dash to 100km/h is naturally adrenaline-inducing by itself. Enhancing the rush this day is the fact that the lightweight Elva brings the experience full in the face, with the driver positioned high in the seat and the door tops at roughly chest level.

A buffering beyond endurance? It would be, except this McLaren has an ace up its sleeve. Those gaping slots in the hood gulp air in and are a key part of the Elva’s Active Air Management System (AAMS), activated via a discreet—and rather difficult to locate—button beside the steering column. 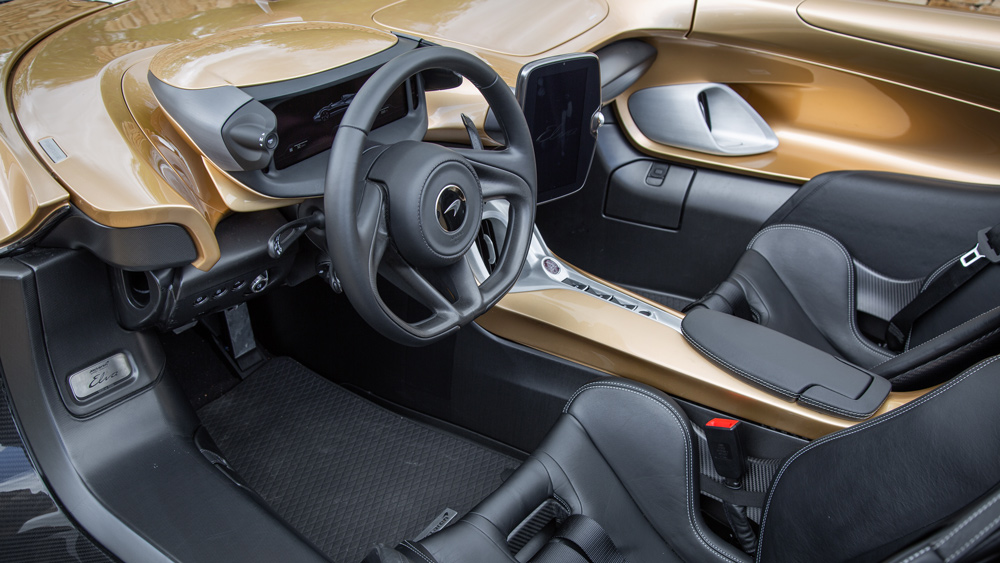 The driver is positioned high in the seat with the door tops at roughly chest level. Photo by Chris Brown, courtesy of McLaren Automotive Limited.

When pressed, a roughly 6-inch hood flap elevates when the car moves over 45km/h, forcing air up and over the cockpit and, theoretically, cocooning both the driver and passenger in a bubble of calm. The buffer does automatically limit the Elva to 200km/h, although most drivers will be slowing down for oxygen long before that. Otherwise, the top speed is 326km/h, but wind pressure on the requisite helmet would be greater than that encountered in a Formula 1 car. 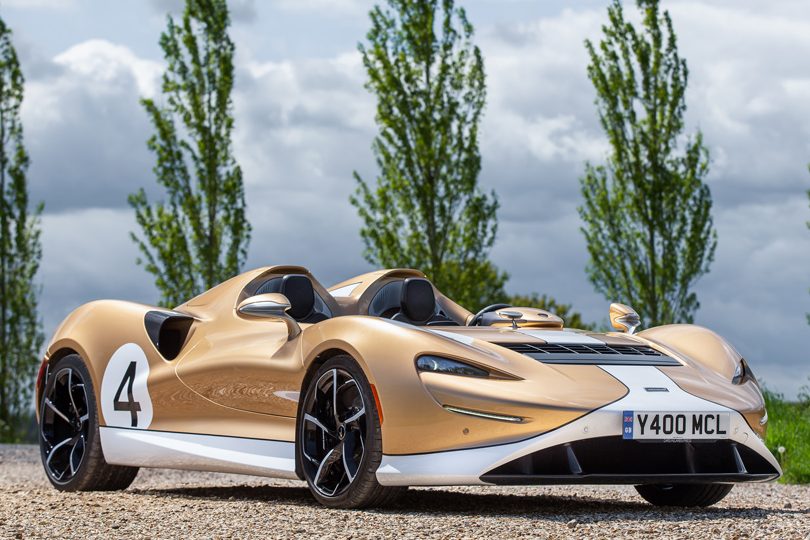 The slots in the hood gulp air in and are a key part of the Elva’s Active Air Management System. Photo: Courtesy of McLaren Automotive Limited.

Without AAMS, the blast of air, even at 80km/h, is enough to leave occupants fighting for breath. For those determined to remould their faces at triple-digit racetrack speeds, McLaren provides a pair of bespoke helmets which, unlike those for the V12 Speedster, don’t fit neatly inside the distinctive humps behind the headrests. 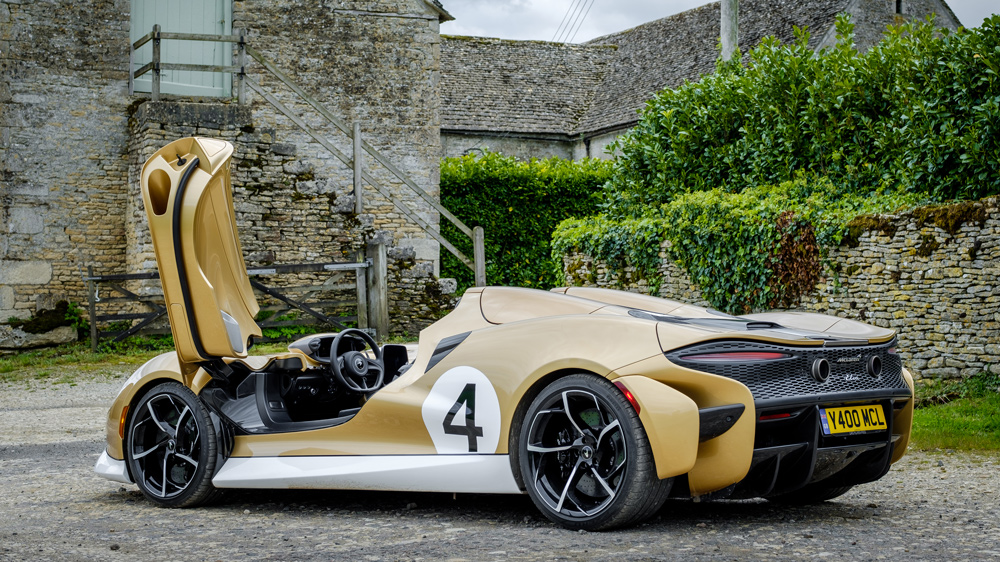 Weighing only 1148kg, the Elva is powered by the McLaren Senna’s same 4.0-litre V8. Photo: Courtesy of McLaren Automotive Limited.

With or without helmets, and whether the AAMS is on or off, driving the Elva is for hardcore enthusiasts only. The wind deflector certainly takes some of the sting out of the experience, but not much. I once rode a four-man bobsled to podium glory at Innsbruck, but the brutal battering was nowhere near as bad.

Not only that, despite being fitted with satellite navigation, a powerful heater and head-height speakers for a punchy sound system, the Elva is totally impractical for everyday use or journeys of any great consequence. But, then, who would expect it to be? 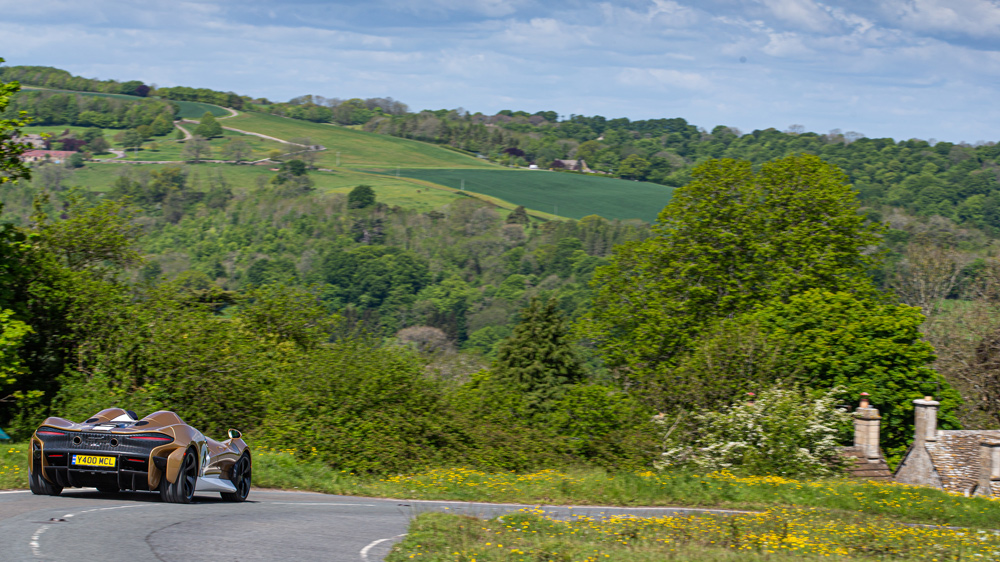 The Elva cuts its way through the English Cotswolds. Photo: Courtesy of McLaren Automotive Limited.

At least it’s equipped with an emergency tonneau cover, but it’s only for use when the car is stationary. As far as safety measures, the McLaren—unlike the Aston Martin—also has airbags that have been specially designed to inflate without the need to deflect off a windscreen, a feature that only slightly lessens the palpable feeling of vulnerability. Yet offering a new level of exposure to automotive performance is, after all, what the Elva is truly about.