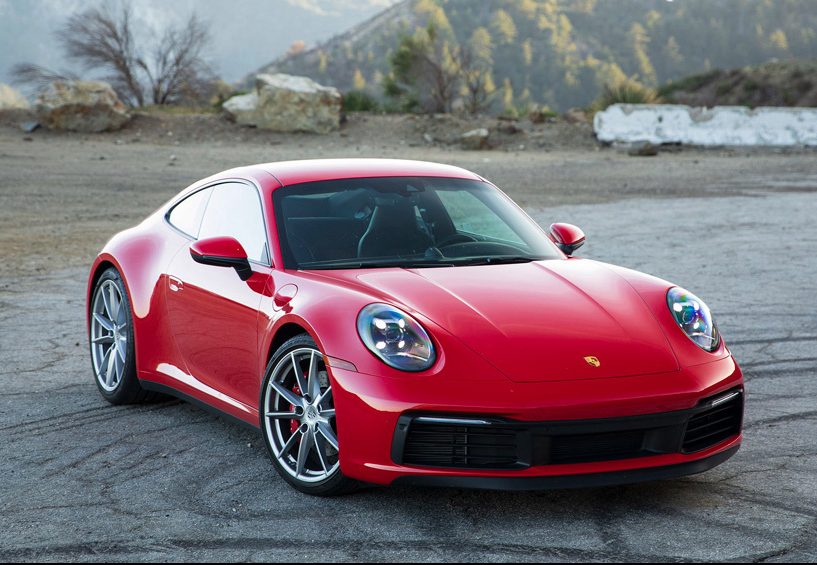 This three-pedal 911 reminds us why some combinations stand the test of time.

Over the years, Porsche 911 purists have balked each time the marque has bowed to modernity. The end of the air-cooled era, the switch to electrically assisted power steering and the turbocharging of non-Turbo-model Carreras come to mind as some of the most notable controversial decisions in recent history. And yet despite these concessions to convention, the 911 Carrera has continued to be one of the benchmarks by which all other sports cars are measured.

Of course, it helps that the 992-generation Carrera S is a formidable machine that’s capable of delivering a Nürburgring Nordschleife lap time of 7 minutes 25 seconds—a figure which makes it 5 seconds faster than its predecessor and puts it in the company of supercars like the Ferrari 812 Superfast and Lamborghini Huracán LP 610-4. When outfitted with the eight-speed PDK dual-clutch gearbox, the latest Carrera S will also rocket to 97km/h from a standstill in just over 3 seconds; another stat that’s decidedly in supercar territory. So why would anyone go for a power-train configuration that includes a manual transmission which delivers slower lap times and adds almost a second to that zero-to-100km/h sprint? 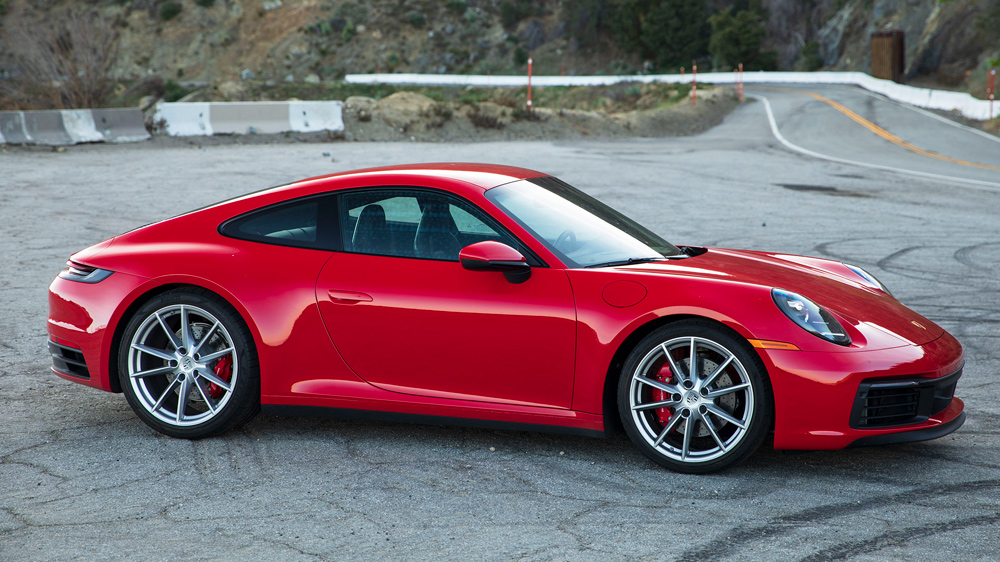 The 2021 Porsche 911 Carrera S with a manual gearbox. Photo by Bradley Iger.

The appeal of Carrera’s seven-speed manual gearbox—offered as a no-cost option—can’t be conveyed through typical performance metrics. Like the Guards Red paint scheme that our car wore, the manual transmission’s allure is not easily quantified, but inherent nonetheless. Make no mistake, even with three pedals, the 1496kg Carrera S is still a brutally quick machine. Porsche offers an official time of 4 seconds flat to 97km/h, and a top speed of 307km/h. But behind the wheel, it feels even more urgent than that.

Credit goes to the sizable amount of mid-range shove provided by the 330kW, 3.0-litre twin-turbocharged flat-six engine, which delivers 529Nm of torque from 2,300 rpm to 5,000 rpm. Though the seven-speed’s gearing is fairly long (you won’t hit redline in third gear until you’re into triple-digit speeds) and there are a lot of gates to keep track of here, the increased level of driver involvement it provides is undoubtedly worth the tradeoff. 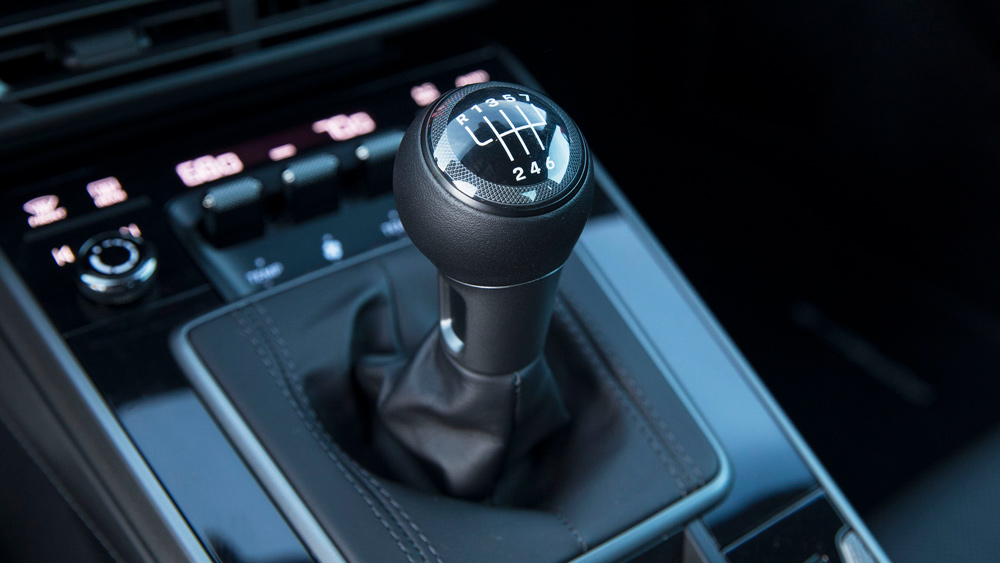 Well-weighted with a clear engagement point, the clutch pedal is ideally suited for spirited sessions in the canyons, but it also never felt like a burden when we found ourselves plodding along in Los Angeles traffic. And although the seven-speed’s shifter doesn’t have quite the same level of buttery-smooth mechanical precision as the 718 Cayman GTS’s six-speed ‘box, rowing through the gears is a thoroughly satisfying affair. Turbo lag is ostensibly non-existent thanks to that wide, flat torque curve that comes on early in the revs, and with our tester’s optional sport exhaust, the boosted engine sings with plenty of authority, encouraging us to wring the mill out to its 7,500 rpm redline whenever possible. 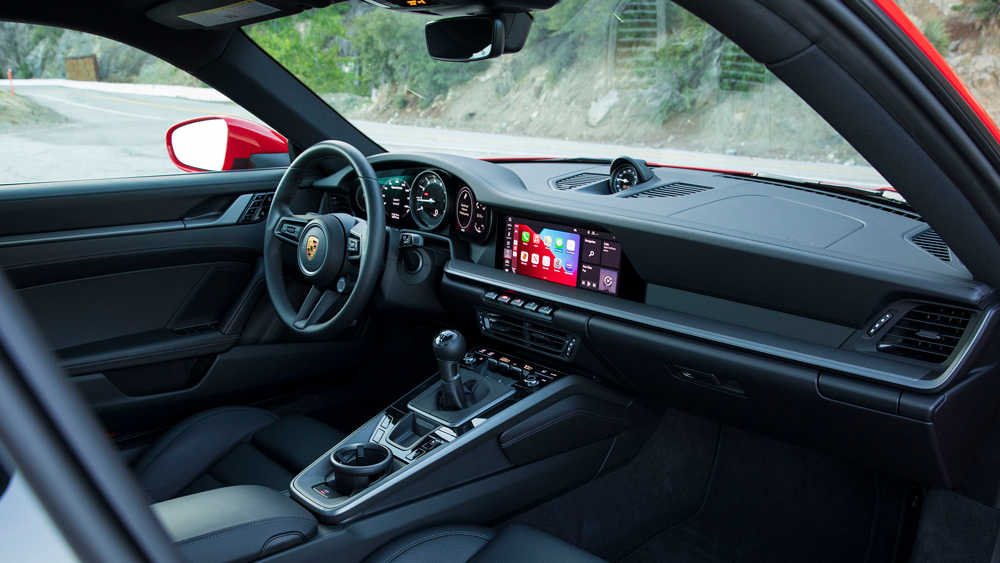 The manual gearbox feels seamlessly integrated with the car’s other systems, simultaneously delivering more involvement without drawing attention to itself in a way that distracts from the drive. Intuitiveness is another characteristic that can’t be easily enumerated but is crucial to the overall experience, and from input effort to its behaviour at speed, the Carrera S delivers it in spades. The harmony achieved here results in a sports car that’s easy to acclimate to, rather than spending time learning how to manage any quirks and shortcomings. The model seldom throws any dynamic curveballs and, instead, encourages the driver to focus on technique in order to extract the most out of the vehicle.

Although its performance capabilities are impressive, perhaps the greatest strength of the Carrera S is its daily usability. For instance, our example was outfitted with the GPS-enabled front-axle lift system, which dutifully raised the front of the car just as we approached our driveway each and every time. But the truth is, even with the optional PASM Sport Suspension outfitted here—which lowers the car’s ride height by .39 inches—raising the axle was rarely necessary, as the design of the front end still provides enough ground clearance to avoid kissing all but the most egregiously steep driveways. 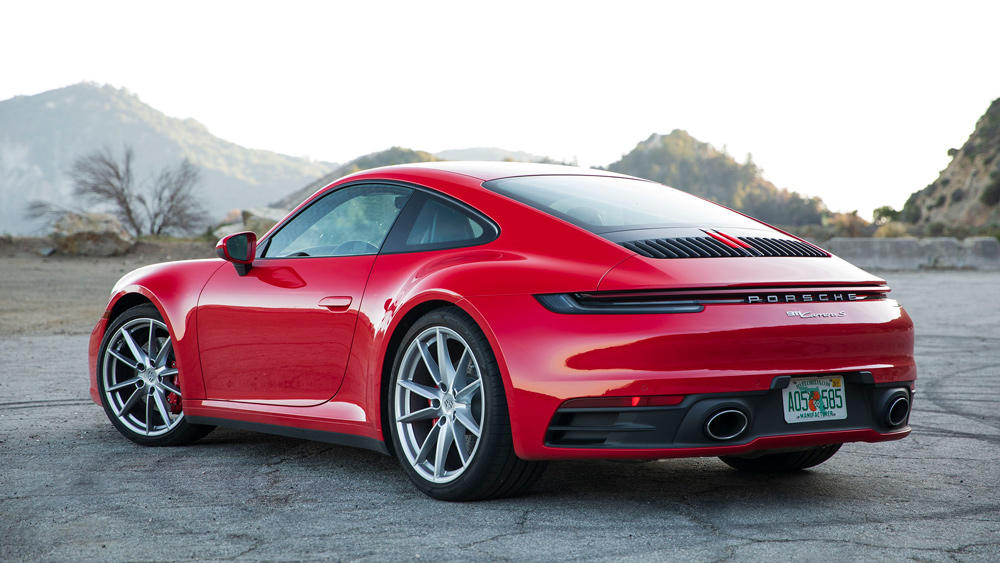 The model boasts a 3.0-litre, twin-turbocharged flat-six engine, which delivers 330kW and 529Nm of torque. Photo by Bradley Iger.

The Carrera S is comfortable, too. While the optional 18-way adaptive sport seats don’t hold one in place as effectively as the carbon buckets in the 992 GT3 we recently drove, they’re far more agreeable for extended stays. After queuing up an album on the fly with wireless Apple CarPlay, and setting the seat ventilation feature to chill our backsides, we found the Carrera S to be a competent grand tourer that can dispatch long driving stints without punishing you for committing to a sports car. Sure, a PDK-equipped version would likely provide an even more effortless method to eat up the miles, but we imagine that few buyers would cite a placid commute as the primary reason for owning a Porsche 911. 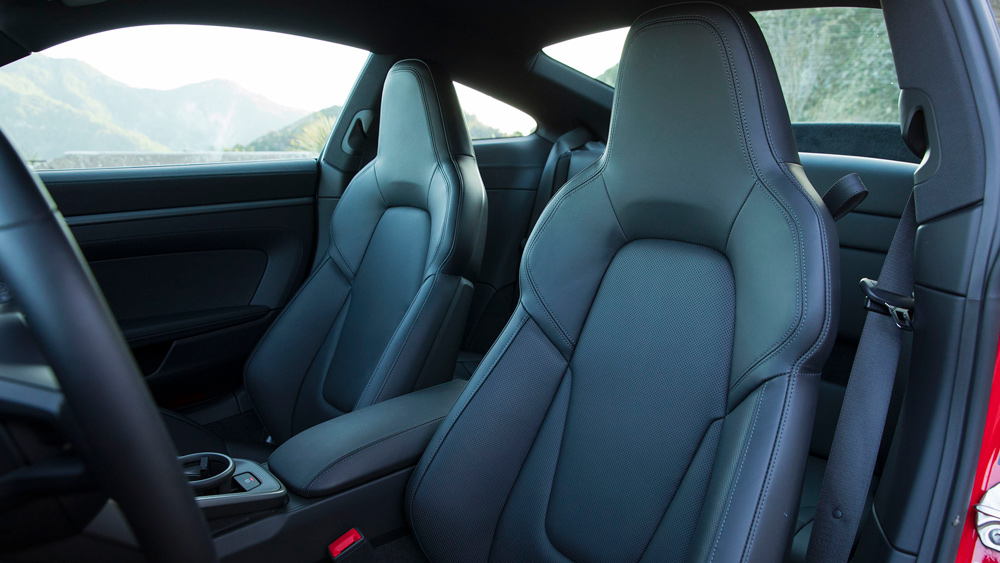 Although modern technology has ensured that logic and emotion no longer have to be mutually exclusive when it comes to performance, the former often ignores some all-important subtext. And to that end, the manual Carrera S feels less like an anachronism and more like a remastered classic for the modern era.